I was looking back over 2017 and I realized I shot A LOT of running last year. It wasn’t necessarily something that was planned, but it ended up that way and I finally felt like it was a year where I was starting to (pun intended) hit my stride with creating solid running images. Don’t get me wrong, I’ve made photos in the past that I was happy with, but it wasn’t without a lot of trial and error and a lot of missed opportunities and patience from my running models. I always felt like I just didn’t know what I wanted to capture. That is until I realized 3 simple rules that helped me approach running photography in a much more consistent and methodical way. I realized that most – not all because every rule has an exception and a reason to be broken – running images had 3 specific things in common: a closed stride that was at the longest point or close to the longest point of the stride, a relaxed and consistent hand position, and the runner’s eyes up and their mouth just sightly open or relaxed. As soon as I realized those points and could effectively communicate to my runners what I was trying to capture, I could start focusing on creating better and more dynamic images. 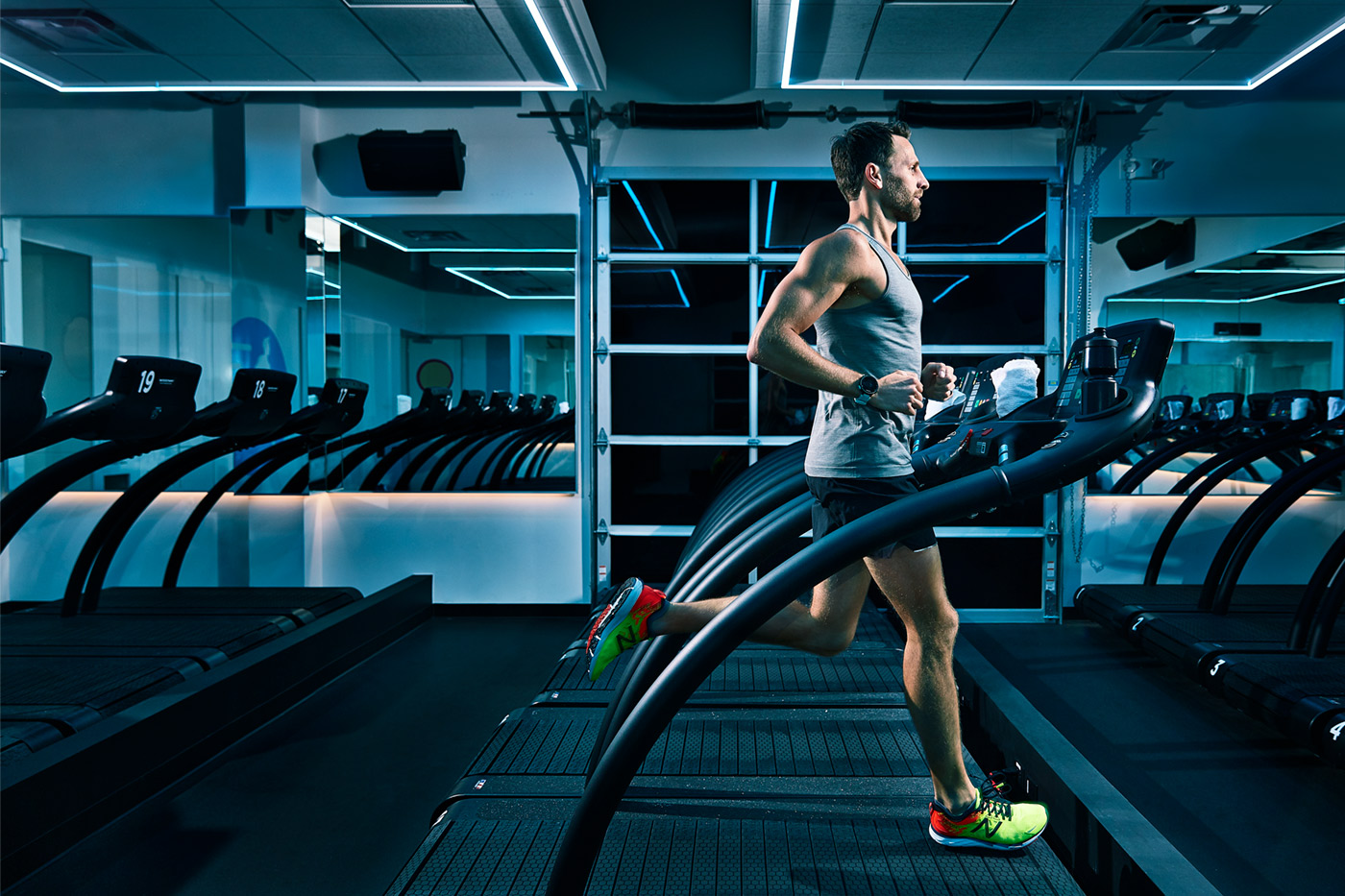 It was actually those exact points that allowed me to really focus on how awesome Jeff’s space was when we showed up at RacePace for the shoot. The cloud lights and mirror lights really added a nice touch and when I found out we could shift the hue of the lights I was completely zoned in on what I wanted to create. The goal was to use the lights we had already in the space to motivate how I lit Jeff while he was running on the treadmill. I wanted it to have punch because the space is built almost like a dance-house but not take the lighting so far that I lost the feel of the space and overwhelmed the subject with lighting. In order to do this I cross lit Jeff and told him to take off running. 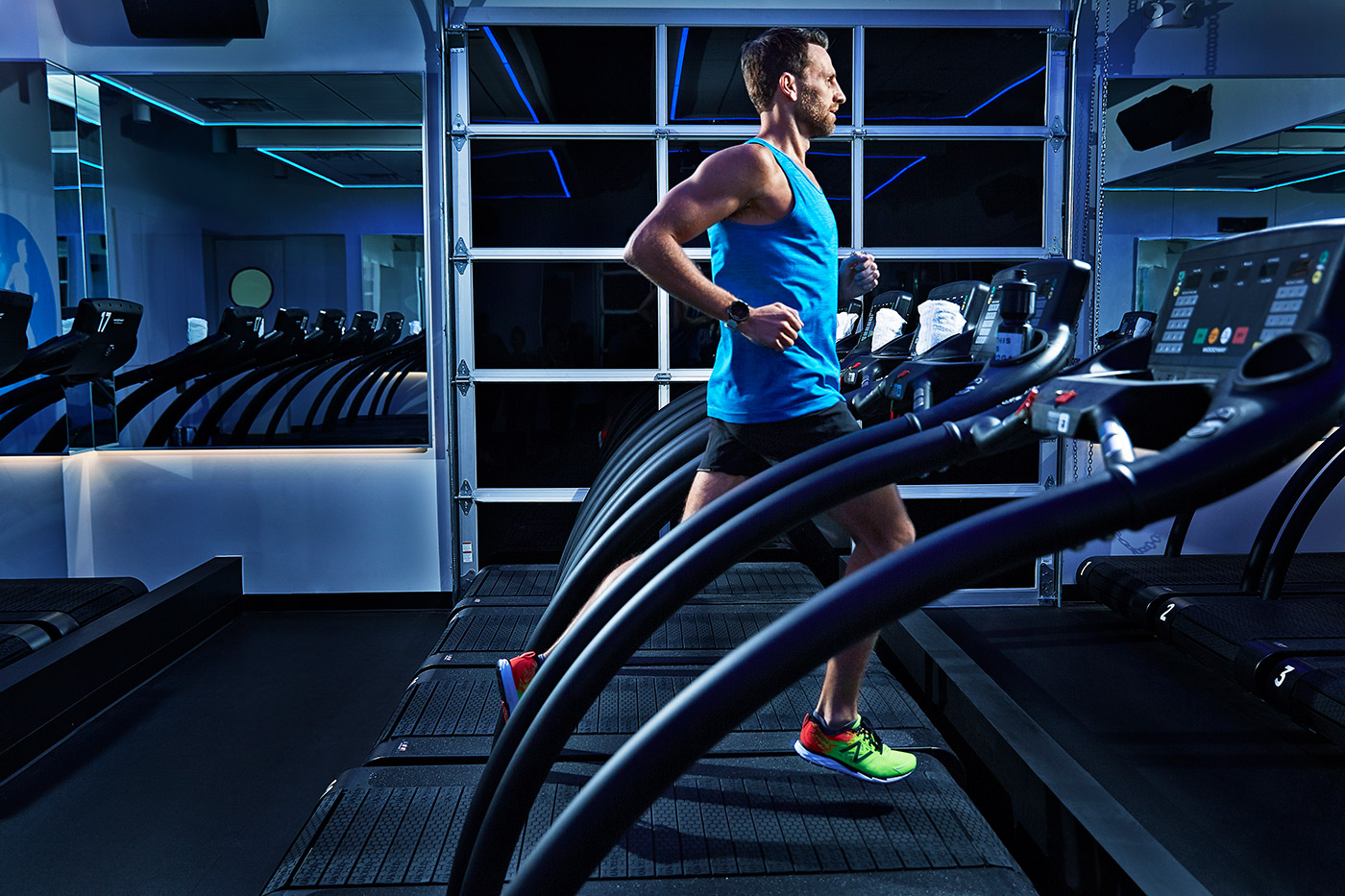 The beauty was, we nailed the shot in the first 3 frames! (No joke, that’s the part of the video where everybody ran over. We had the shot in the first 10 minutes on the set with 2 hours set aside to shoot. It was an awesome feeling!) After that it was really just trying to play around with as many different things as I could think of. I ended up not liking most of them so we just kept playing with different lighting schemes and outfits and ended up getting Jeff’s wonderful wife and business partner in the images for a couple of shots at the end. 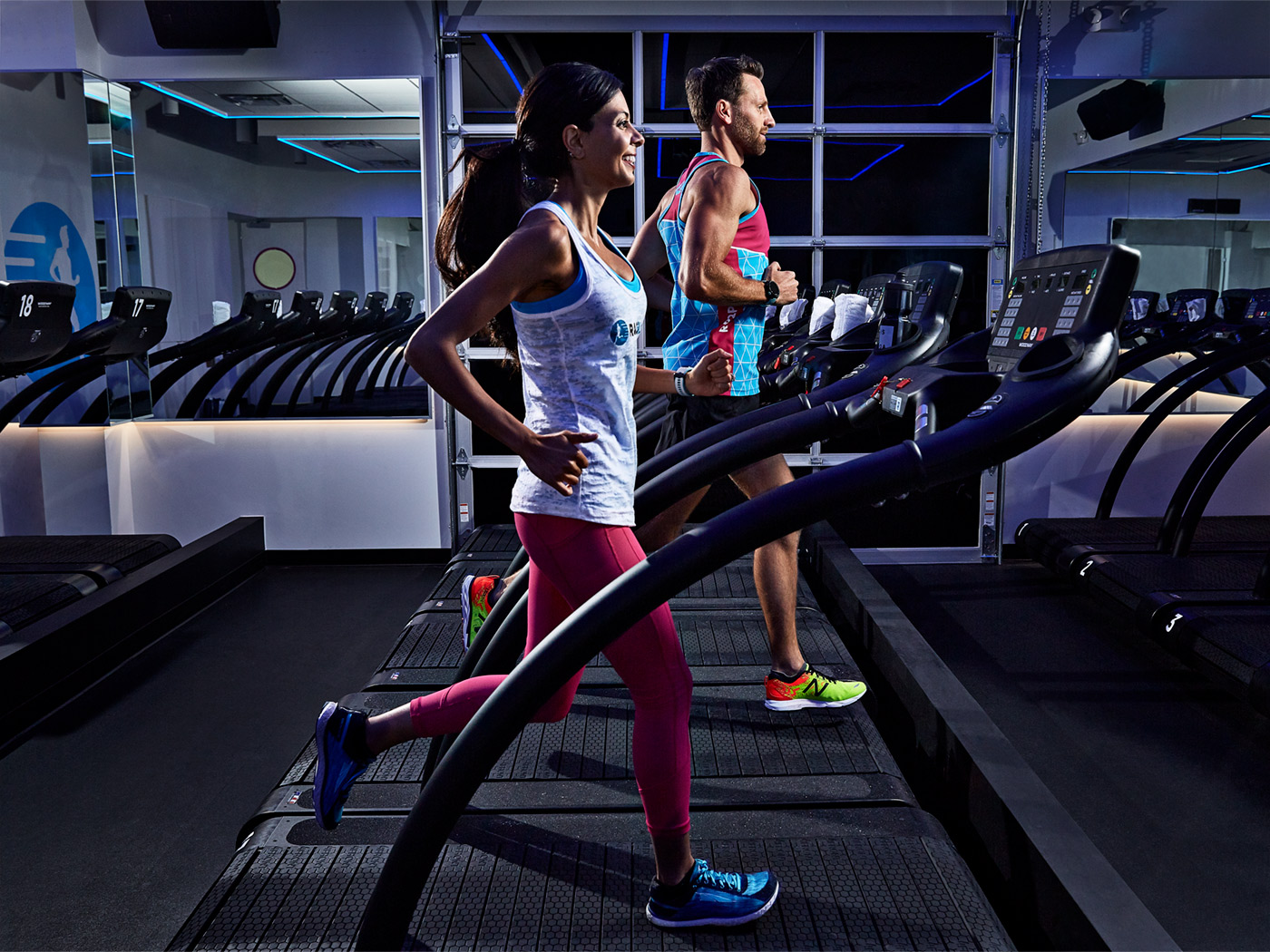 To finish up the shoot, I had to capture a few portraits for my Heroes on White project. I’ve been shooting these for a little while now and the setup is pretty nailed down, but I’ve recently started using the Profoto B2 On Location kit and utilizing the OCF Beauty Dish instead of lugging a regular, rigid dish around everywhere. The light isn’t quite as nice, but it’s pretty damn close. 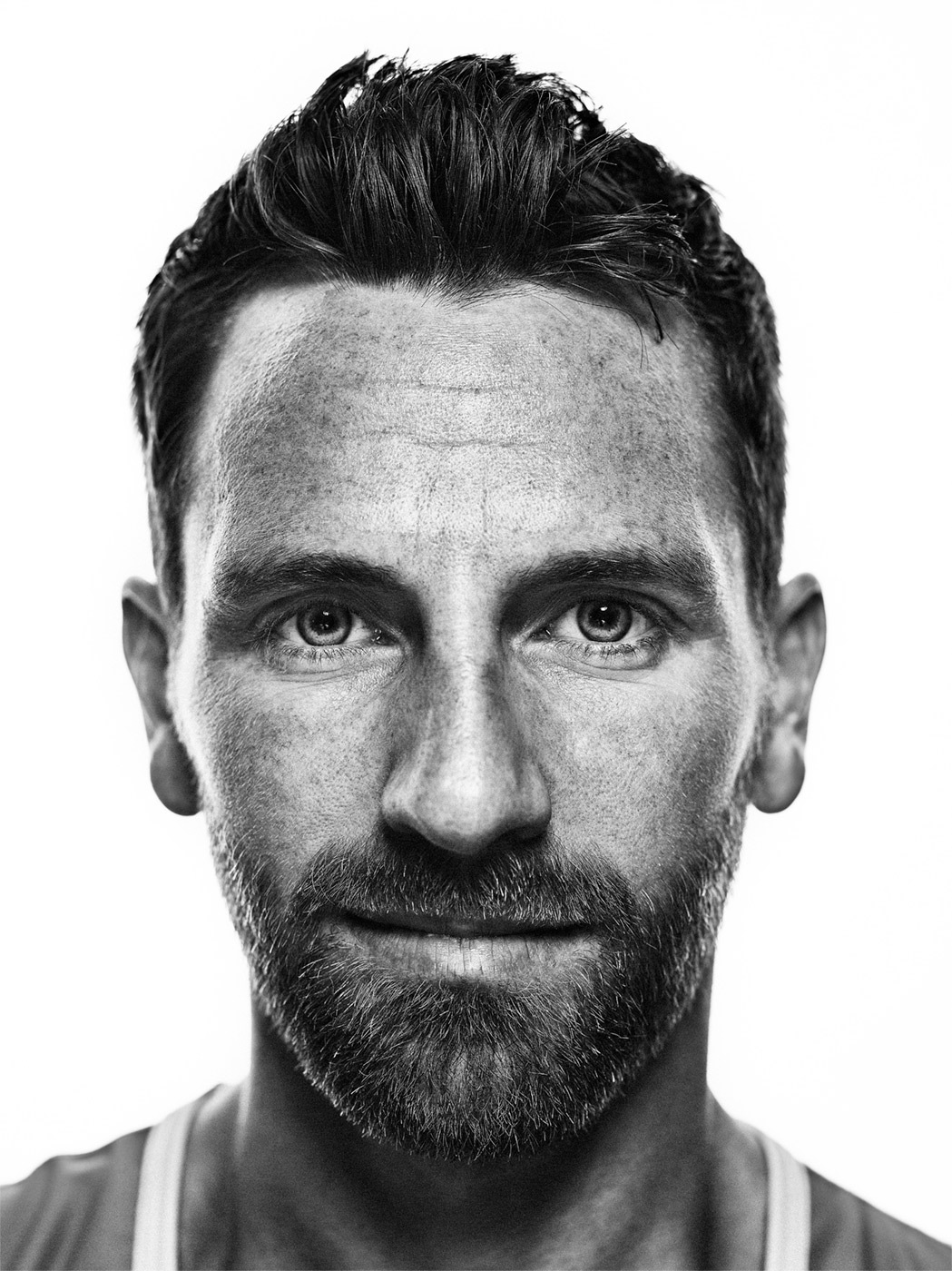 Anyway, I hope y’all enjoyed the video, got something out of the tips on photographing running and be sure to hit SUBSCRIBE to make sure you get the Newsletter and don’t miss out on exclusive content!