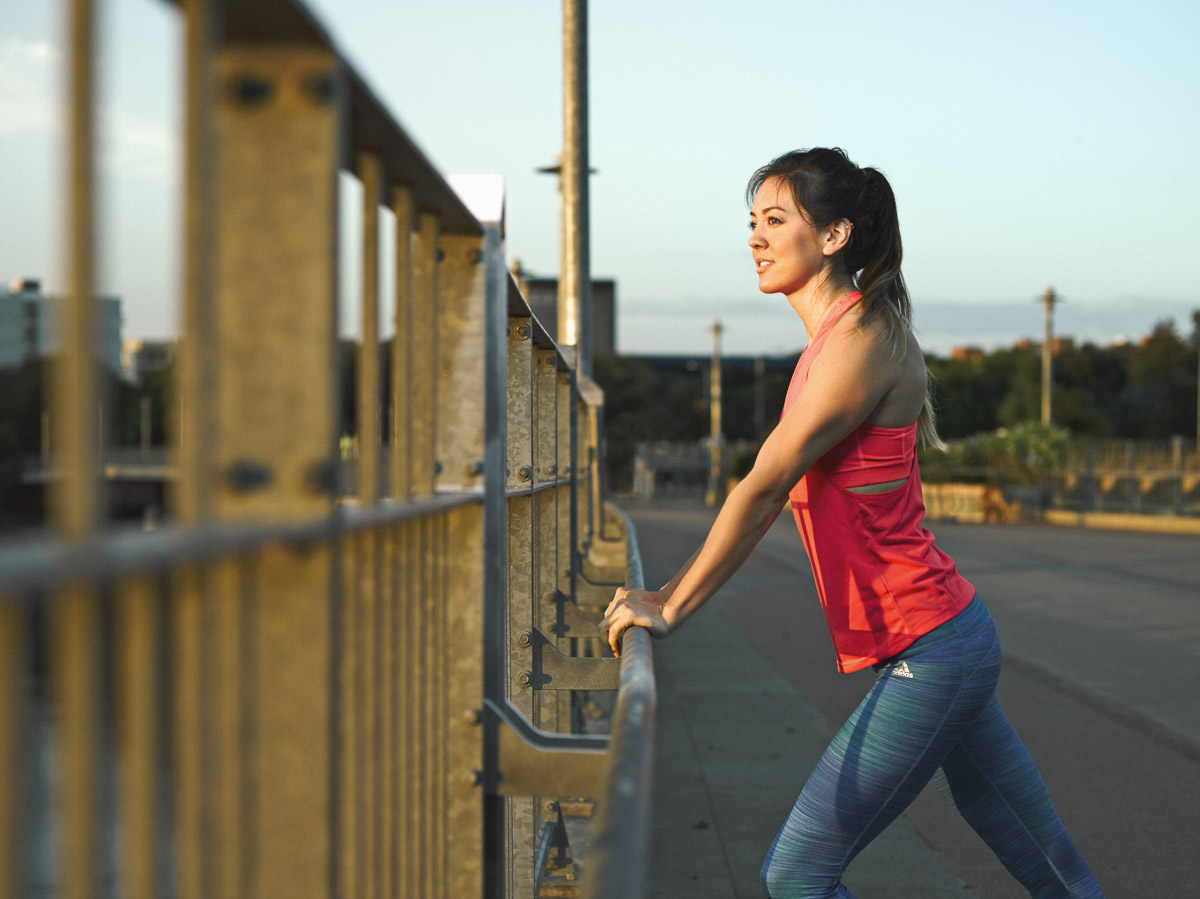 Getting to work with talented models and athletes is a lot of what makes photography fun for me, so when they reach out and want to work together again, it makes my day! Aicacia was no exception, and as soon as we heard from her this past Fall, we had to jump at the opportunity to head on over to Austin and get her back in front of the lens.

We didn’t have a certain type of work or directive to work from initially, so it was really free game on what we were going to shoot. Aicacia needed some new work for her portfolio, and I had a few ideas from shoots I had seen while perusing different artists on Behance. I wanted to really push what I had done before in terms of coloration and tonality in Photoshop so I could continue to learn new and different techniques I might use on a commercial assignment in the future. Always keep learning and building, right? So, after a little back and forth and sending some tear sheets for Aicacia to look at and weight in on, we had a shoot plan put together.

We agreed to meet at the pedestrian bridge just South of downtown Austin at sunrise for a shoot that was more focused on fitness modeling rather than a specific sport like running or climbing. Aicacia and I both had a lot of those types of images, so we wanted to create something different that we could both benefit from and show to our own clients for future work. Finally, I knew I wanted to grab at least one image for my Heroes on White project that highlighted her ability to scale walls like a ninja. 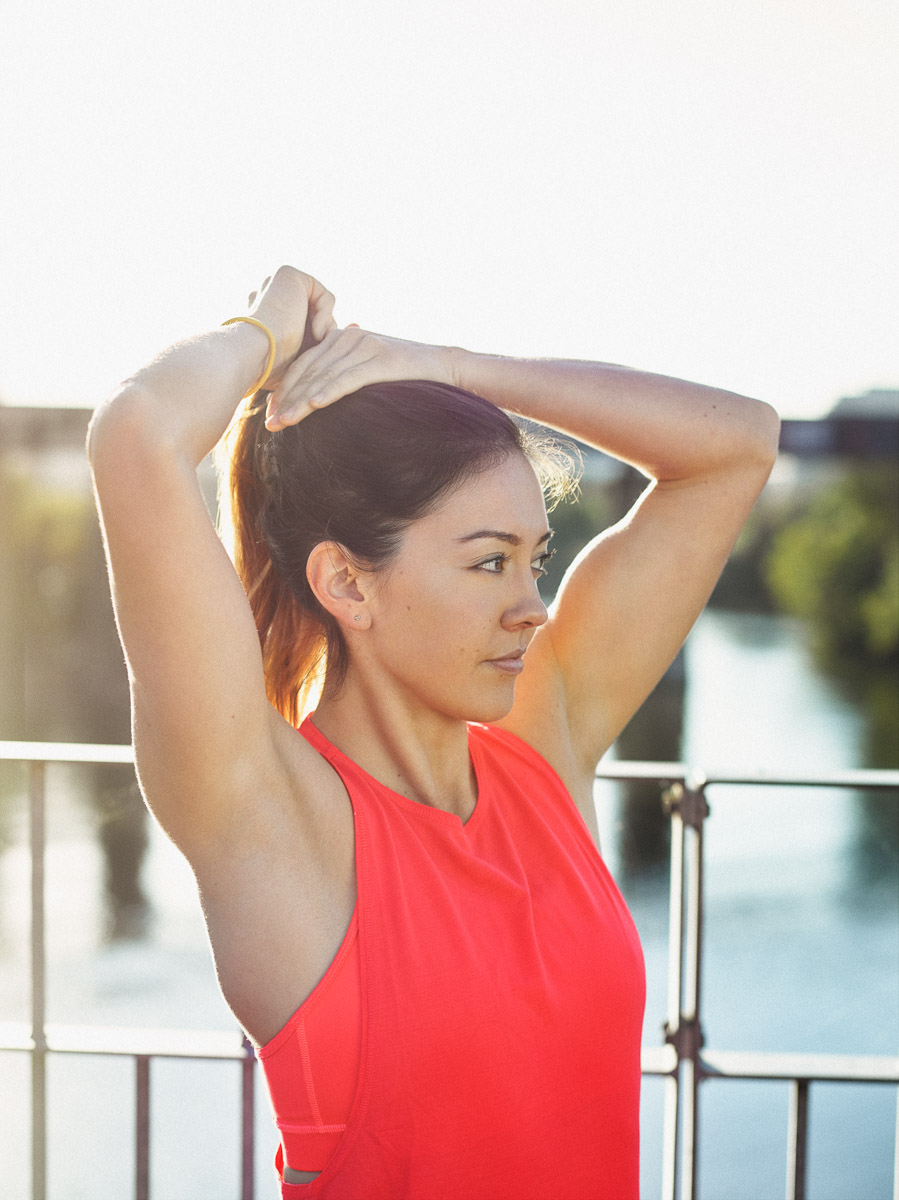 Dawn hit and it was not exactly the warmest morning this Fall, but we had a plan and Aicacia is a pro so we got set up and jumped into the shoot. I knew I wanted a lot of clean backgrounds, so most of the shoot was done from a lower position leaving my legs wrecked for the rest of the day from holding different squats and lunges and looking like an all-around crazy person behind the lens like normal. I used the blue sky and some of the cityscape as my backgrounds, switching up positions and poses as we came up with them. 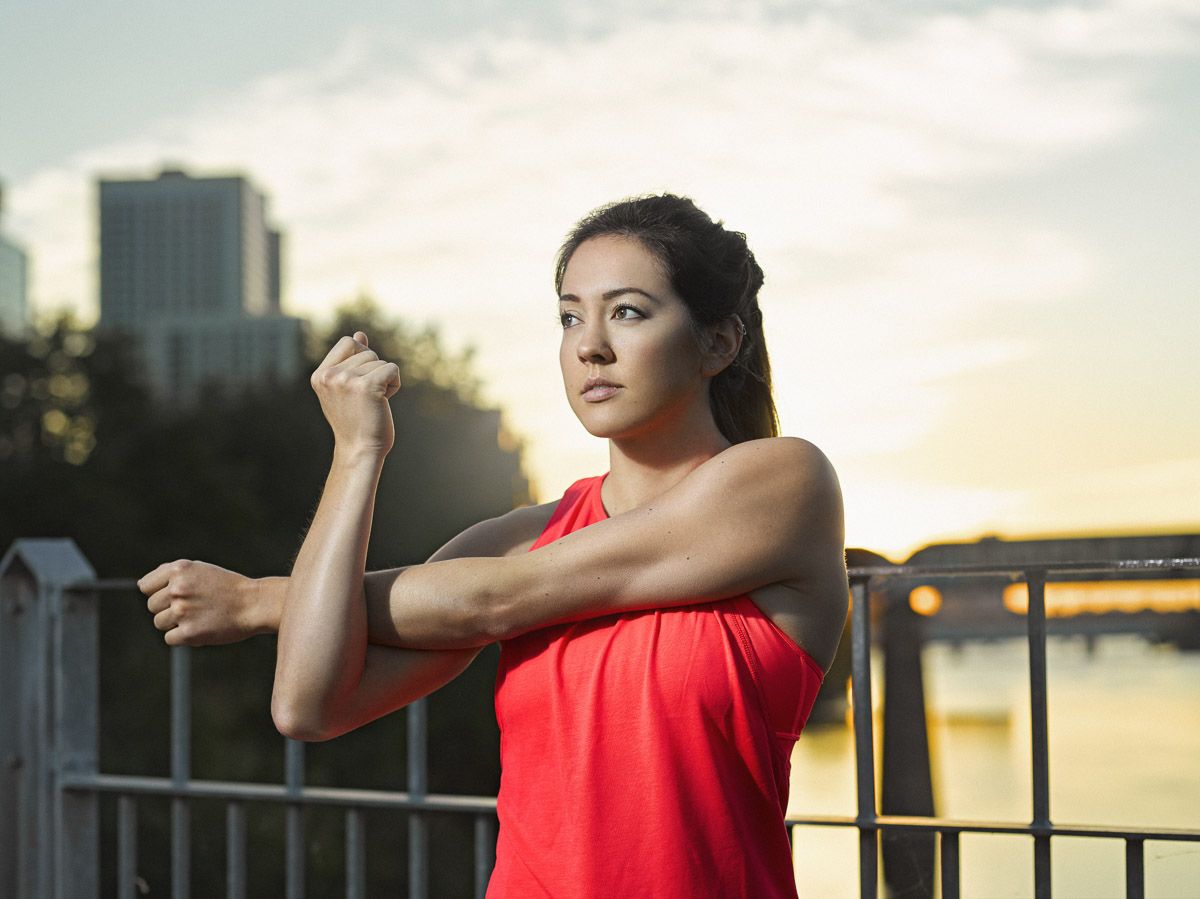 After getting a few warm, morning light images, we changed it up and snagged some images of Aicacia adjusting her headphones and getting ready for her workout. I really liked the way the sun was flaring through the buildings and tried to incorporate that into the background for a few images while still keeping the main focus on Aicacia and the products she was promoting. Product placement wasn’t something that was always at the forefront of my mind in previous shoots, but recently I’ve been working on that a lot more and it’s a lot of fun to work it into images subtly! I’d definitely suggest giving it a try in your shoots. It is kind of the definition of “commercial and advertising photography” right? Bring that same mentality into shoots that are for you as well! 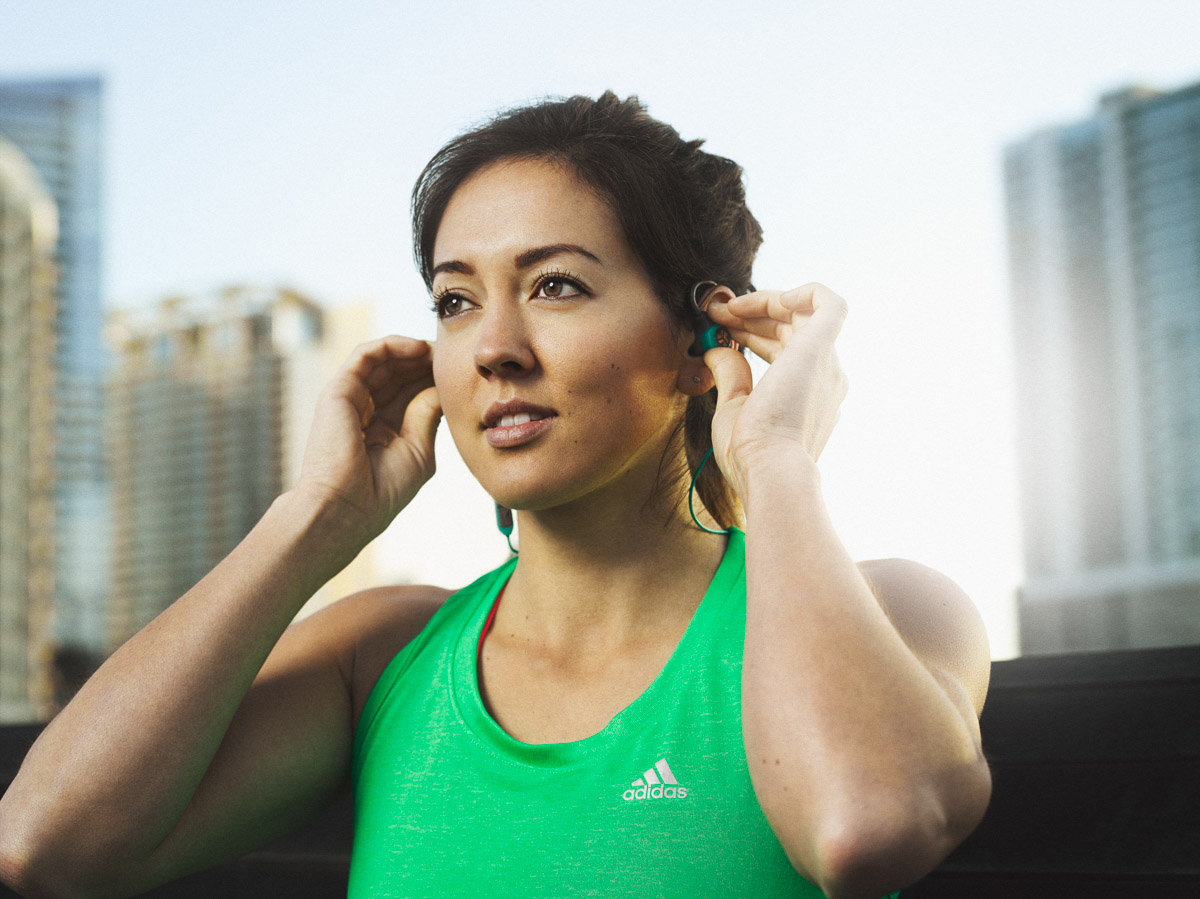 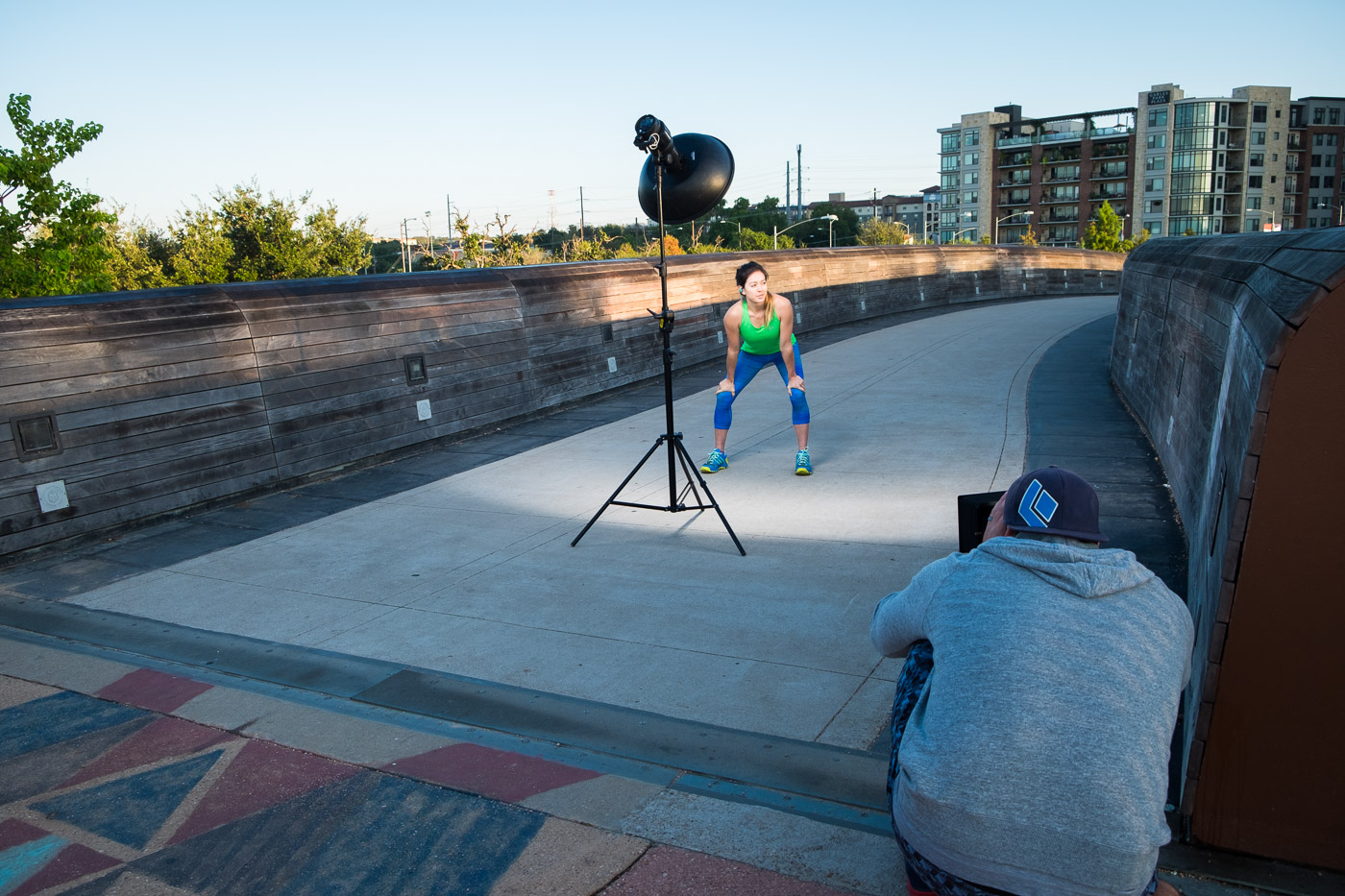 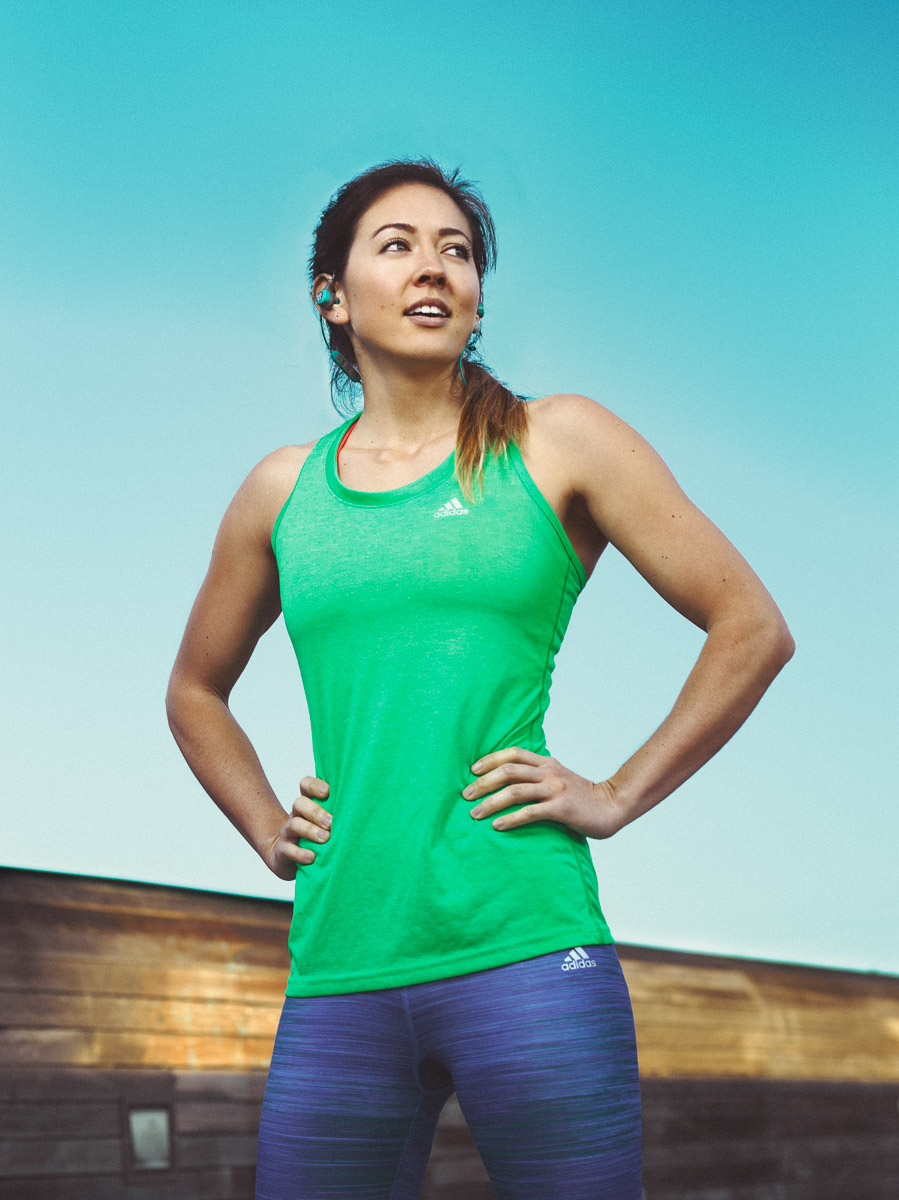 The next series of shots were going to be some actual action shots, so we had Aicacia run some stairs and do a few quick sprints around a loop in the running trail. These were the only top-down shots of the entire series. I liked what I saw when I converted the stairs image to black and white. The harsh light coming in across the stairs created a cool effect that I felt was conveyed better in tones rather than colors. But, after these two quick shoots, the sun was finally in the right place for me to try to capture the image I wanted to toy with a little more in Photoshop and push my abilities a bit more in post. 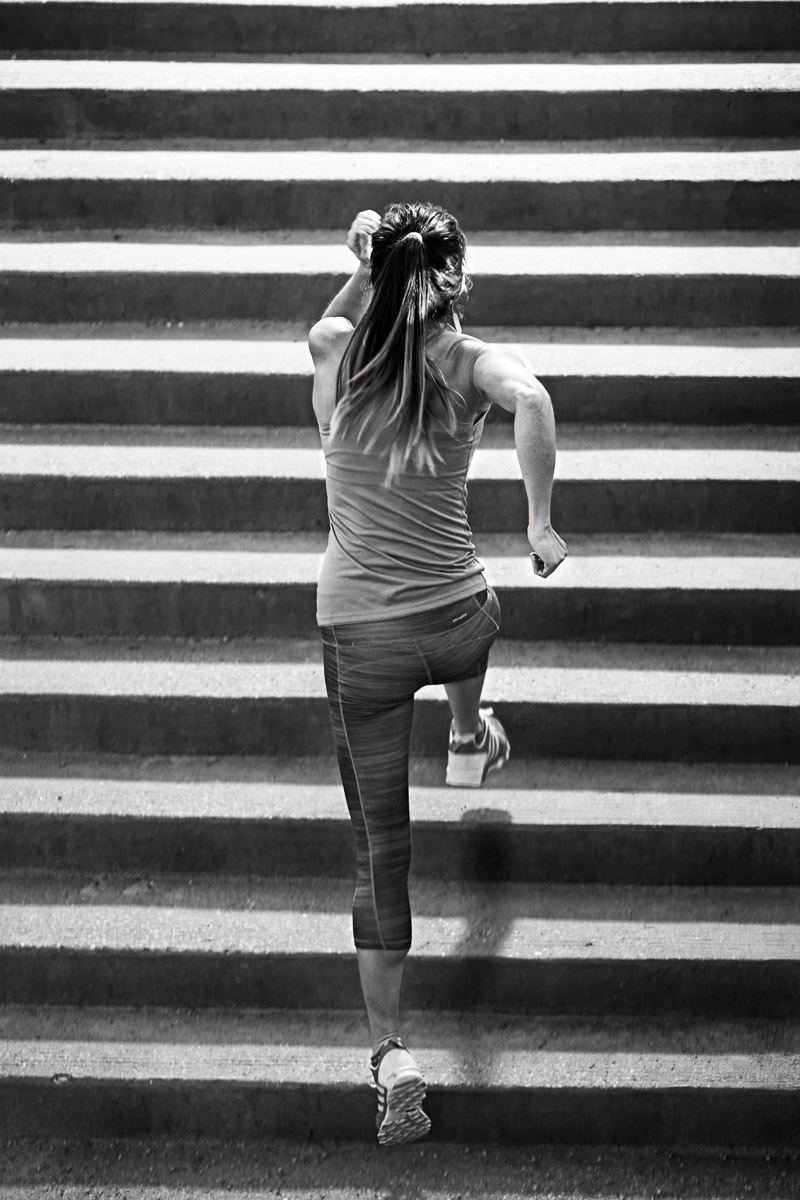 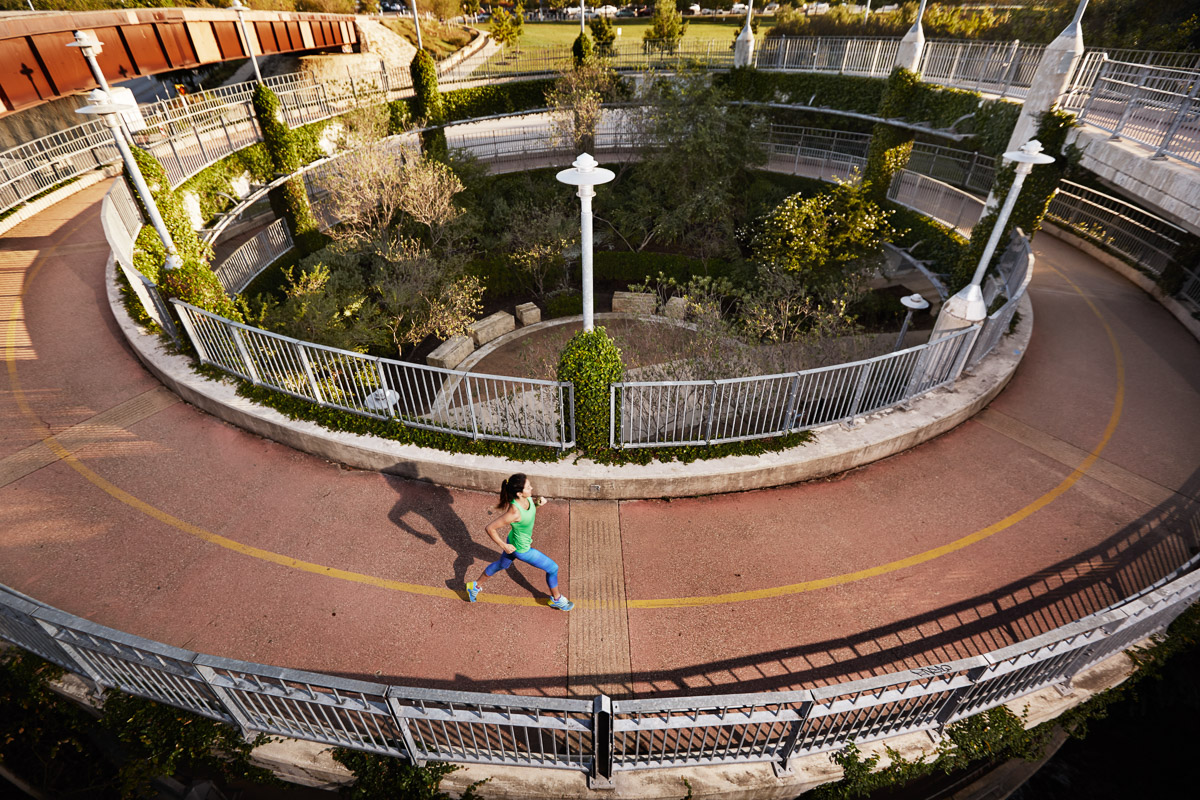 Grabbing a spot on the bridge again and using the sun as a rim light, I started framing Aicacia against the clean, blue sky. I knew I wanted to really play with skin tone vs. an almost ethereal sky color and the pink top was a perfect compliment to that end vision. Clothing color can really effect the look of the overall image, so be sure you’re paying attention to that as well. A lot of times as photographers we have to wear the hats of makeup artists, fashion designers, set designers, hair stylists, and 10 other hats along with photographer so make sure you’re stepping out from behind the camera and engaging in other ways throughout your shoot. It makes a huge difference on the final result! 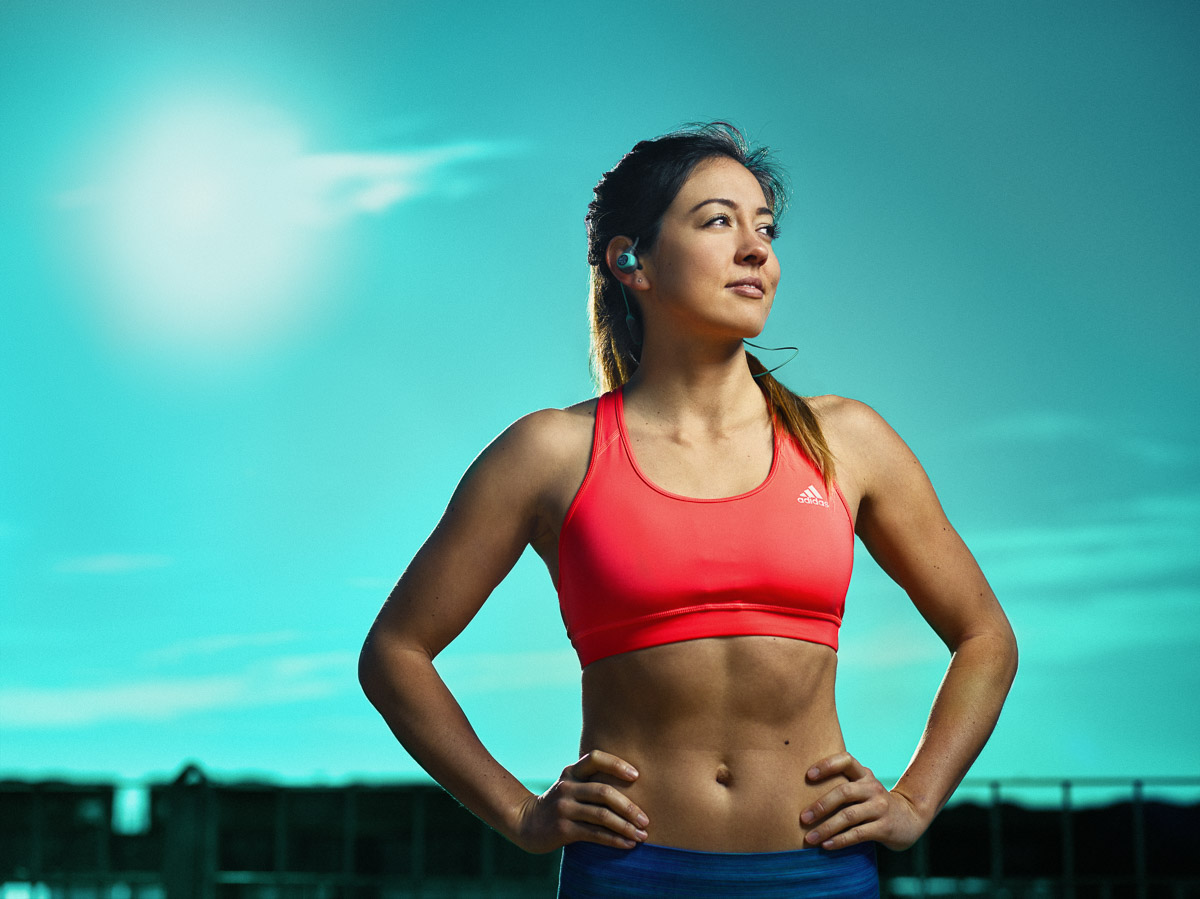 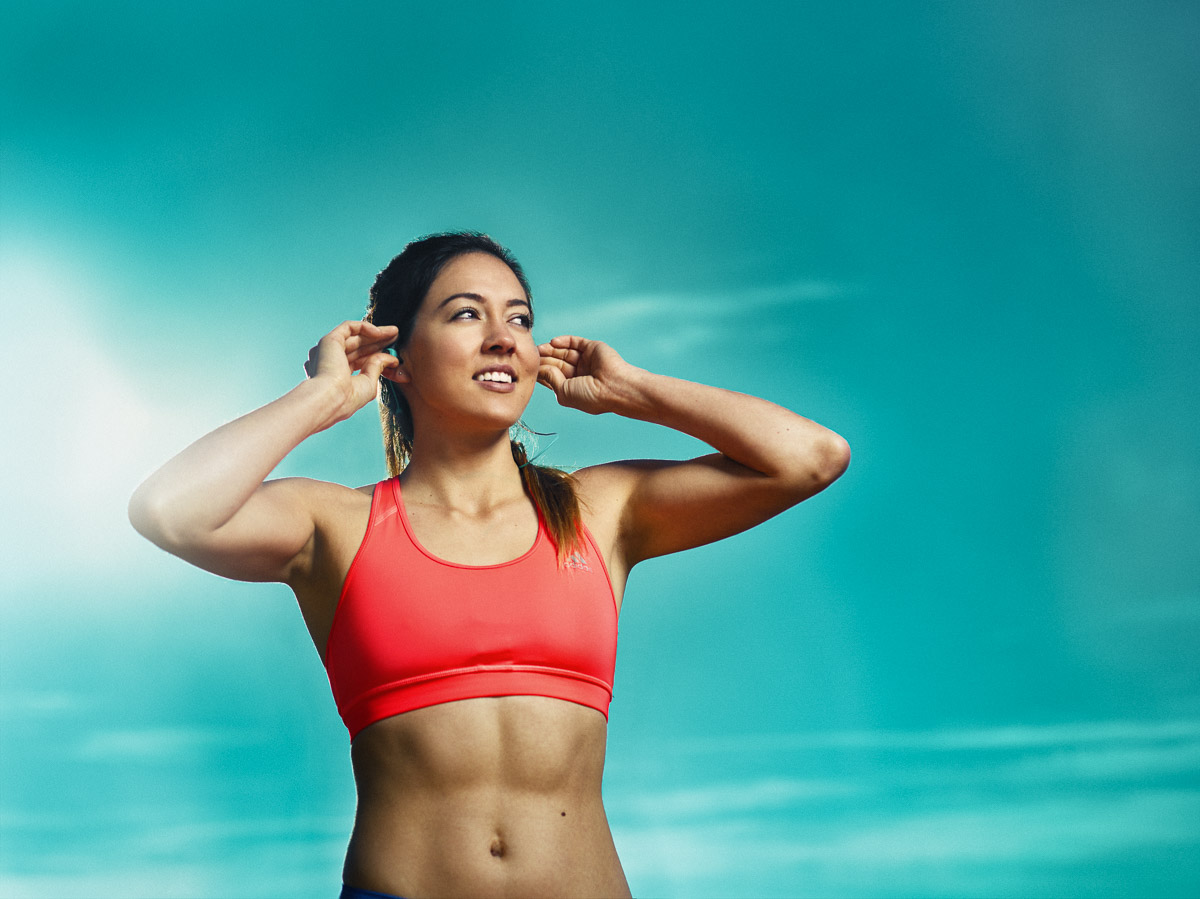 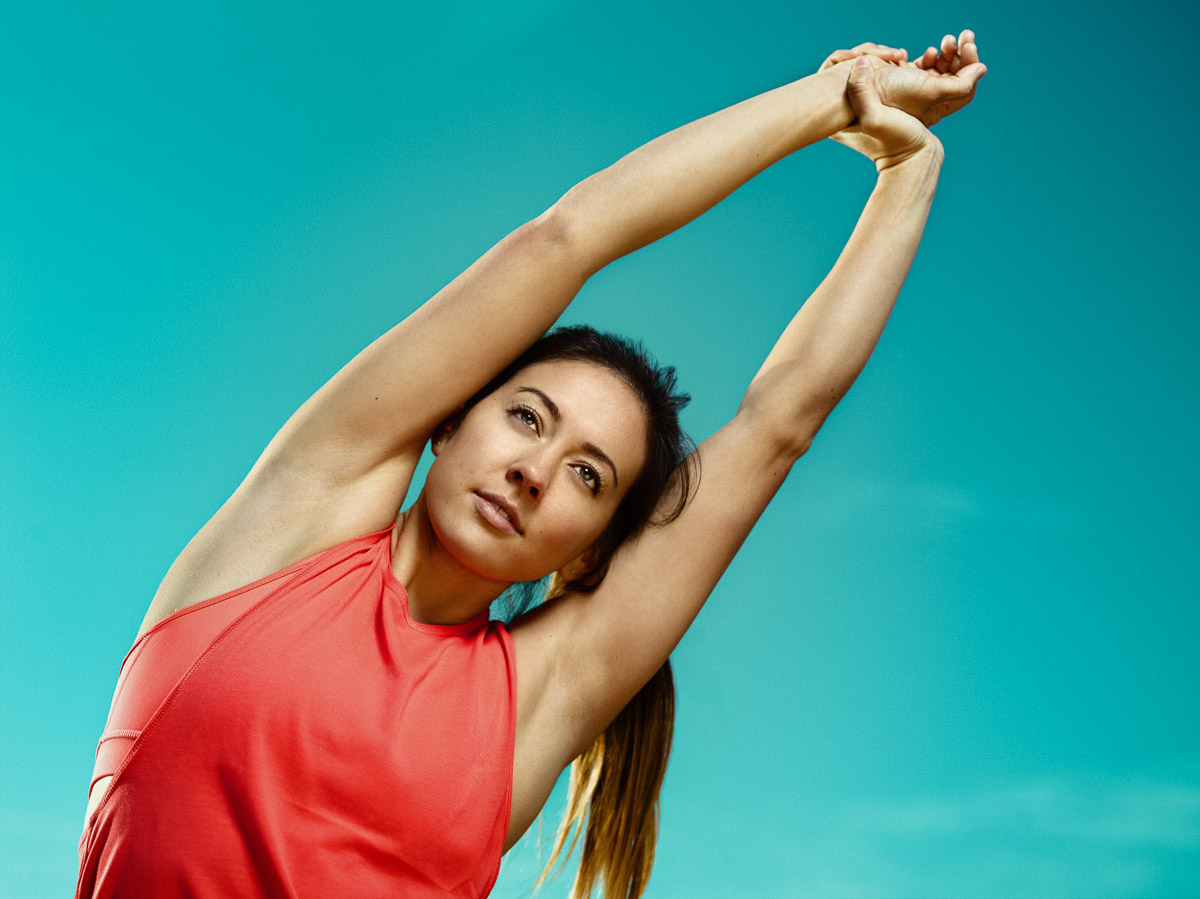 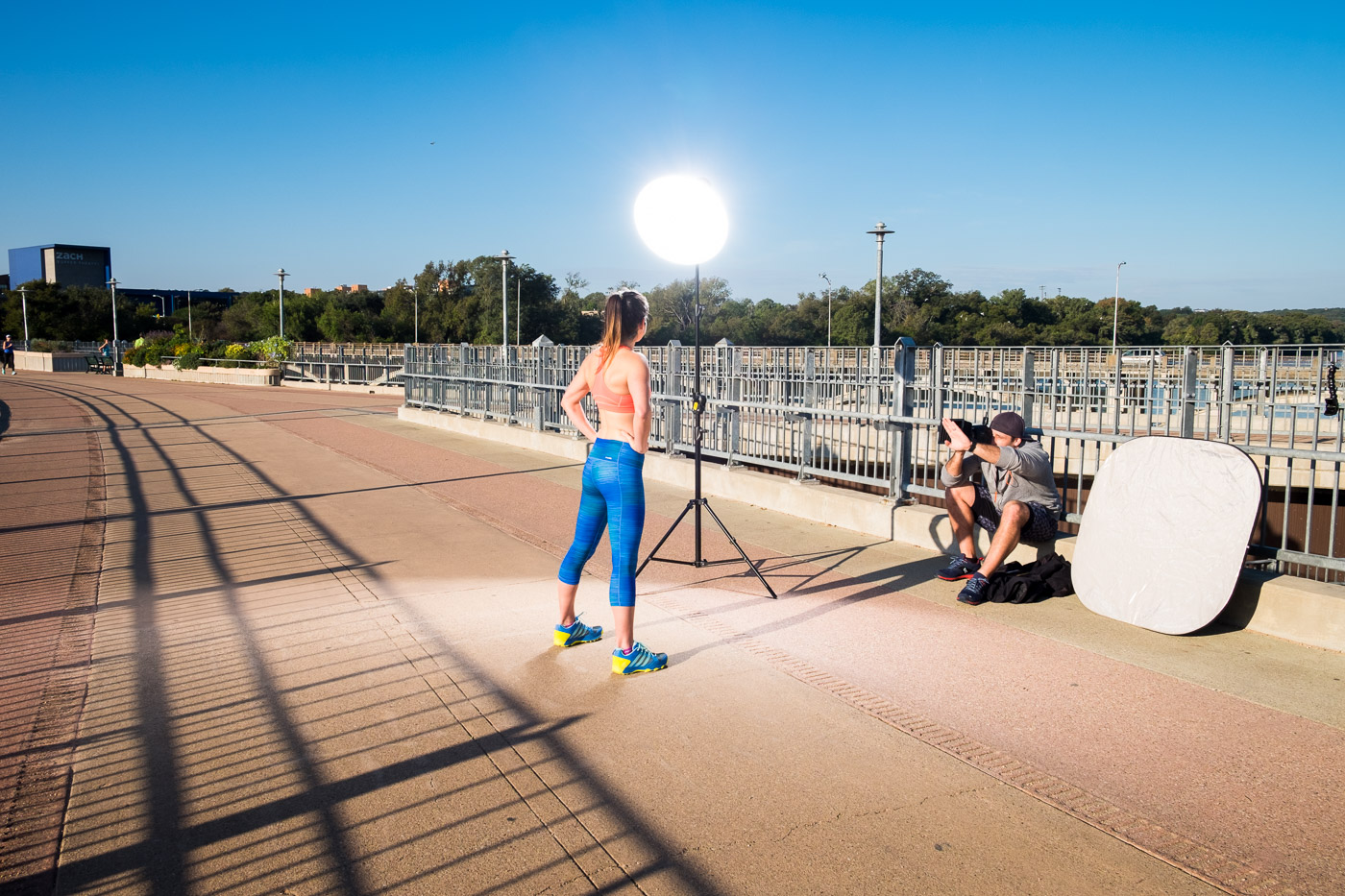 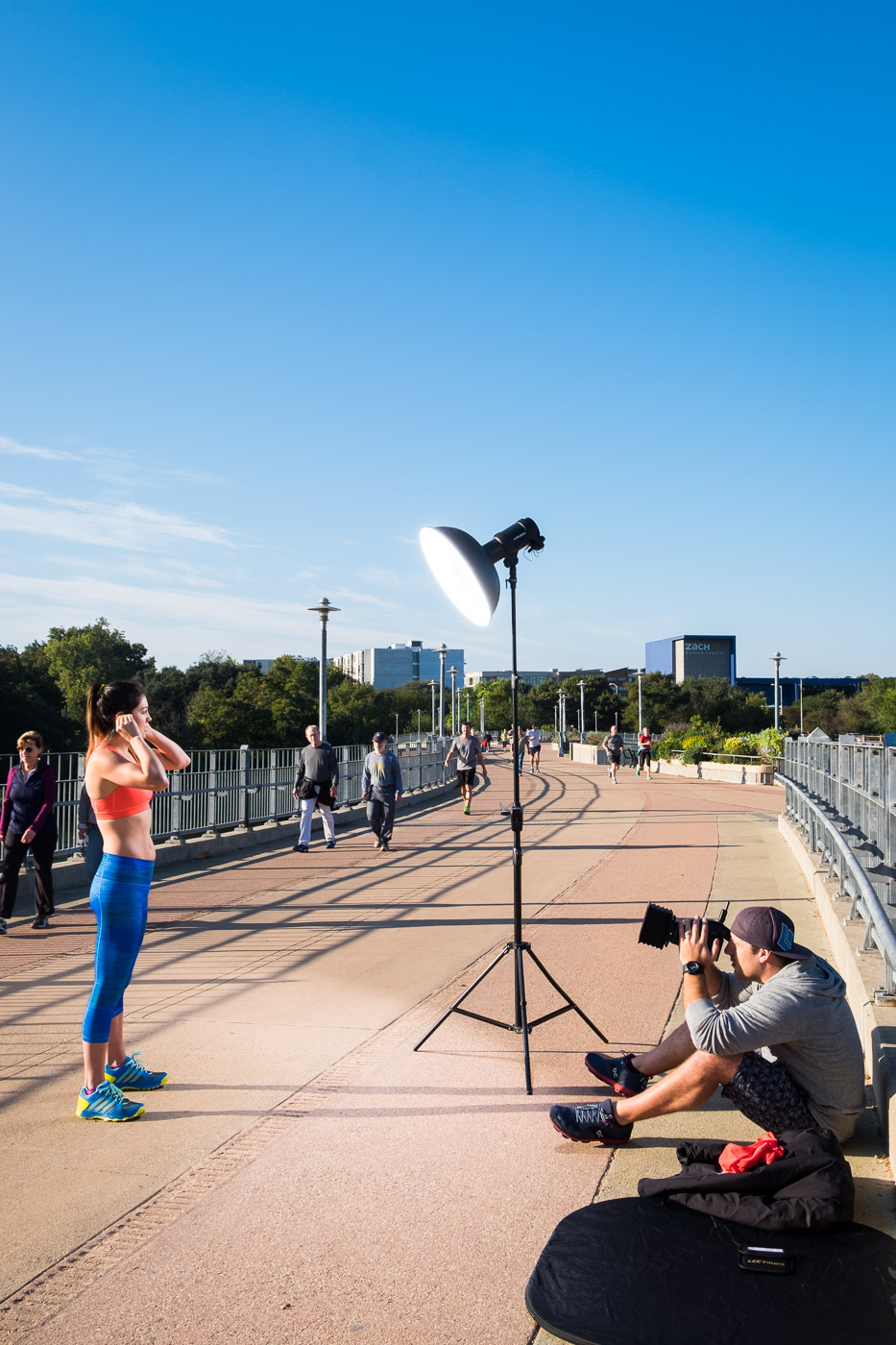 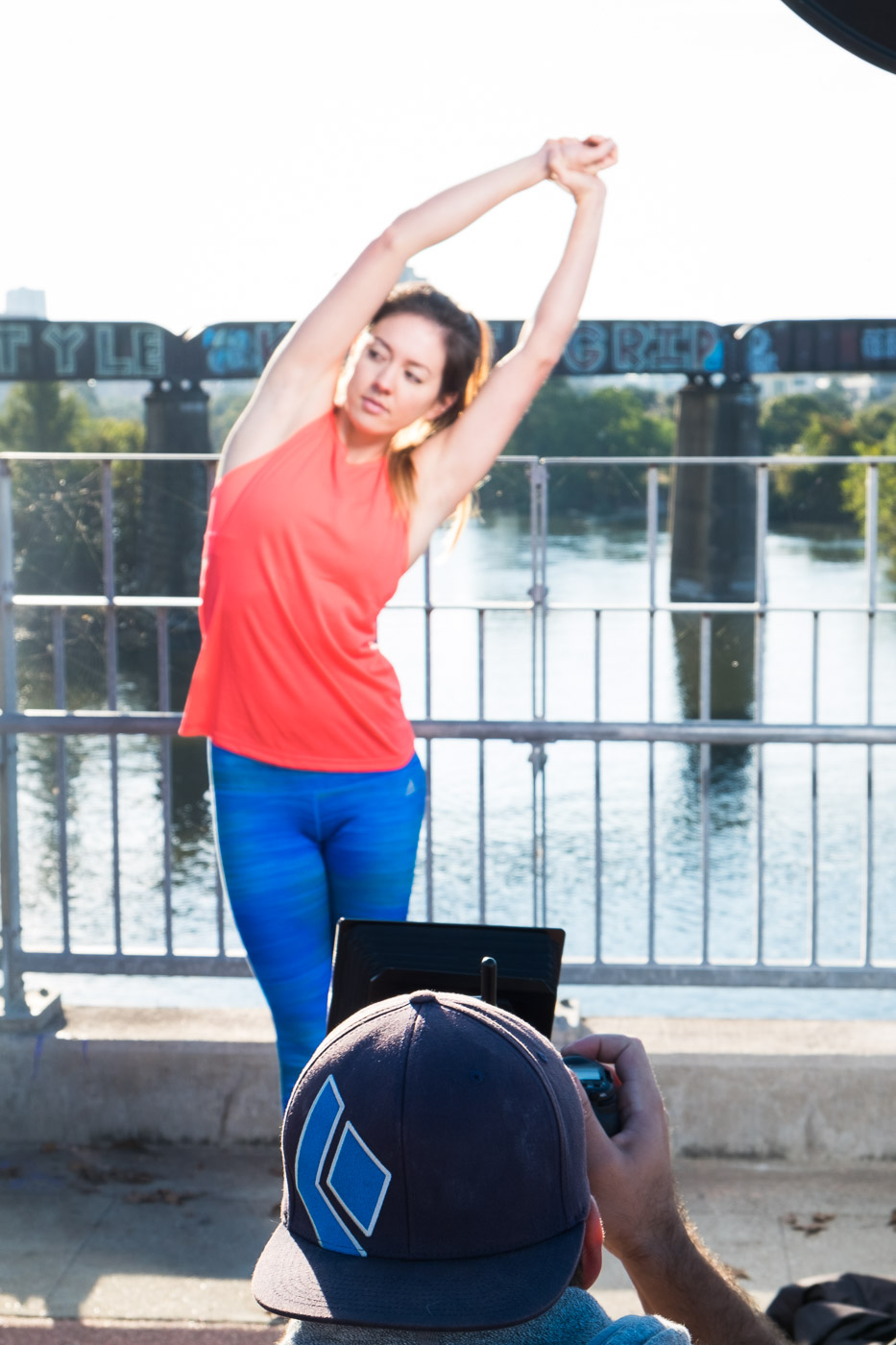 Having nailed those shots, we finished up with a few more different shots to help finish the story of the early morning workout. Tying shoes and taking off on a run using different parts of the circle we used for the running shot were great fillers to the series. I ended up loving the shot of Aicacia tying her shoes and didn’t even realize until l was back home that the light spill in from camera left was gorgeous for the final image in post. I love when you get little surprises like that when you get home! 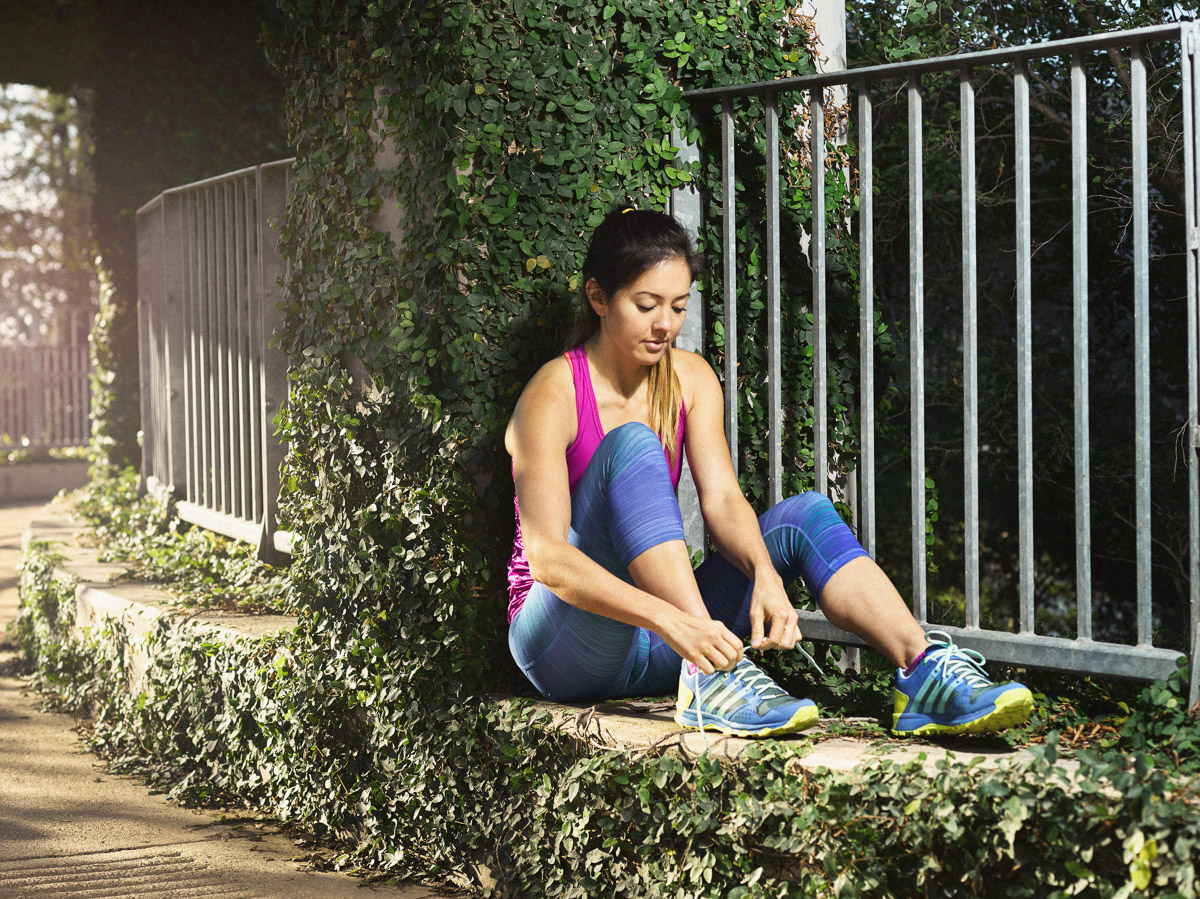 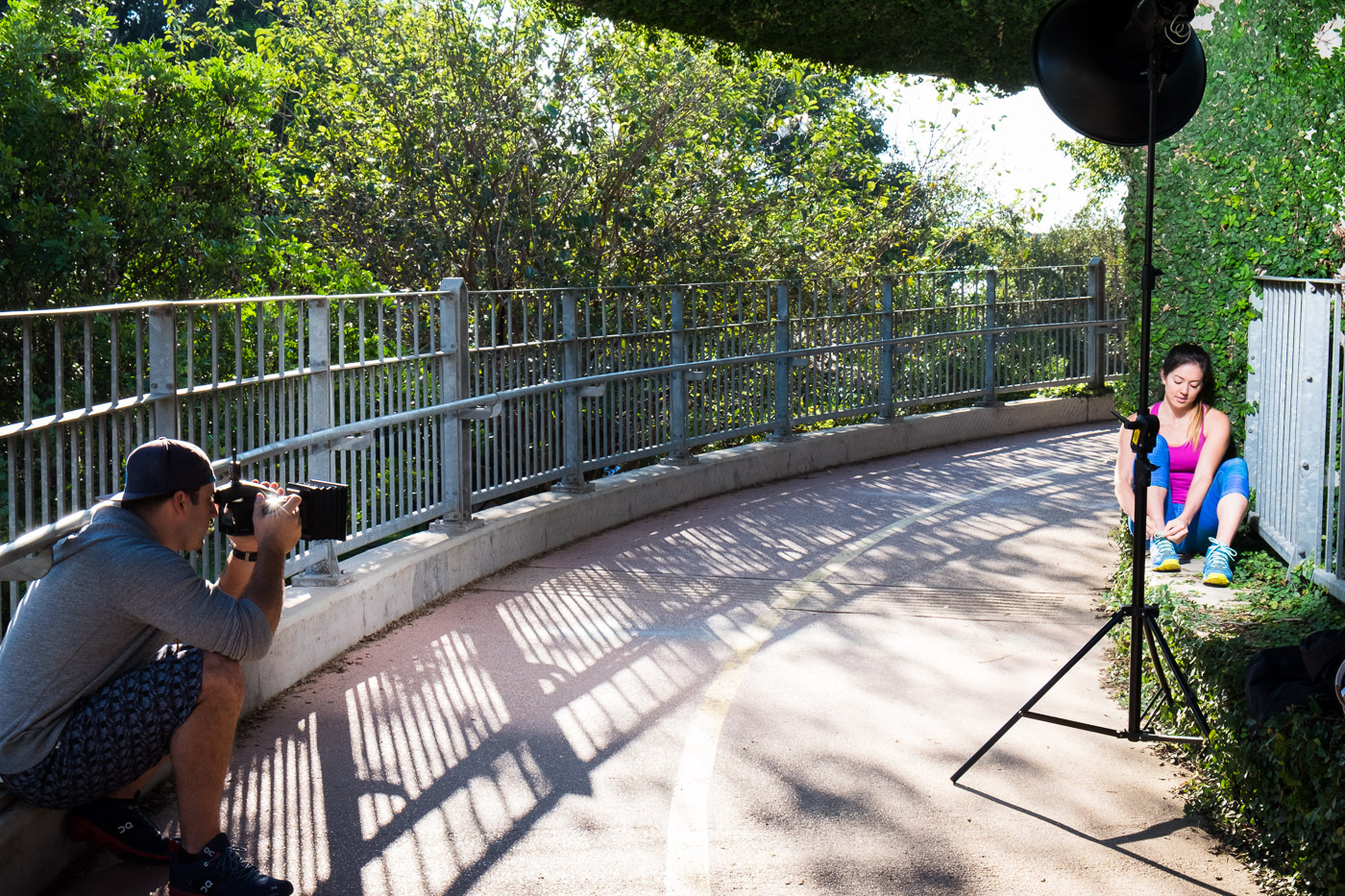 Finally, I knew I wanted to grab that black and white shot of Aicacia before we left and I didn’t have a studio to set up in. That’s the beauty of the setup I’ve been utilizing for that series – it can really be used just about anywhere. We shot the image in the parking lot between our cars as shown in the BTS image and the result was perfect for the series. Aicacia brought an awesome intensity to the portrait that I loved and using the climbing ropes and chalk as props brought another element to the photo that – I feel – helps define the heroic sense I’m trying to achieve. 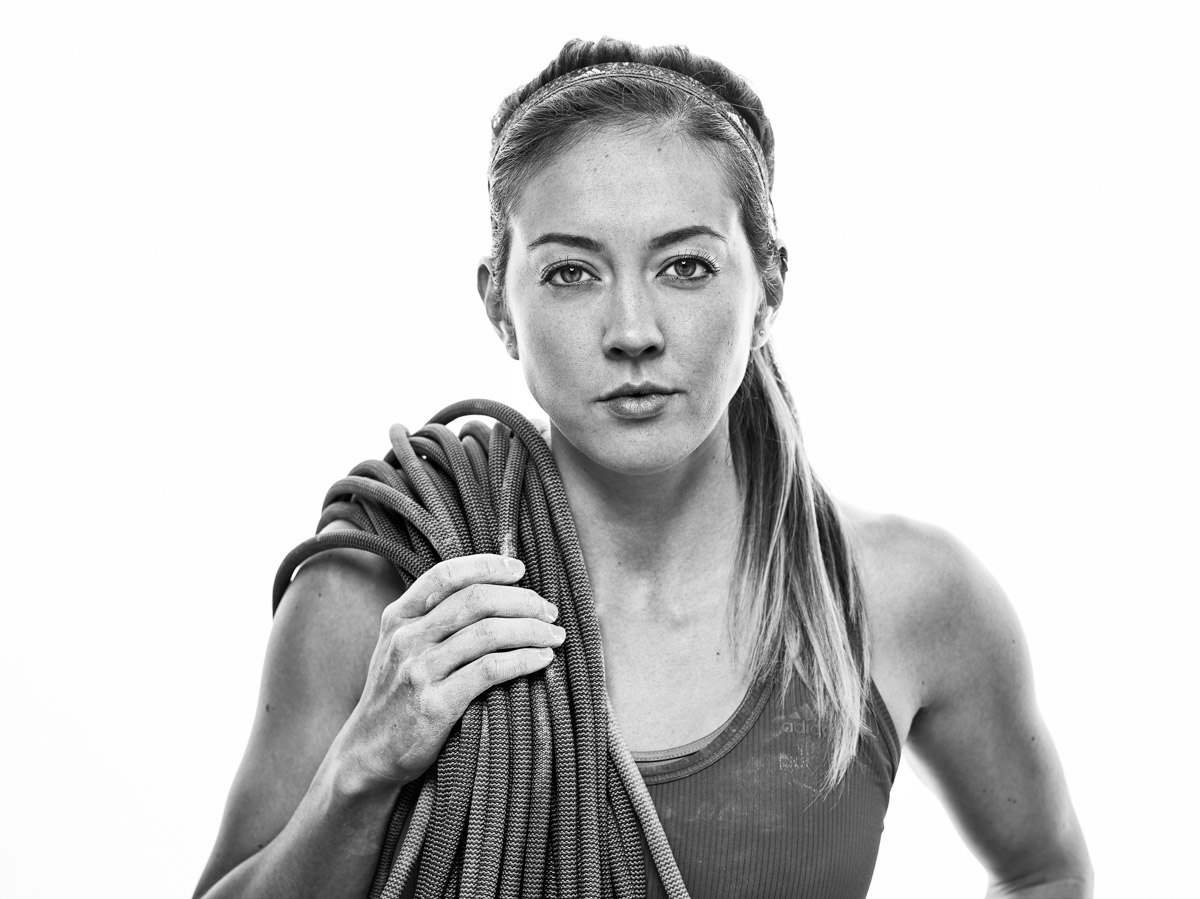 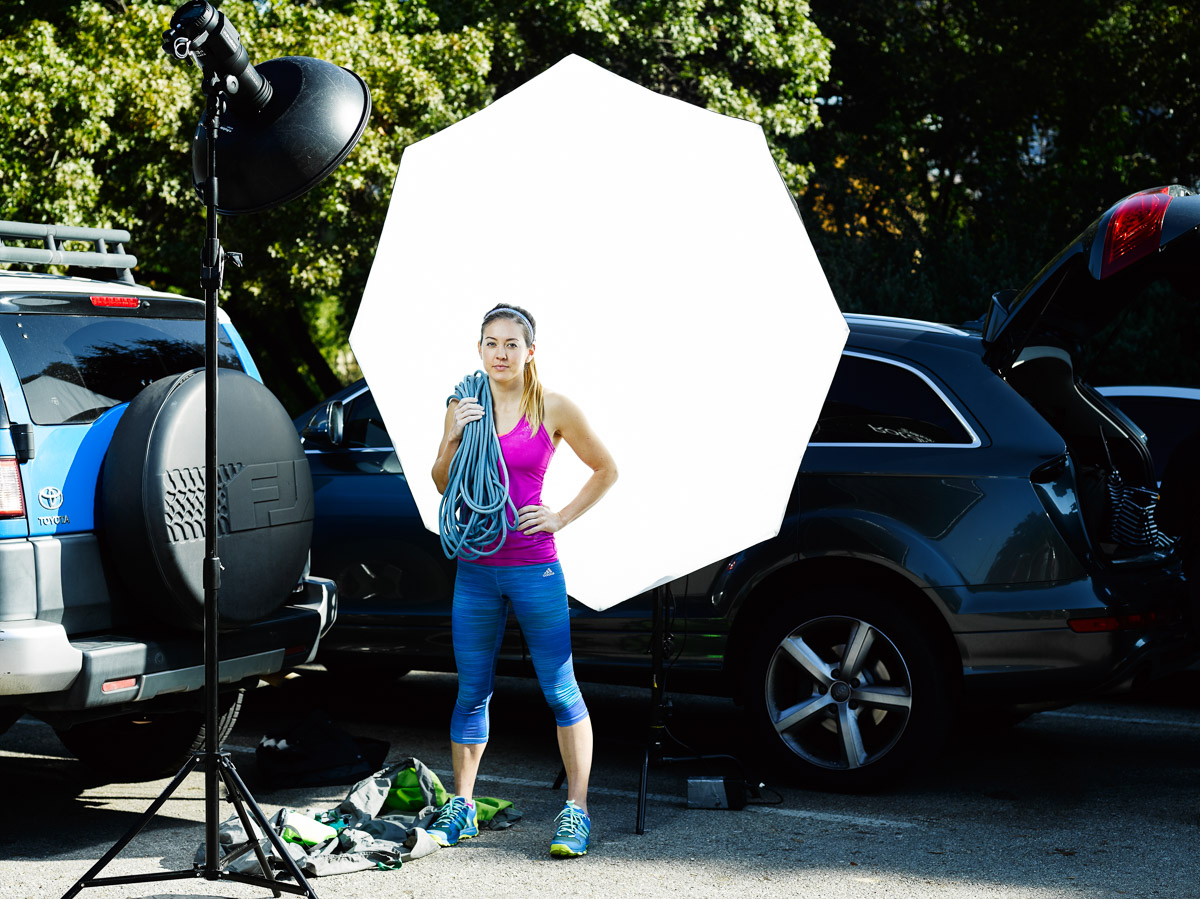 Hopefully this gave a quick look behind the scenes into our shoot with Aicacia and be sure to check out the BTS video as well for even more behind the scenes content! Want even more? Be sure to sign up for my new magazine coming out later this month – Inside RV – using the Subscribe button below or the pop-up on the blog home page! It’s going to be filled with all kinds of awesome information. Or, if you have something you’d like to see more of or didn’t see here that you want to know more about let me know in the comments below!

For more BTS goodness, check us out on Instagram and Twitter! I’m constantly trying to share more work, BTS goodies, and general insights as much as possible, and I’d love to hear more from you as well!