Here’s a really big, really obvious piece of advice: Always keep shooting! That applies to even the highest levels of professionals and it doesn’t always mean shooting paid assignments. Sometimes you’ve had that idea for a shoot in the back of your mind for a long time, and you just haven’t had the right paid opportunity come up to get it shot. Don’t let it just sit there, get out and shoot it. Then shoot another one, and another one. And always, ALWAYS, keep experimenting and learning in order to further your craft. 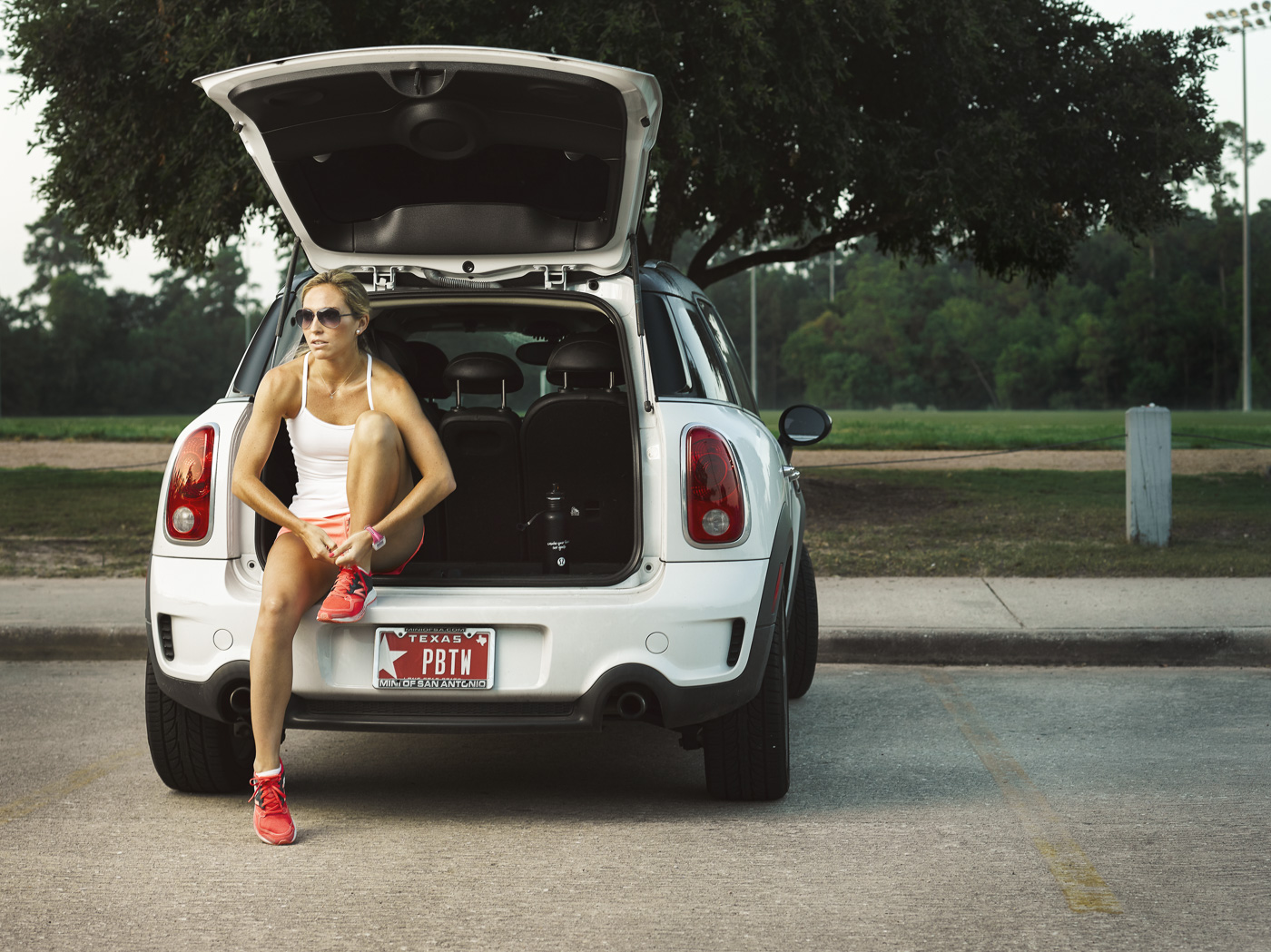 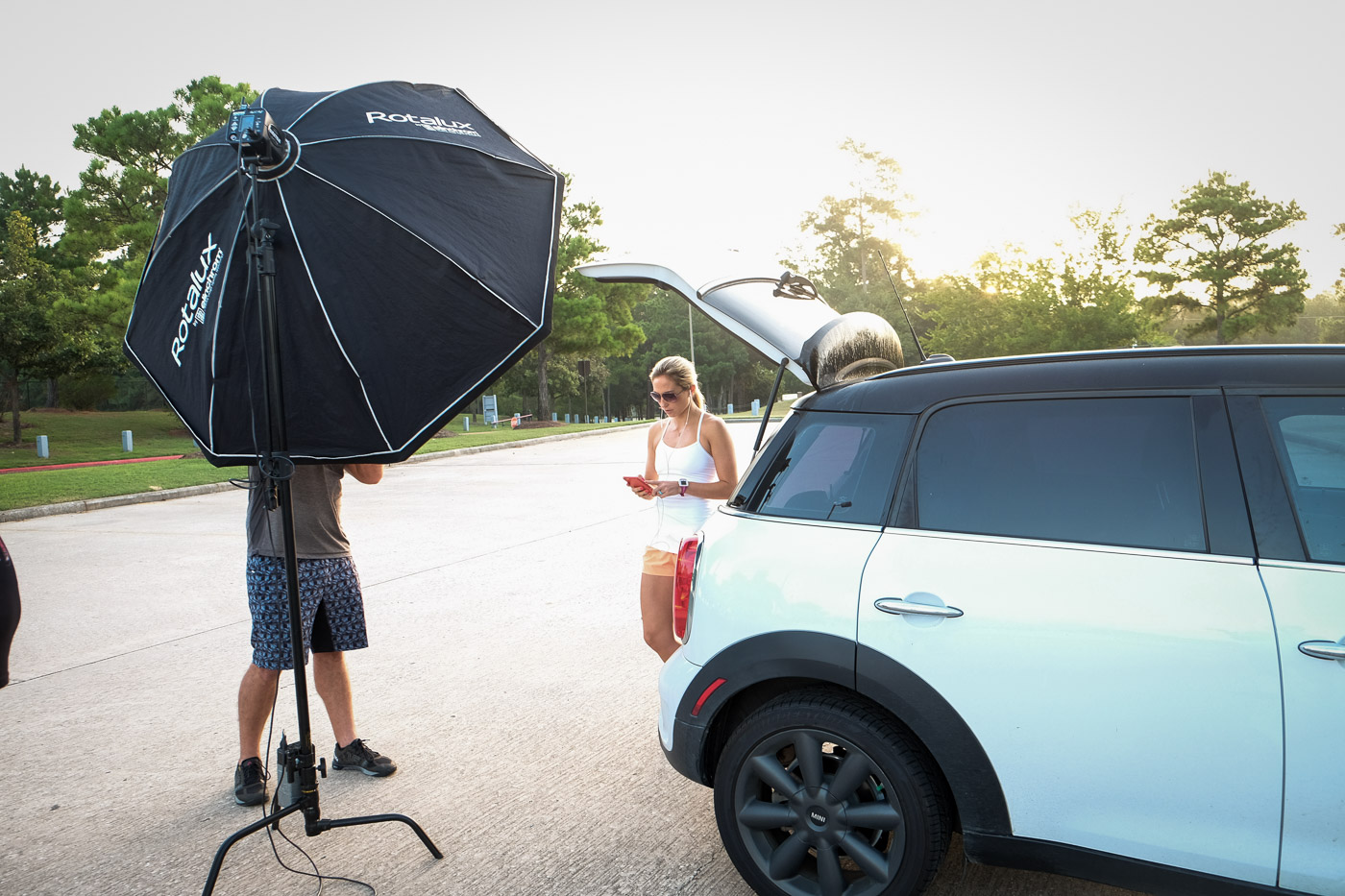 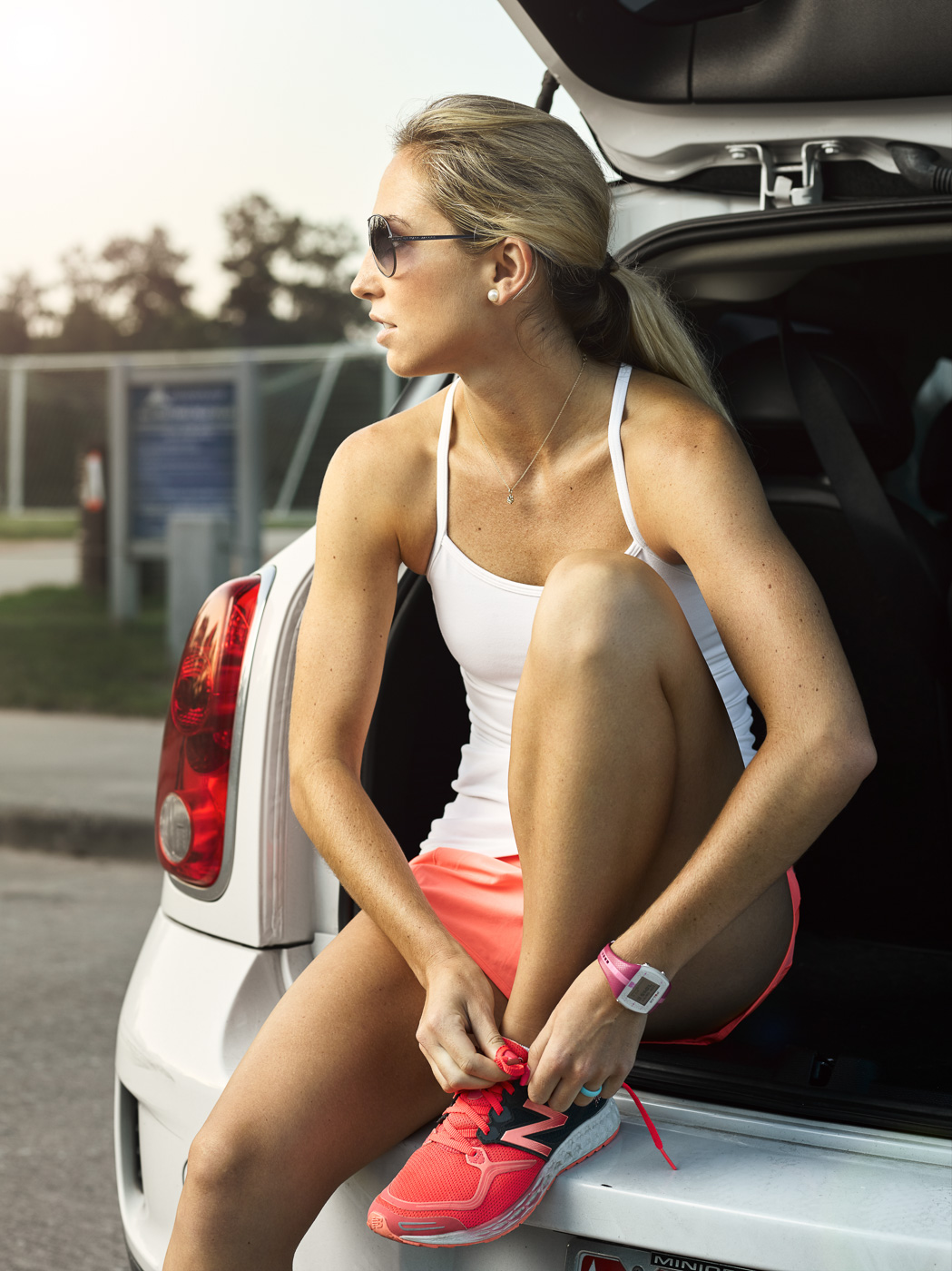 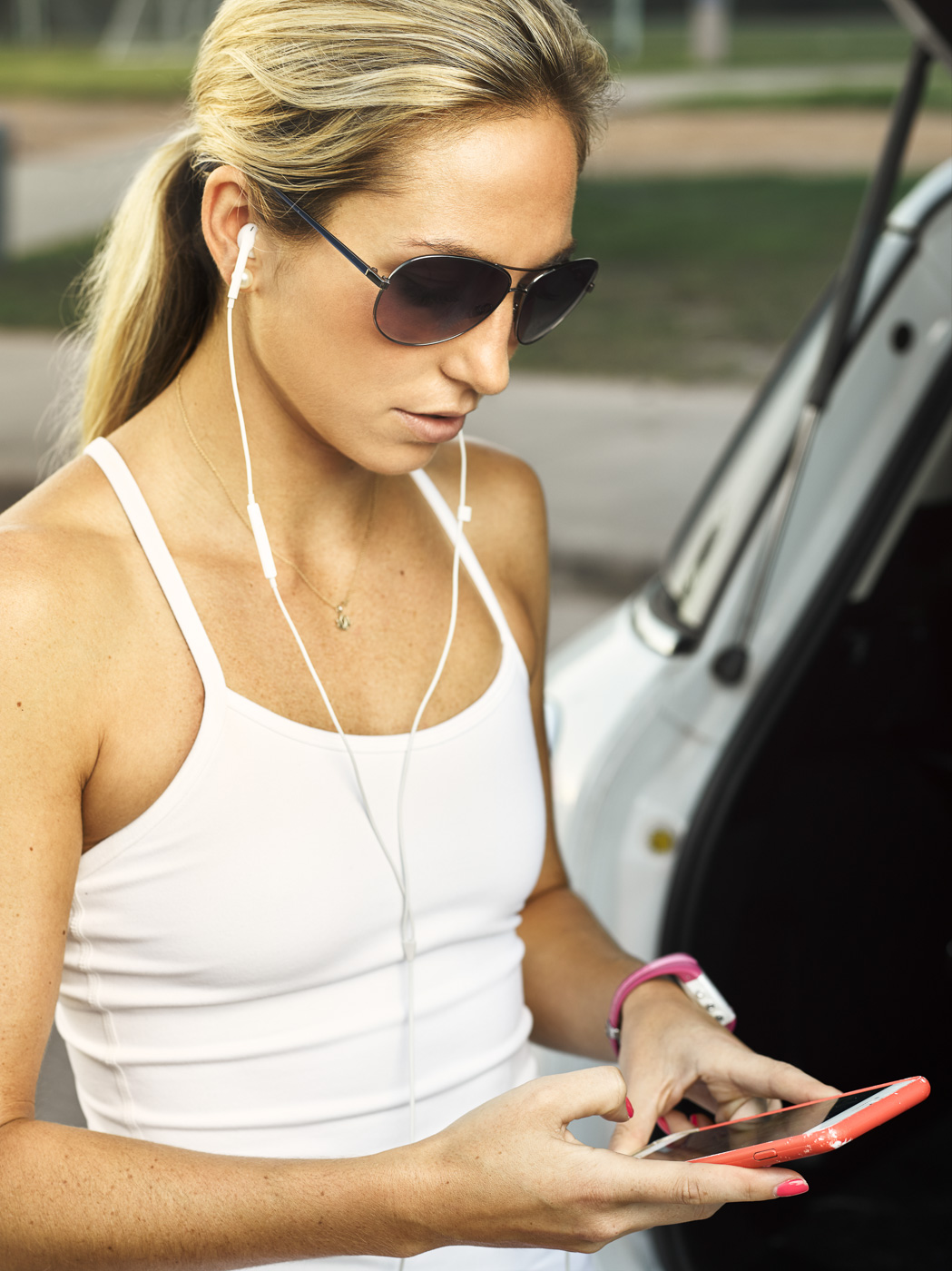 That’s what this shoot was for me. I’m always trying to shoot stuff that is different or work on an aspect of my craft that I feel I lack in or would like to learn to be better at. This time, that was the story telling aspect of a photo shoot from beginning to end, and trying out the medium format camera system with a moving subject. Most of the time I’m tracking athletes sprinting by me or hanging out of the back of the truck shooting a cyclist, so knowing how I was going to spot focus and preempt a movement was a little different than the way I normally shoot. Fortunately, I have awesome friends and Jaimee is absolutely no exception to that. She jumped those hurdles as many times as I said to keep going and when we worked up a sweat, we transitioned seamlessly into shooting some shots of her taking a drink or a deep breath and cooling down a bit. All in all, the medium format system will take a little getting used to on the focusing and use front and it won’t be ideal for every situation, but you can definitely capture some amazing stuff with it and I can’t wait to get even more adept with it as time goes on. 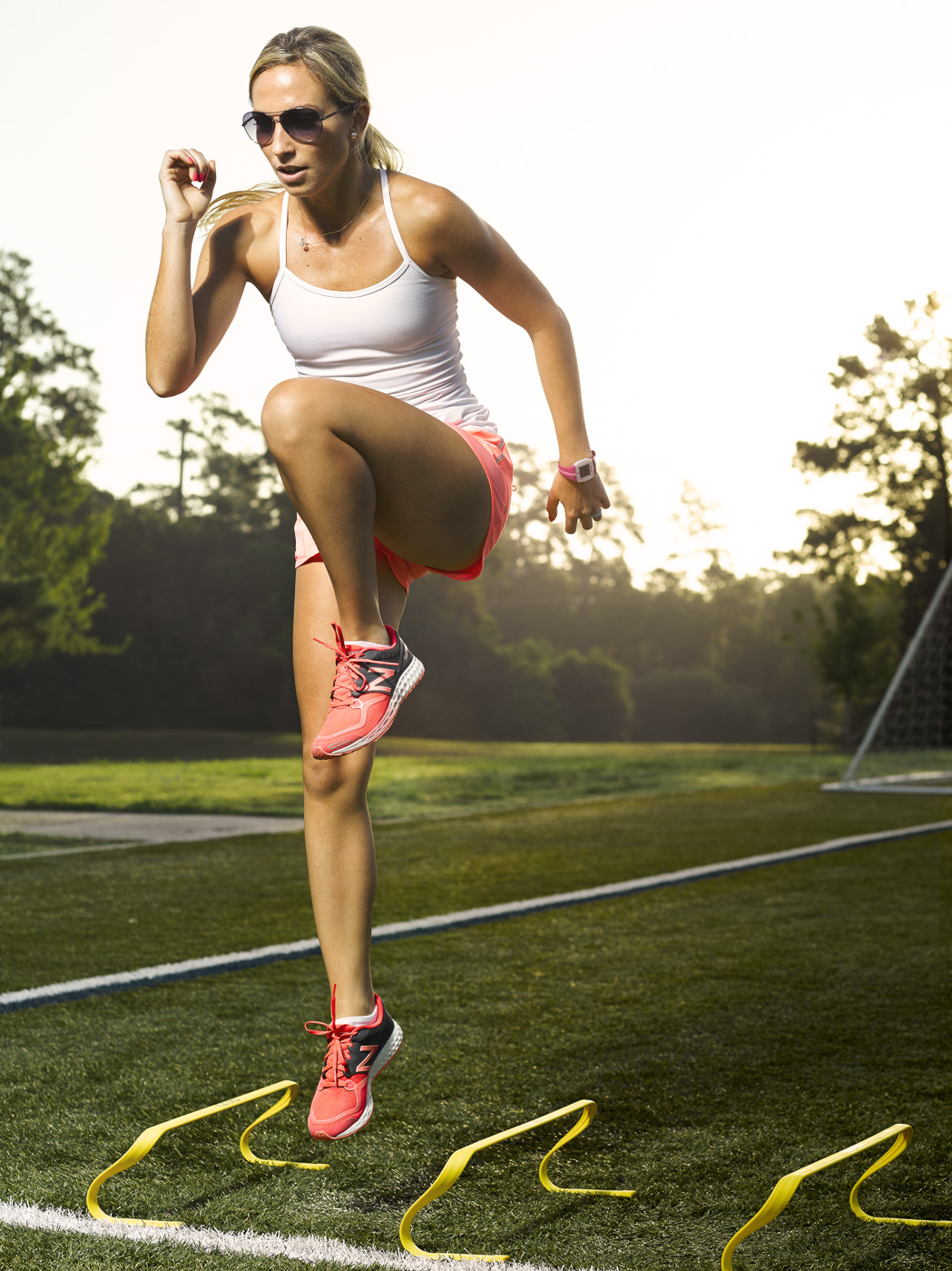 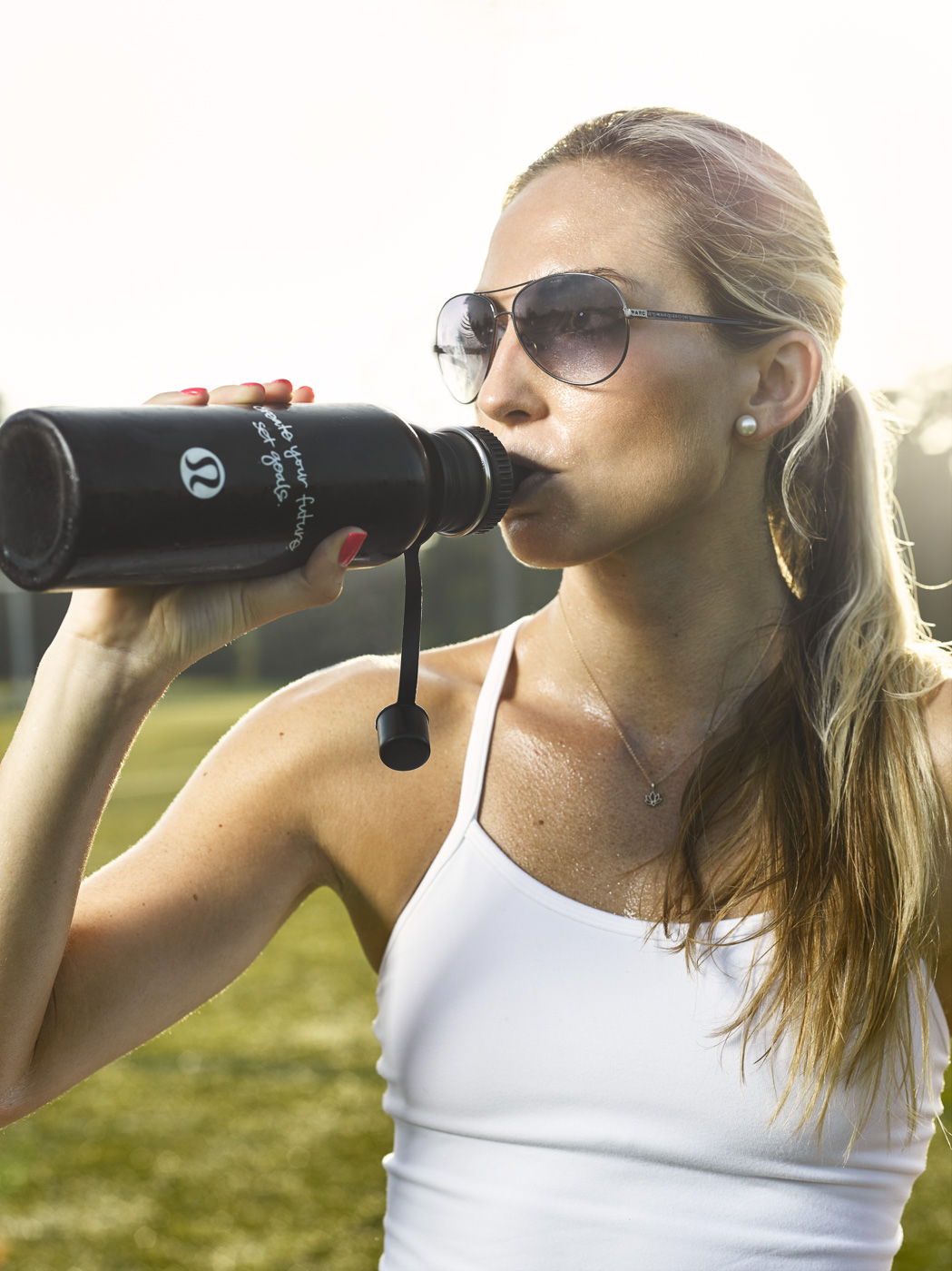 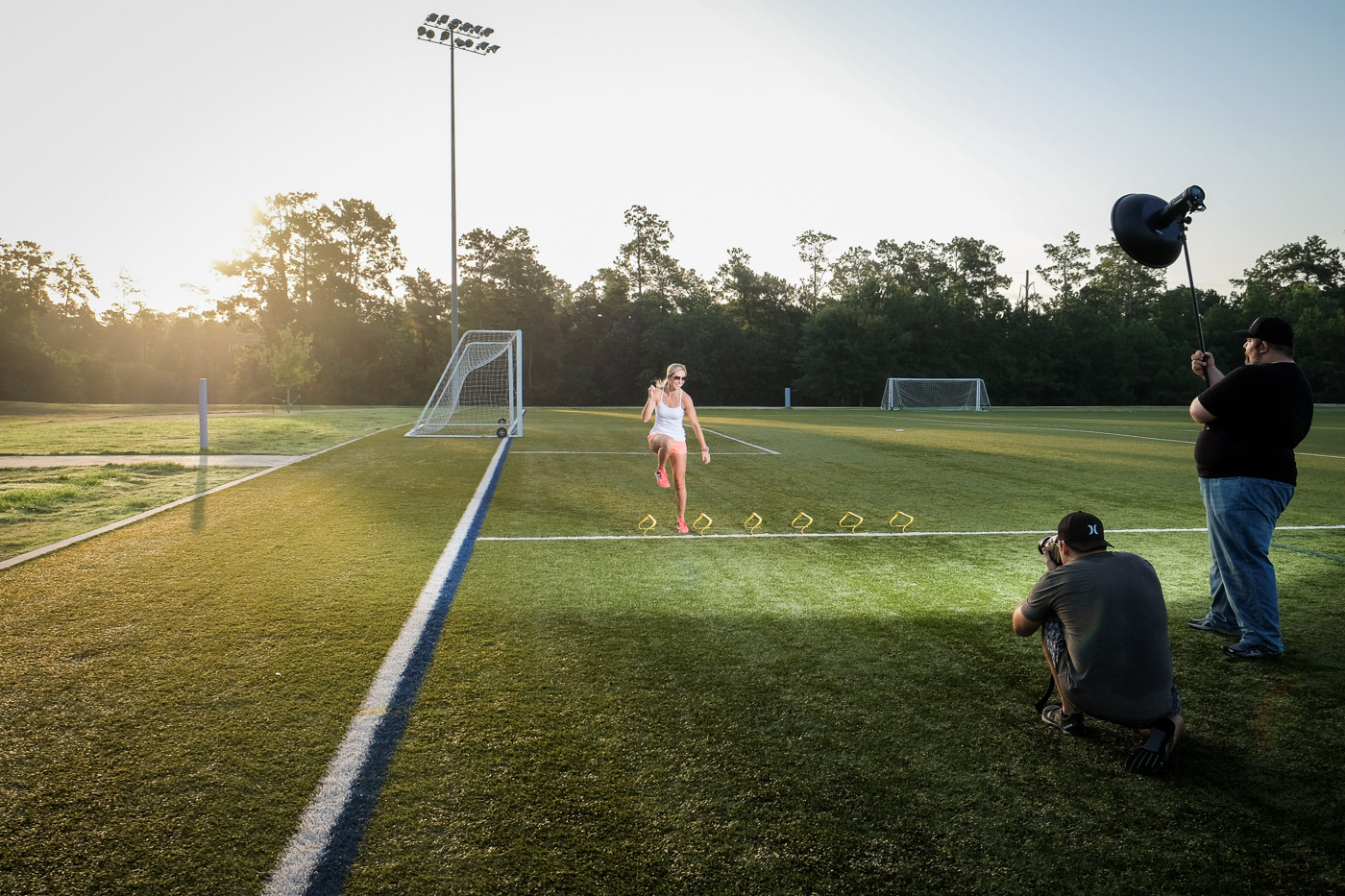 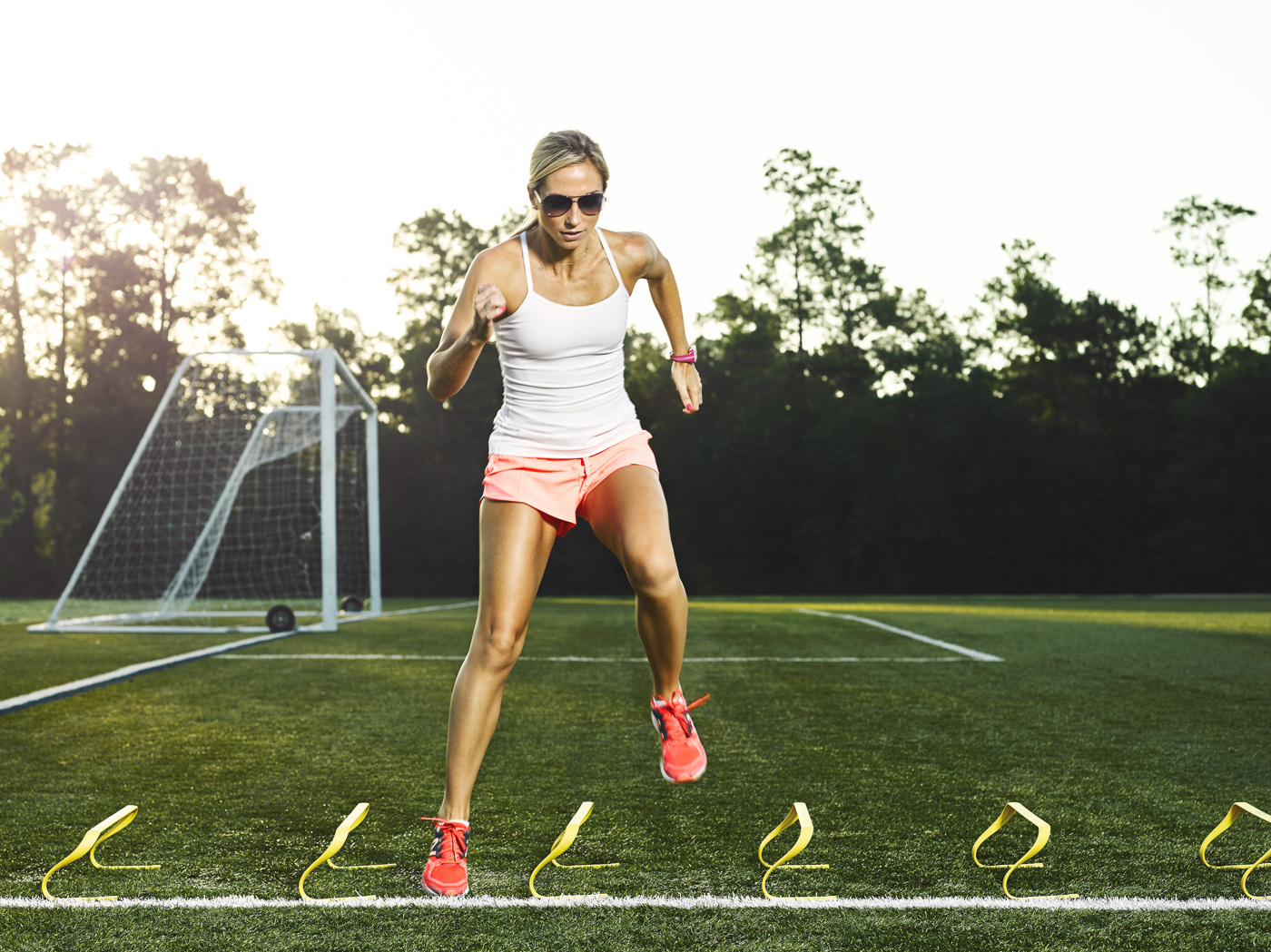 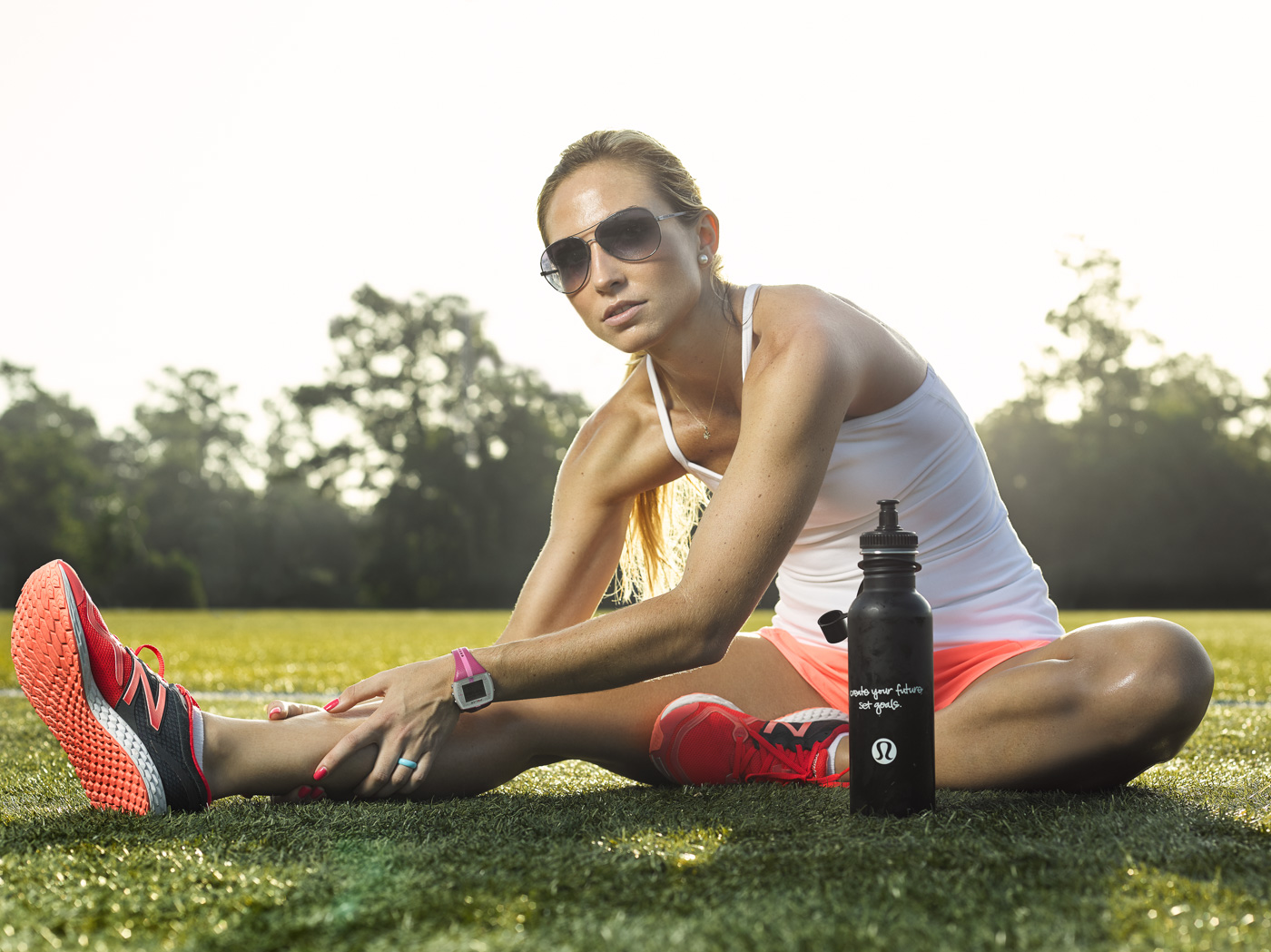 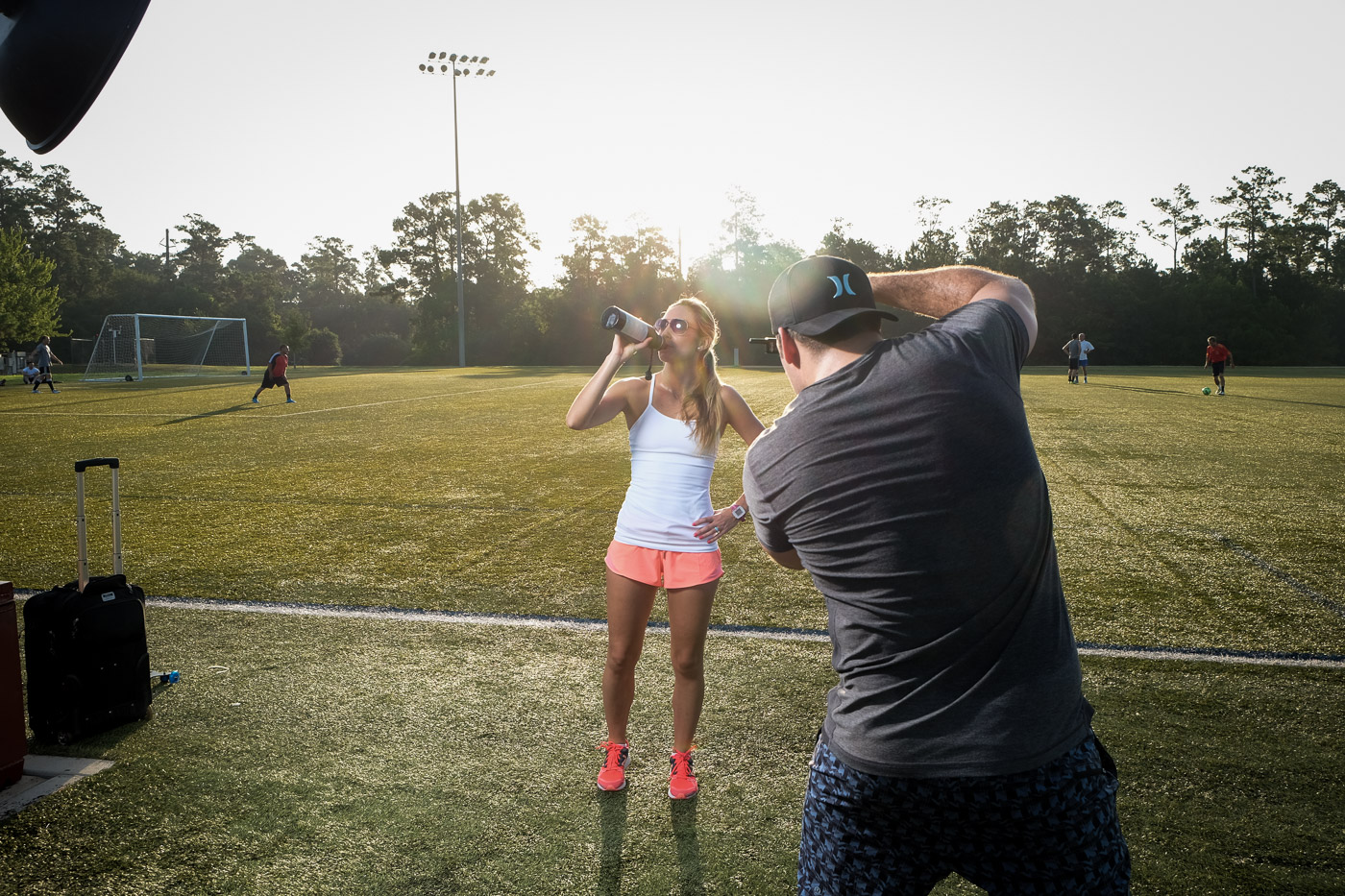 As for the storytelling aspect, I really wanted to capture that “Rise and Grind” feeling that I love about athletes so much. I love the story of the athlete and I think the best example of what I’m talking about in recent advertising would be the Under Armor tv spot featuring Michale Phelps doing it in the dark. That was awesome and we were all talking about it for a few days at least. I didn’t have anything quite that gritty in mind, but I did want to incorporate that early morning, get up, get your music, and get after it feel to the photos. I also wanted to continue experimenting with sunrise light and sun flair in the images as much as I could. I loved the results I got in the recent yoga photos I shared, and I wanted a little of that same feel for this just a bit crisper and more contrasty to define the action. Result: I ended up loving what we were able to capture and the fact that we were able to incorporate the Lululemon brand into everything with her being an ambassador here locally was an awesome aspect as well. It’s all of these things coming together that make an effective photograph for marketing and I will always be continuing to hunt and try to hone that skill set as an aspiring commercial and advertising photographer. 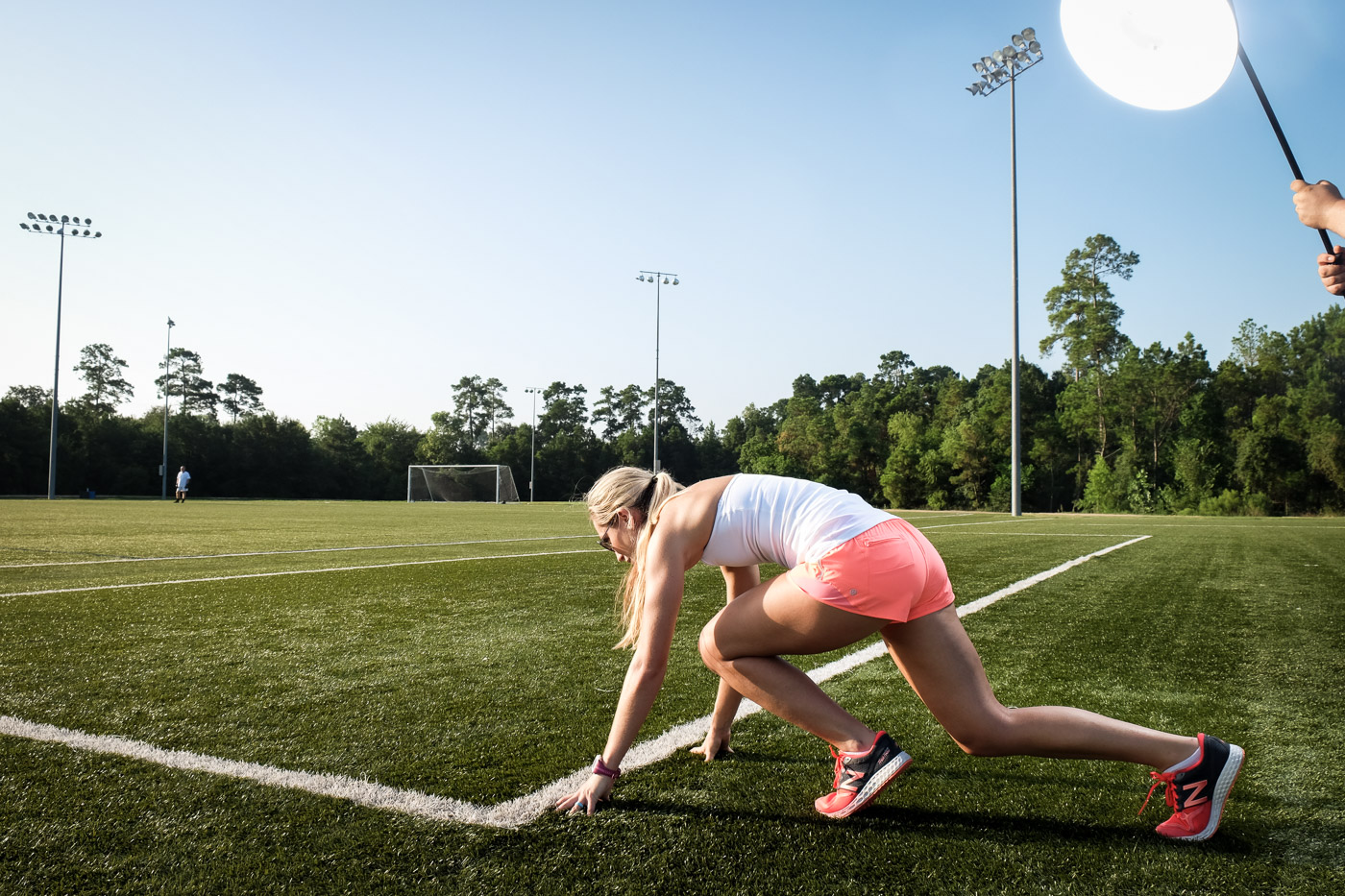 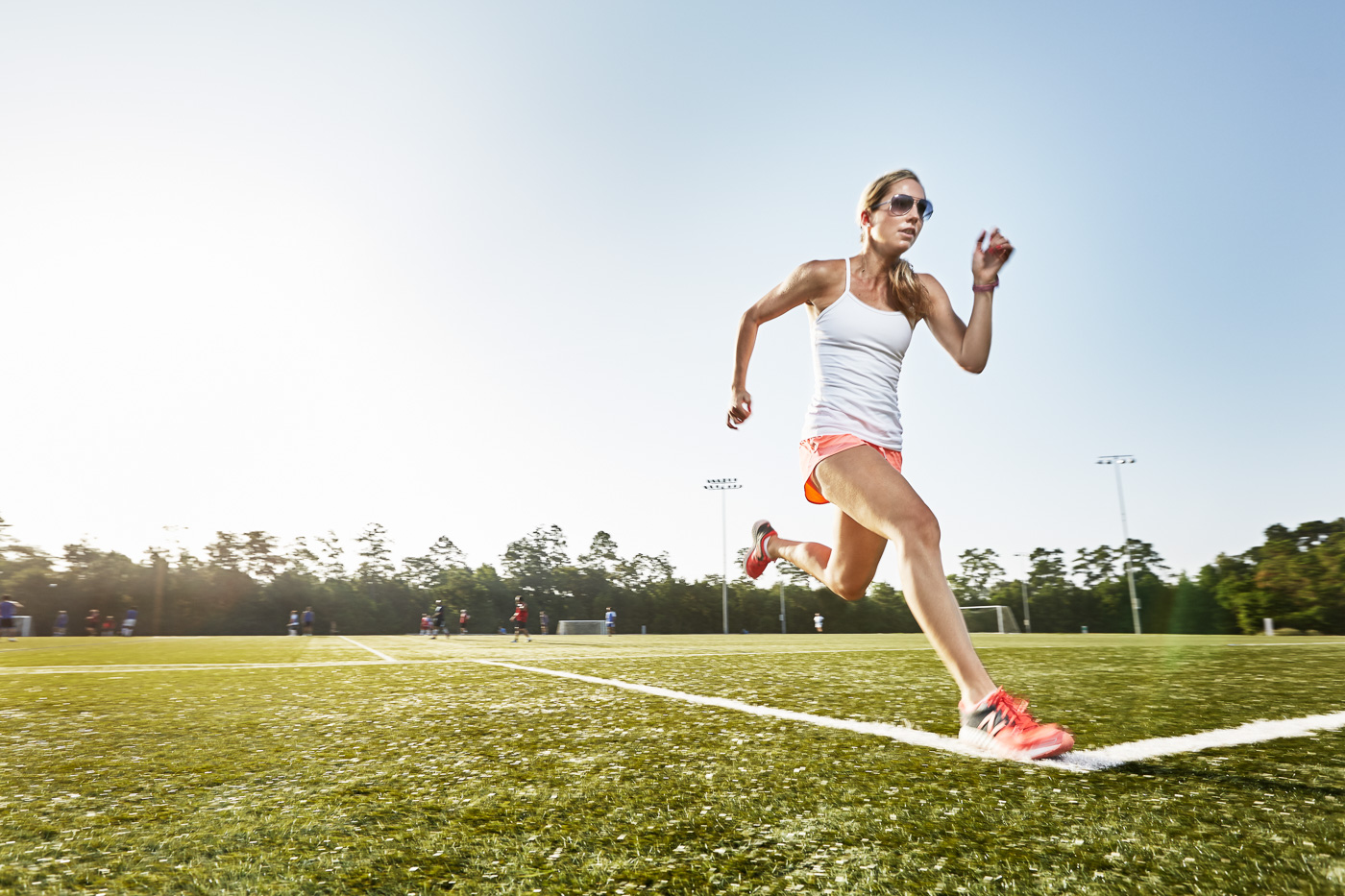 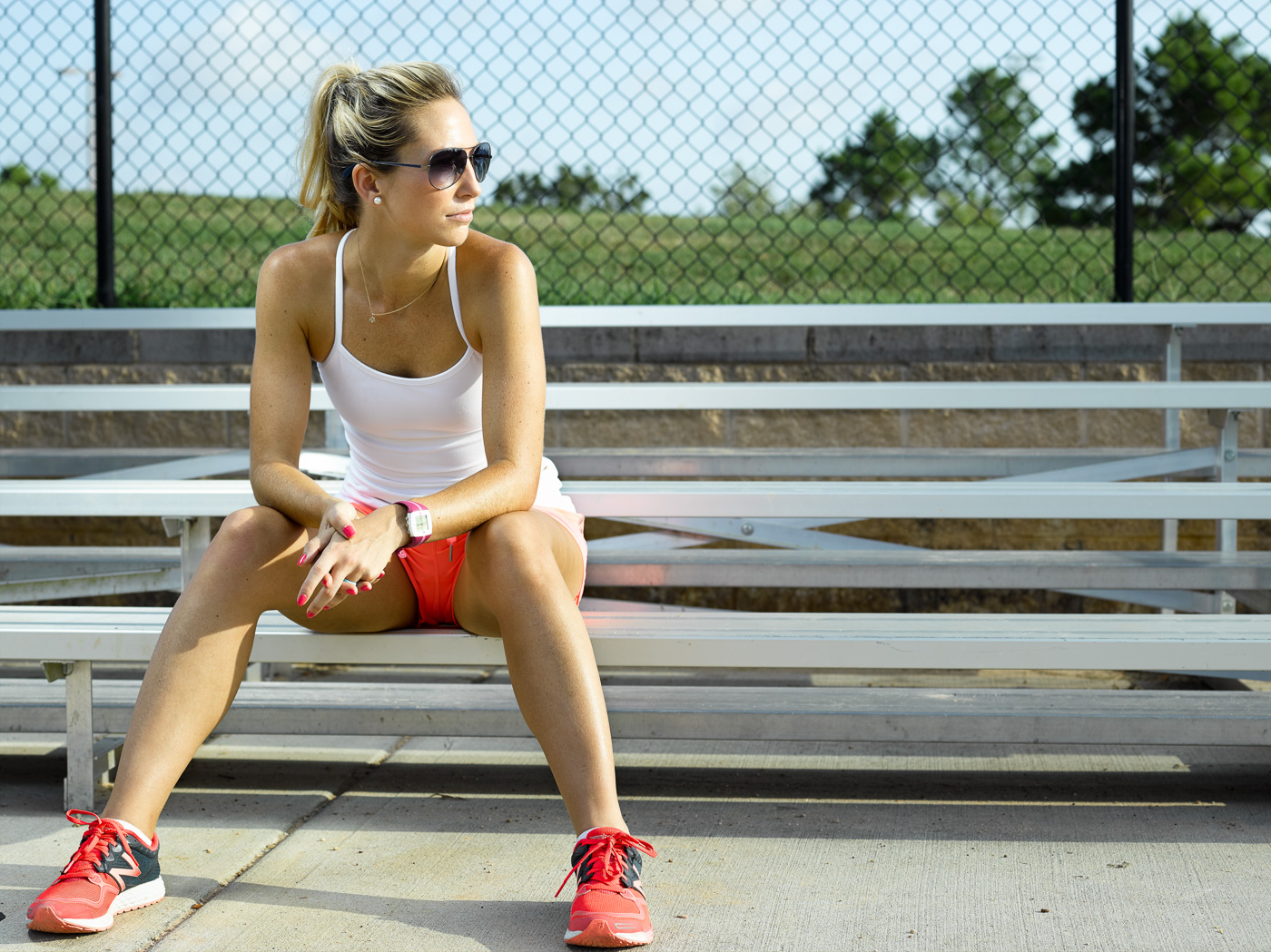 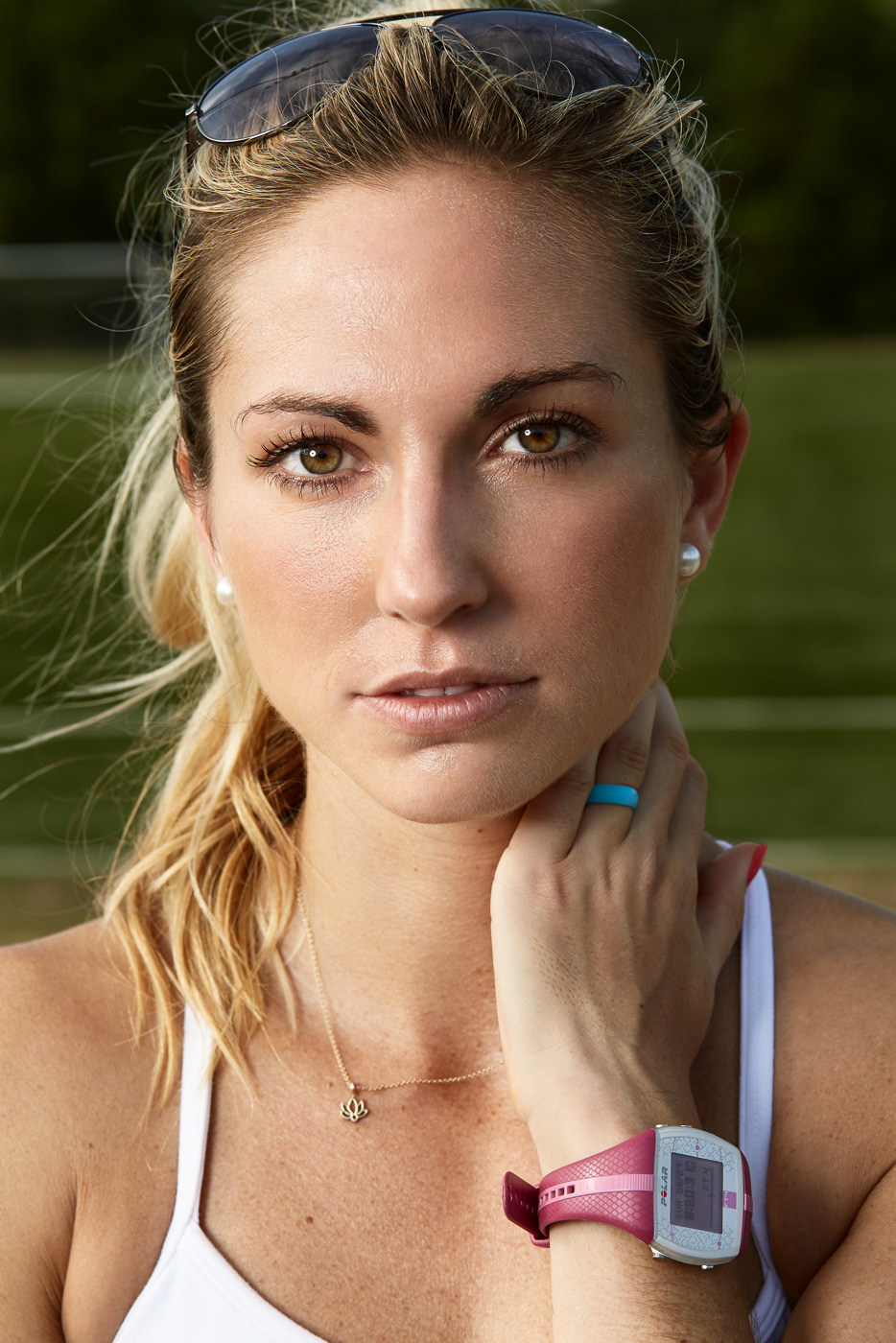