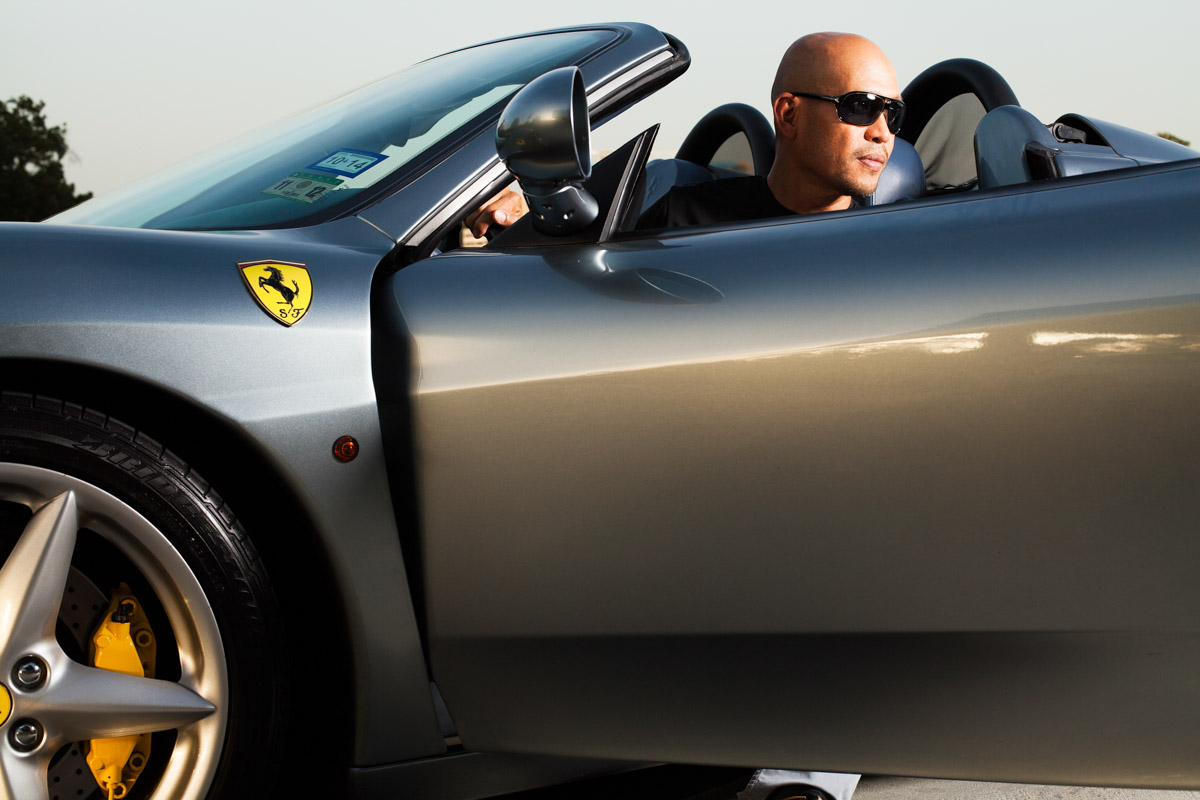 A few weeks ago I had the pleasure of working with a local triathlete for an ongoing personal project (which I’ll touch on more in the future). After meeting the first time to discuss the project and the shoot, he told me about the fact that he was going to be moving to California soon from Texas and wanted to do a shoot with his Ferrari before he left. He’d always wanted to get some shots with him and his beloved car, but had never actually done so for a reason that… well… he couldn’t come up with a reason. And I could come up with one big reason to say yes to this shoot, it’s a freaking Ferrari! 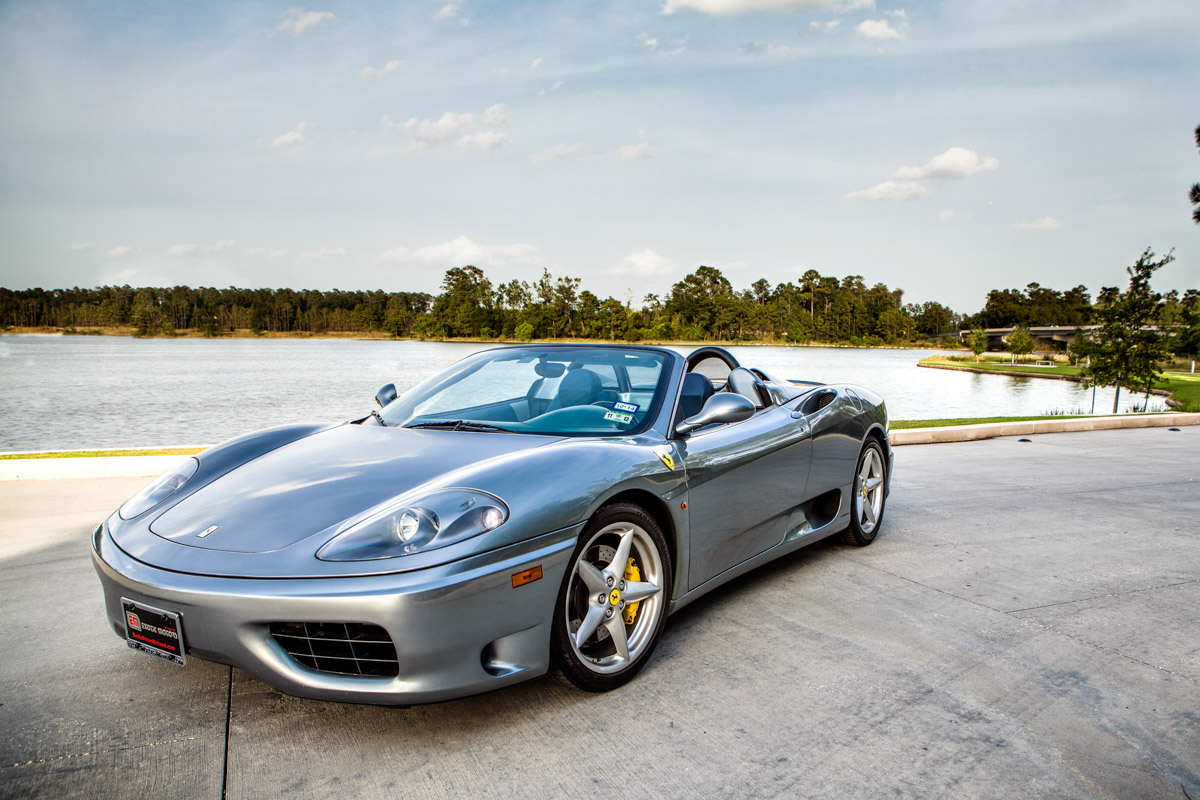 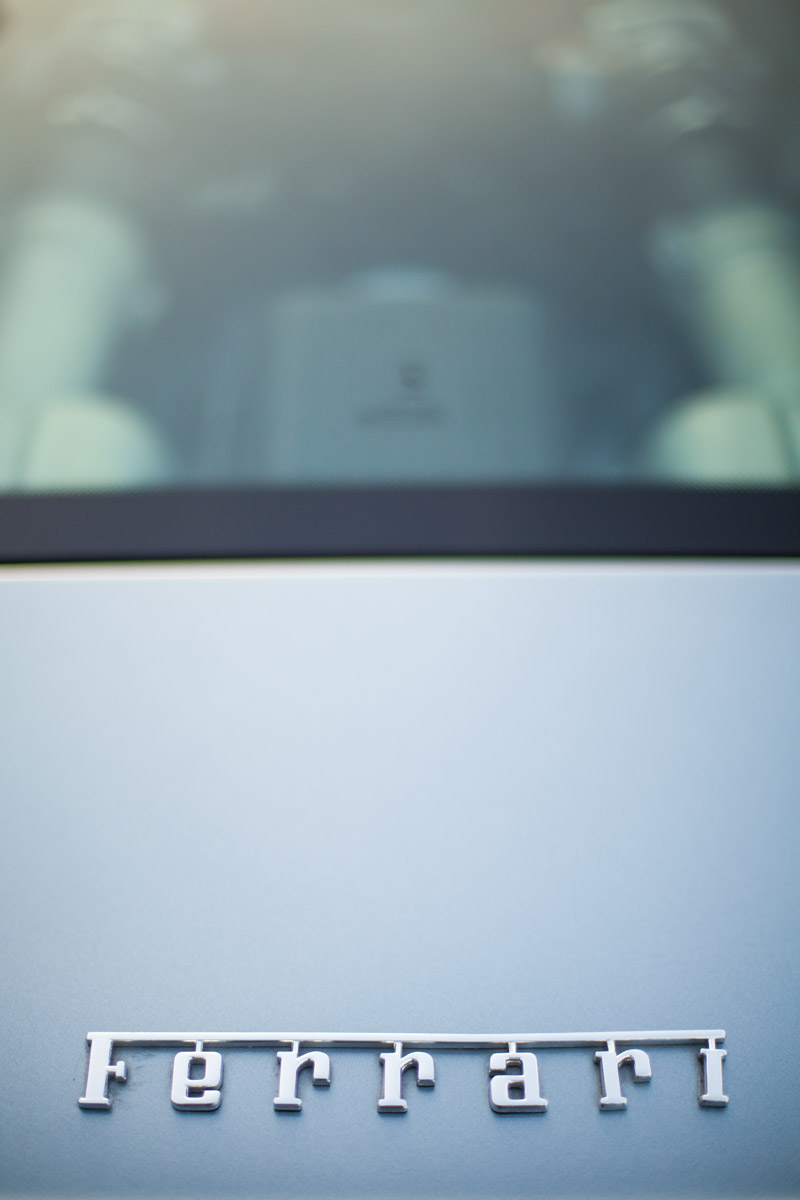 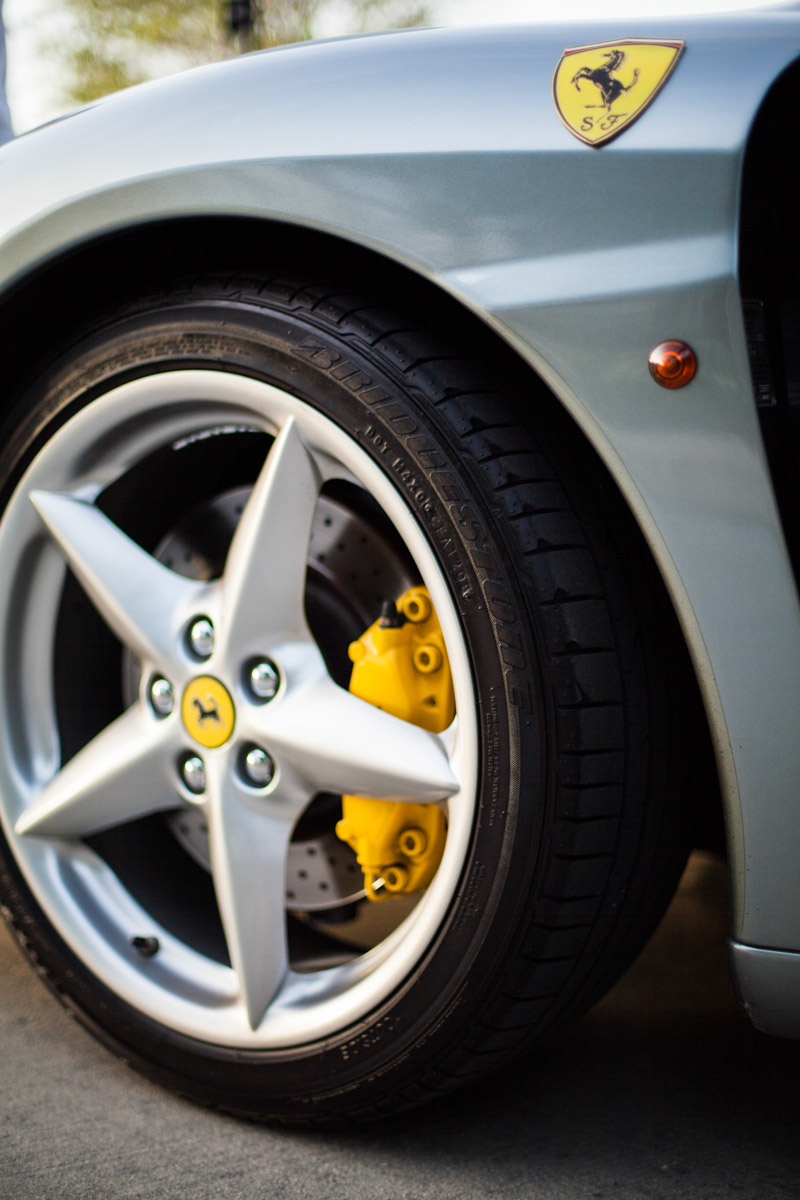 We scouted a few locations here in The Woodlands the night before and found a really cool area that we could get some shots with Lake Woodlands in the background and a nice sky to reflect the sunset. Our goal was to get a few shots with Winston in front of the car, a few shots of the car and the beautiful details, a couple of shots of Winston getting out of the car or sitting in the car, and – if possible – a moving shot of Winston driving to add a little effect. So, we had a plan, we had a locations, all we needed was this beautiful Italian Sports Car and a bad-ass model to go with it. 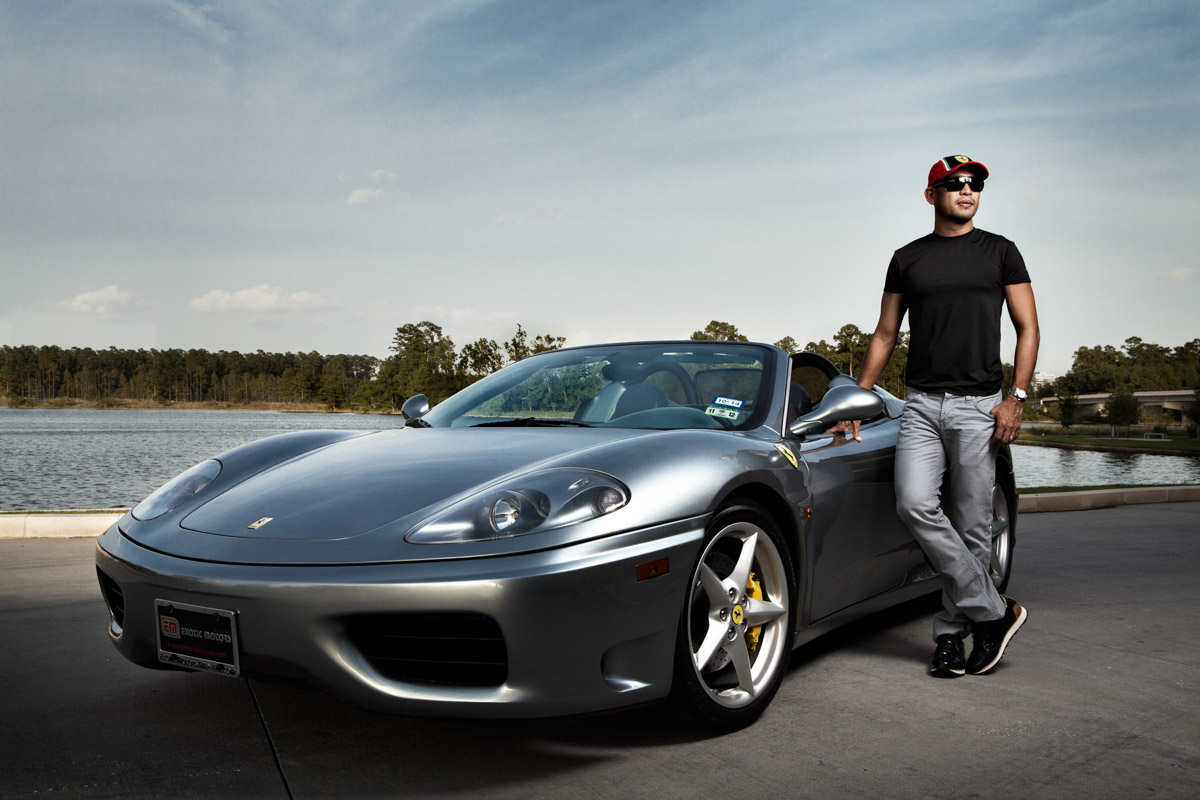 We met the next night and Winston instantly impressed me with his ease in front of the camera and the shoot was a breeze and a blast. I tried to keep the lighting very masculine, making sure that I was either glamour lighting Winston or kicking the light off to a 45 to create those nice, dark lines and areas in the image. Finally, I really wanted to use a kicker light on the car itself to add some life into the beautiful silver finish and really show off the lines that make these cars famous and sought-after. I couldn’t have been happier with the results. 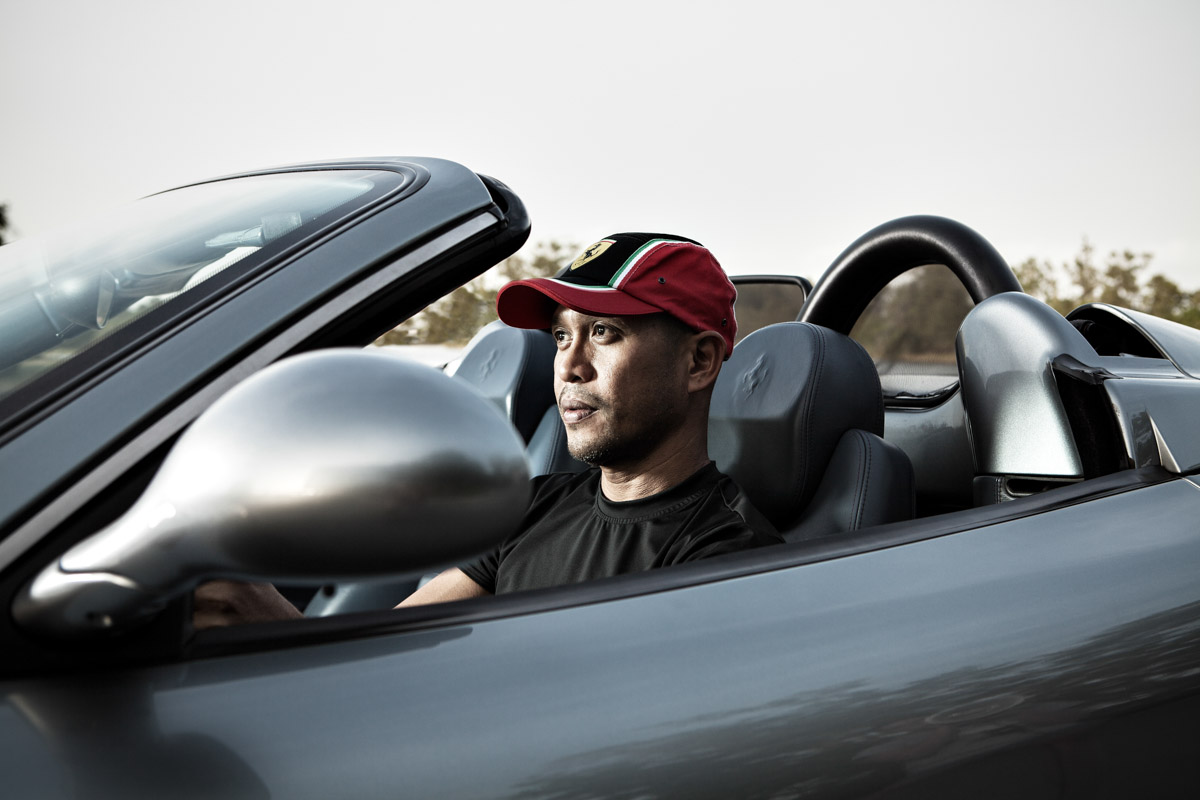 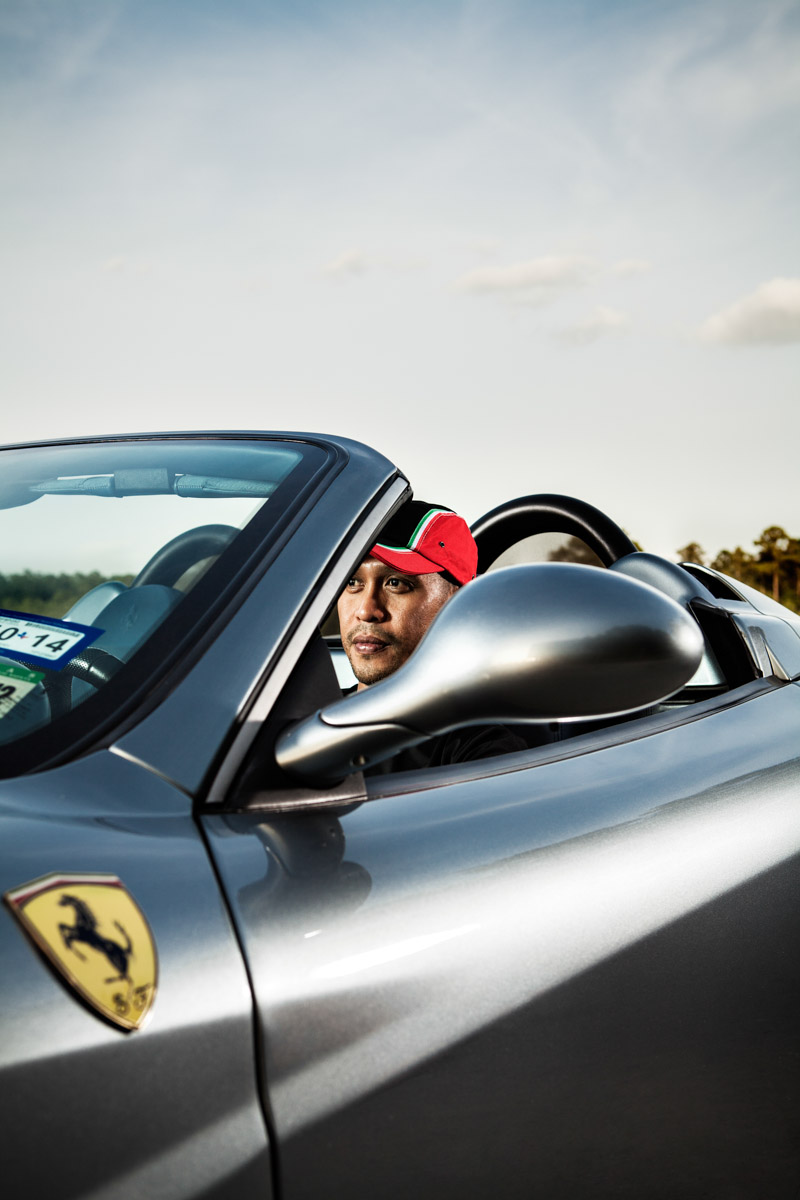 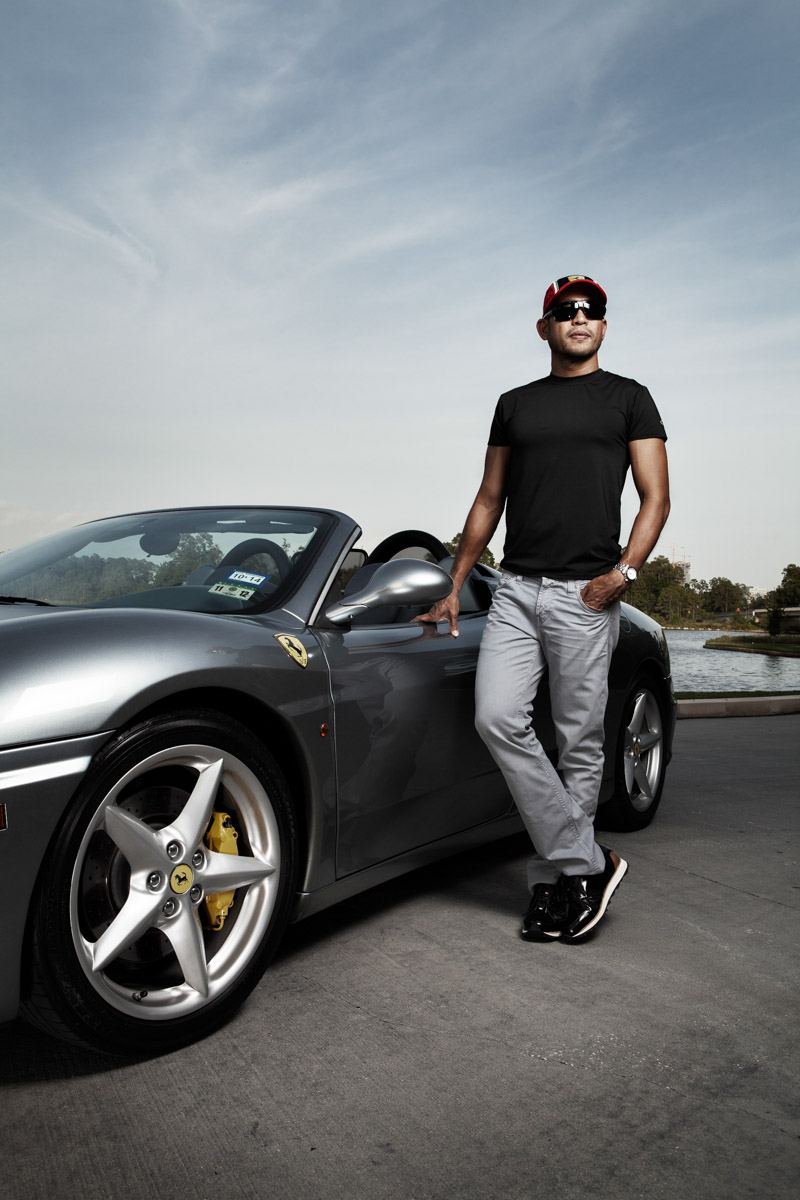 After knocking out some great shots of Winston next to his car, we opened the doors to this beast and snapped some shots of him in the driver seat (I’m thinking he looks like the Rock here, is that just me?). Ending the whole thing with a fun shoot, using the sun to flare out a bit and give Winston that look like he’s getting out of his car onto the red carpet somewhere. It was a lot of fun and the flares really gave the shoot an awesome pop that I wasn’t expecting. Another one in the bag and it’s always great when unexpected light creates results you weren’t even expecting. 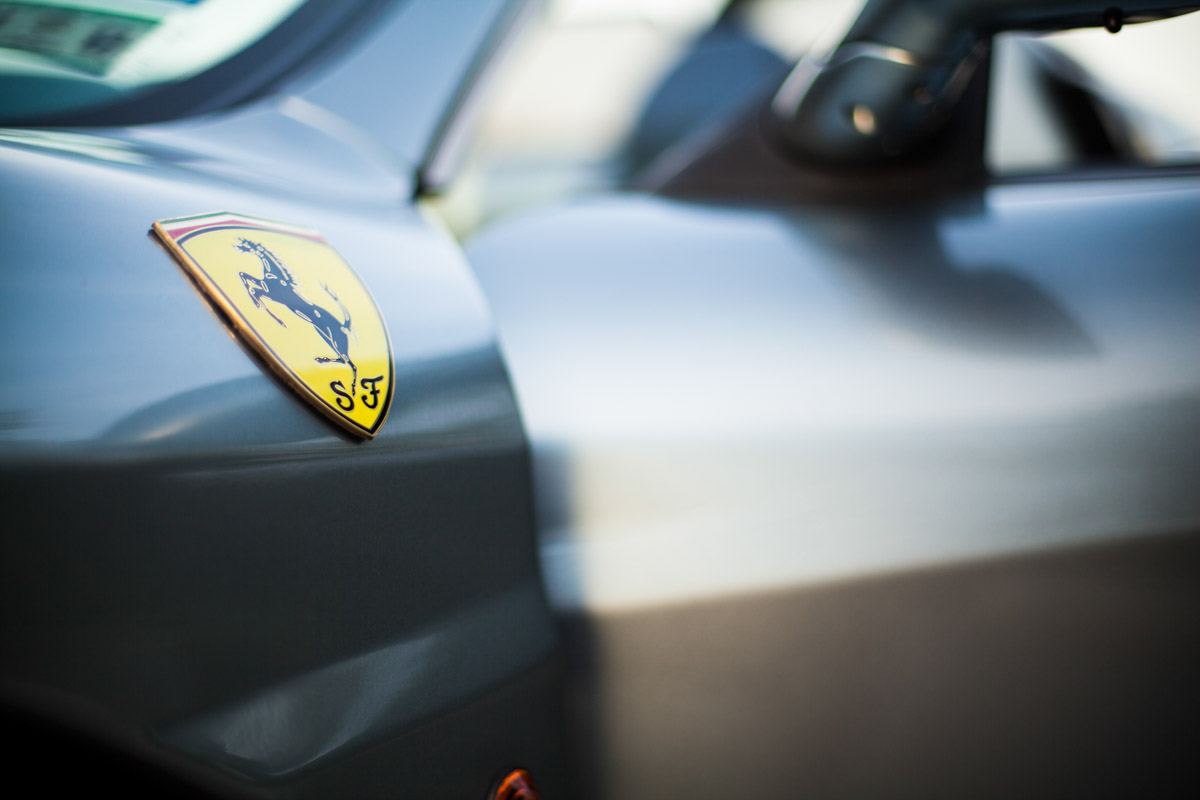 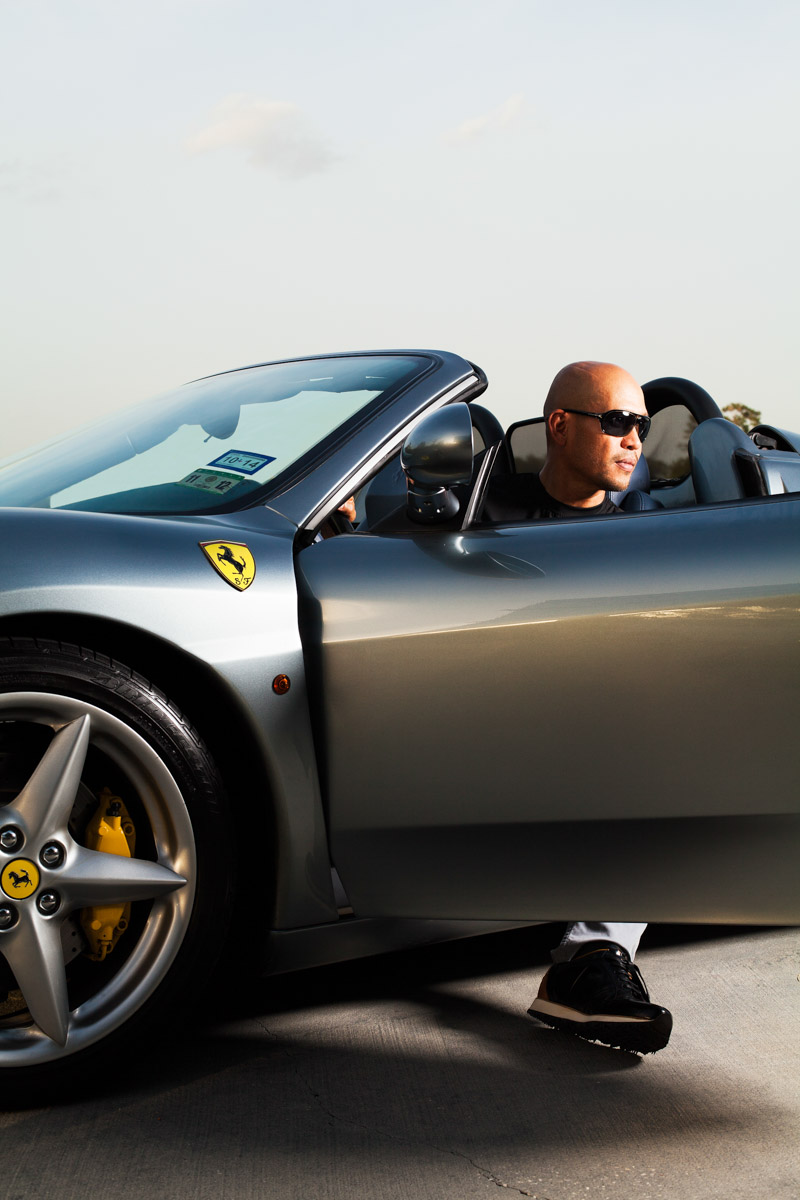 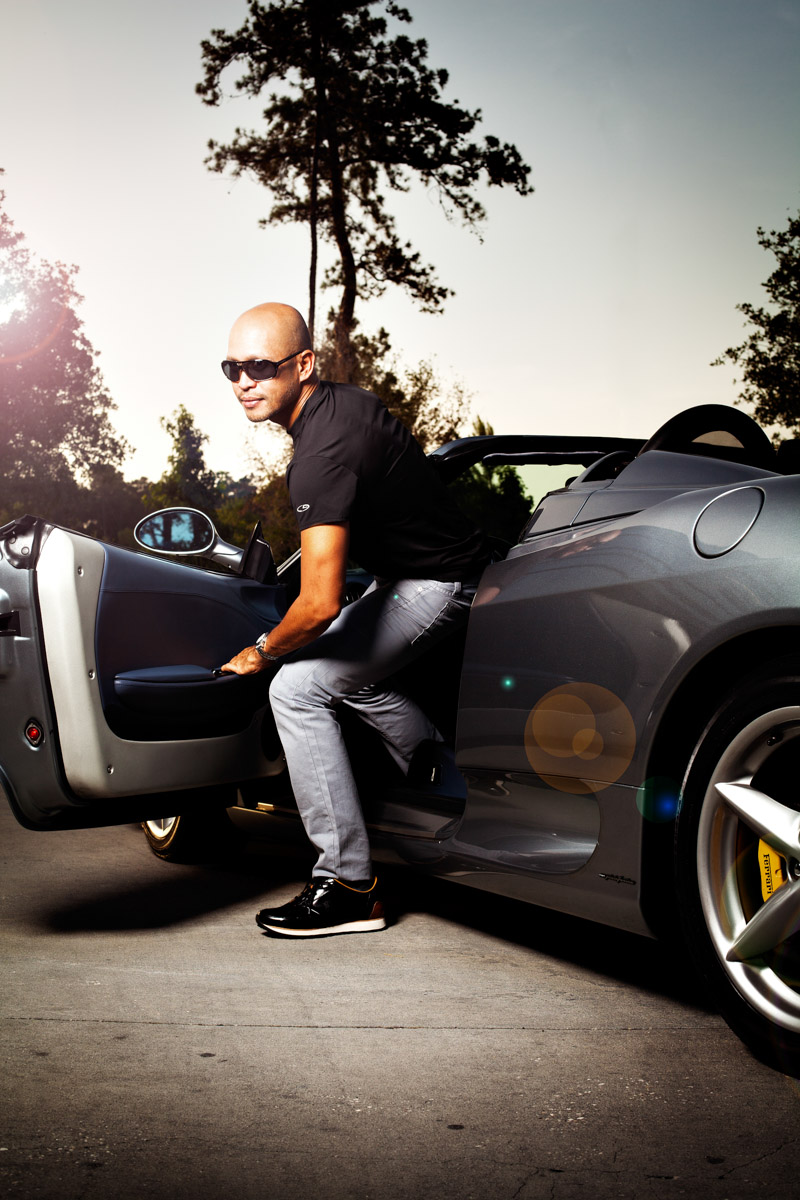 To finish off the shoot, our sun was going down quickly and we weren’t able to set up the lights, but I still really wanted to give Winston a driving shot to send him off on his long trip to California. So, I loaded up in the back of the truck while Sam drove and we caught this nice motion blur shot of Winston in his sweet silver ride to end the night. It was an awesome shoot and I can’t wait to share the rest of Winston’s photos in a future post on triathlon! 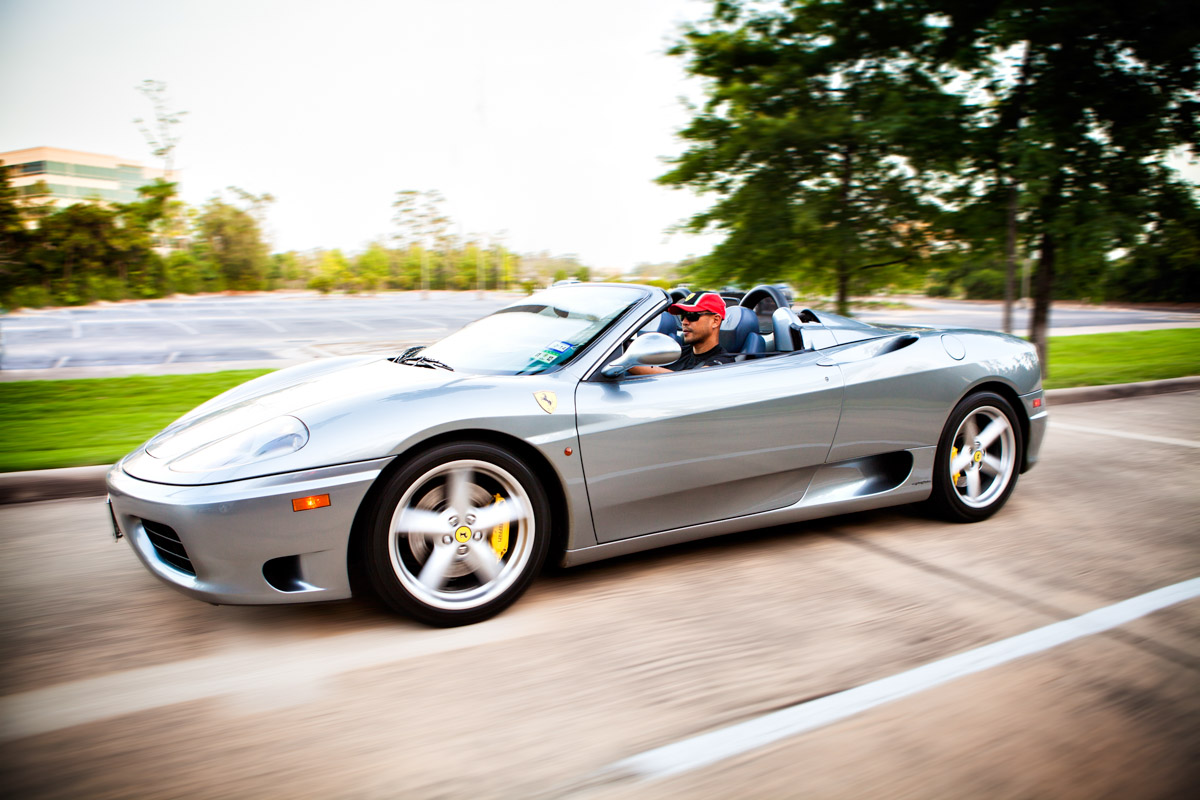