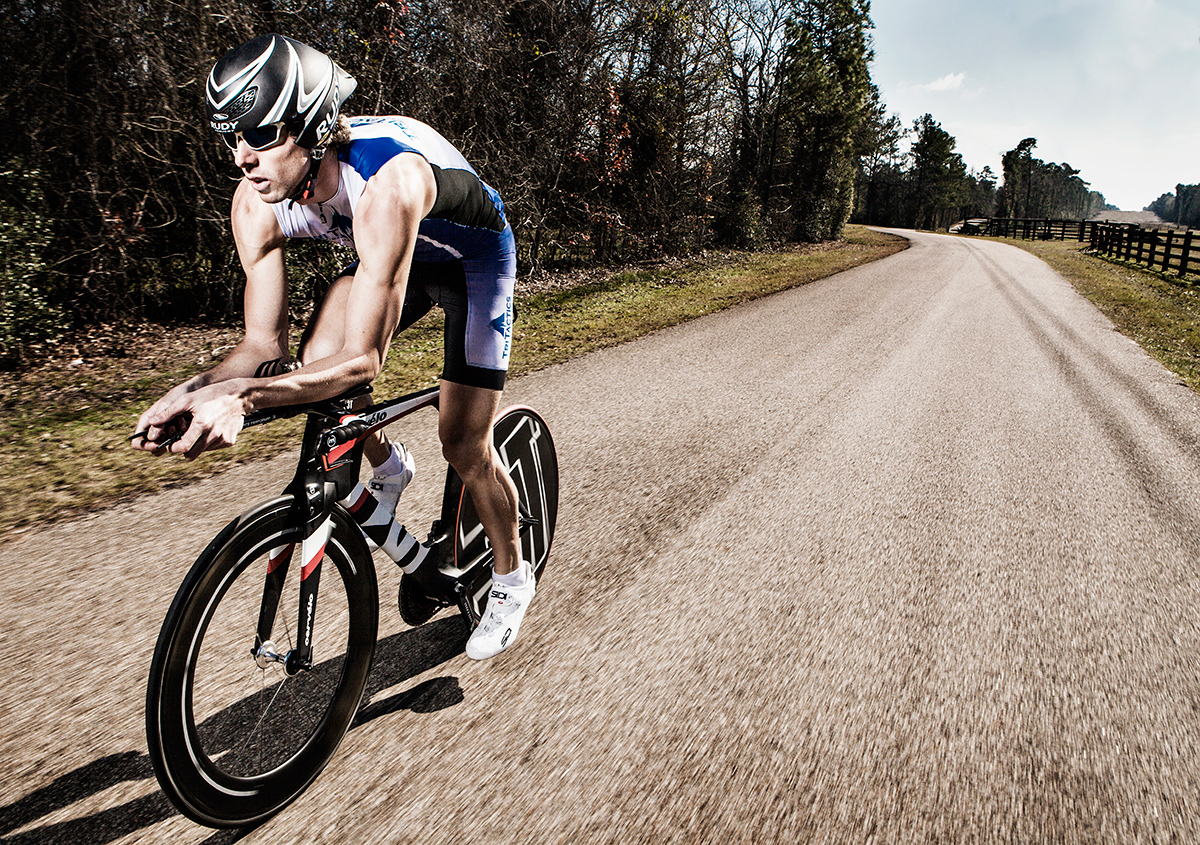 A few months ago we were approached by Balázs to do a series of photos of him for his new website and personal usage. Needless to say, we already had tons of ideas flowing but, first, let me back up a little bit… Unless you’re directly involved in triathlon and, more specifically, Ironman events, you might not understand how cool this was for me. Balázs is not just another athlete, he’s an Ironman Champion. Balazs is a Hungarian machine [both athletically and at the dinner table!] that has recently relocated to The Woodlands, TX to continue to train for Kona 2013 and work as a coach for triathletes in the Houston/Woodlands area with TriTactics. He had seen some of our work and asked us if we could do a series of shoots for him, capturing him in his elements, his offices, his passions – in the pool, on the bike, and on the run. We were absolutely [I give up, there is no word that correctly describes how we felt] about the opportunity! 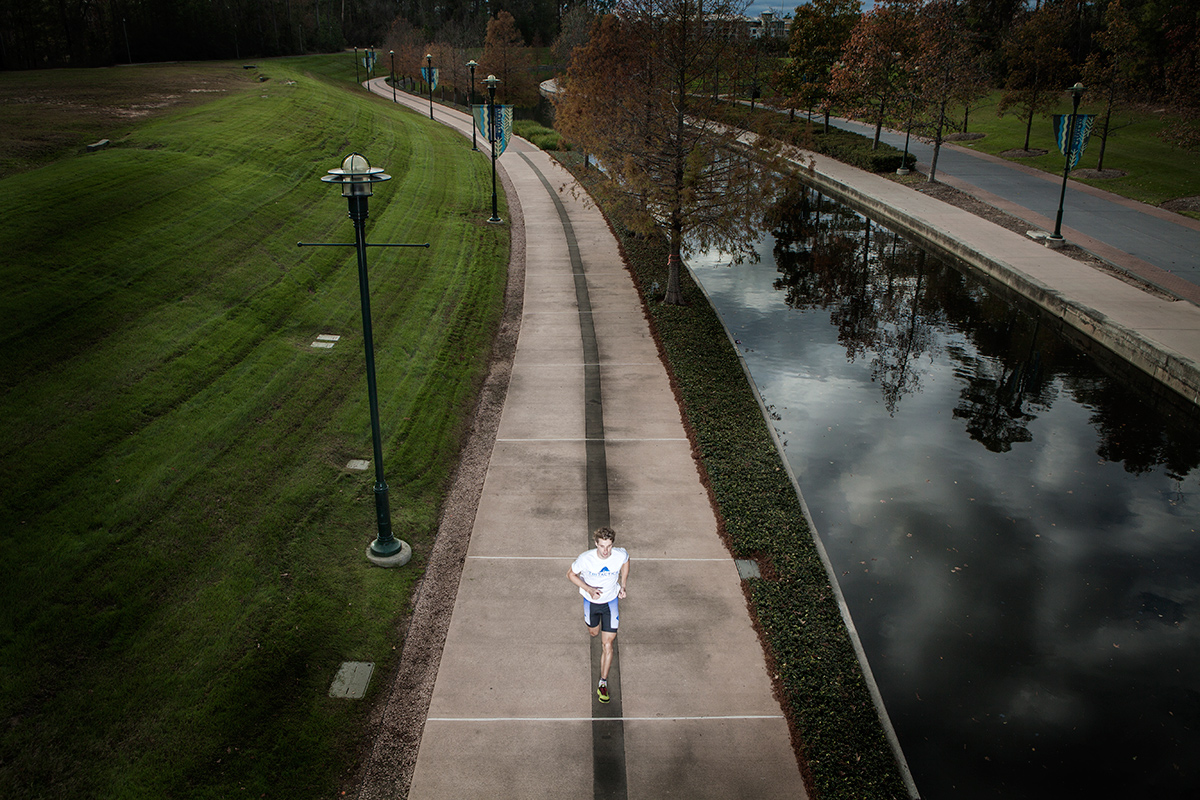 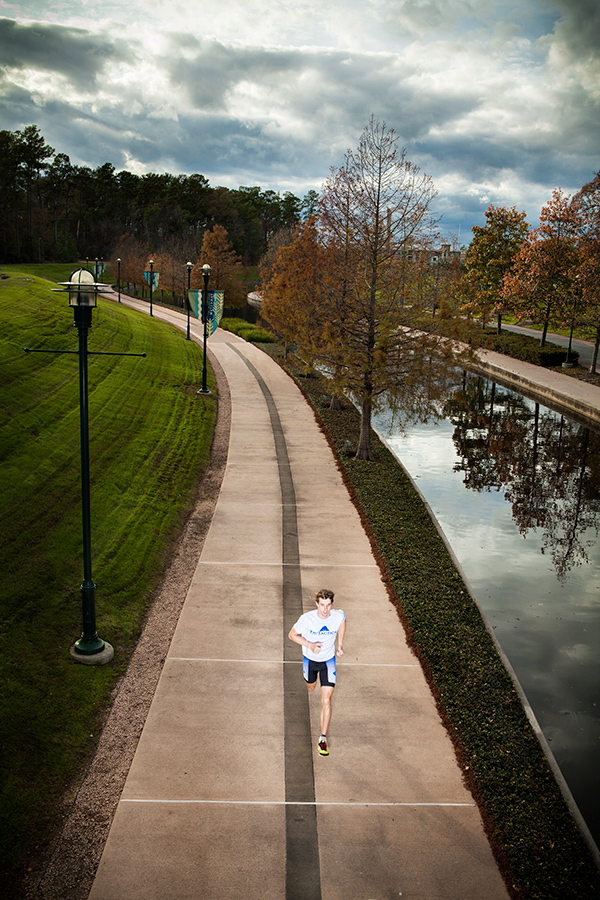 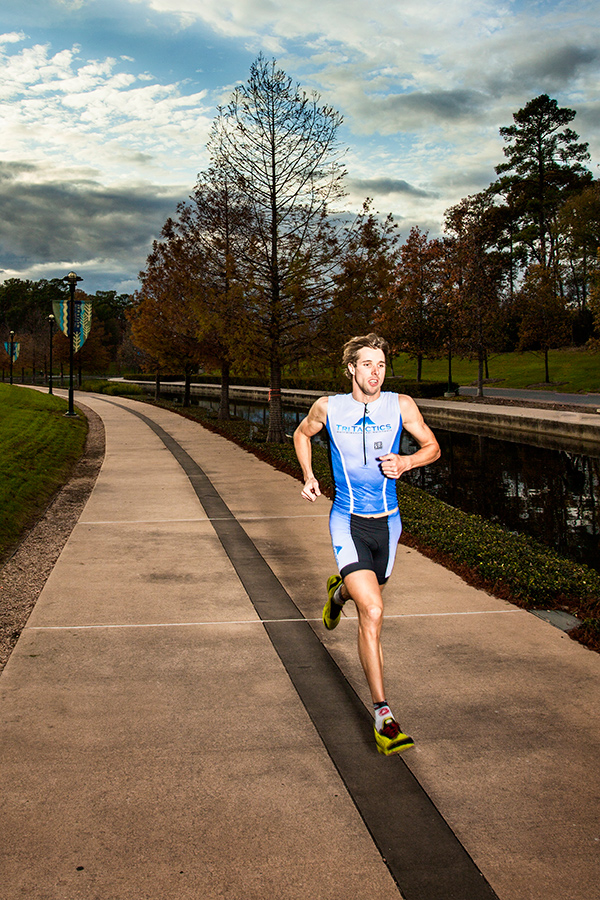 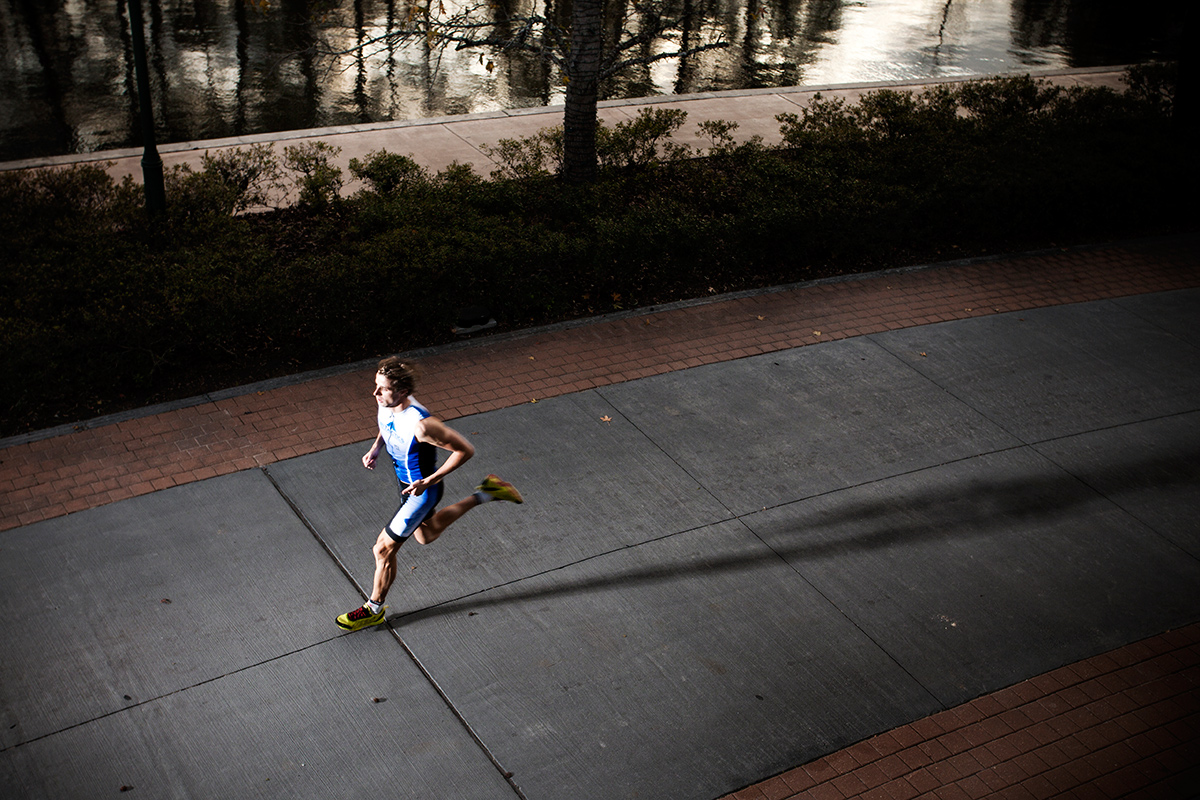 We decided to use the Ironman Texas course (located locally in The Woodlands) as the backdrop for the three shoots and tried to work our schedules around Balázs’ already tight schedule packed with coaching, workouts, eating, workouts, sleeping, and – you guessed it – workouts. Because of the scheduling, we were able to break the sessions up into 3 different blocks and try to get them done at the beginning or just at the end of one of his workouts to try and capture him in his element as much as possible. We started with the run. Utilizing the lights to really set Balazs apart from the environment and make him the focus, I was able to create a real edgy look that fit my style and created that ultra-modern, on the grind, sports look that Balázs really wanted. 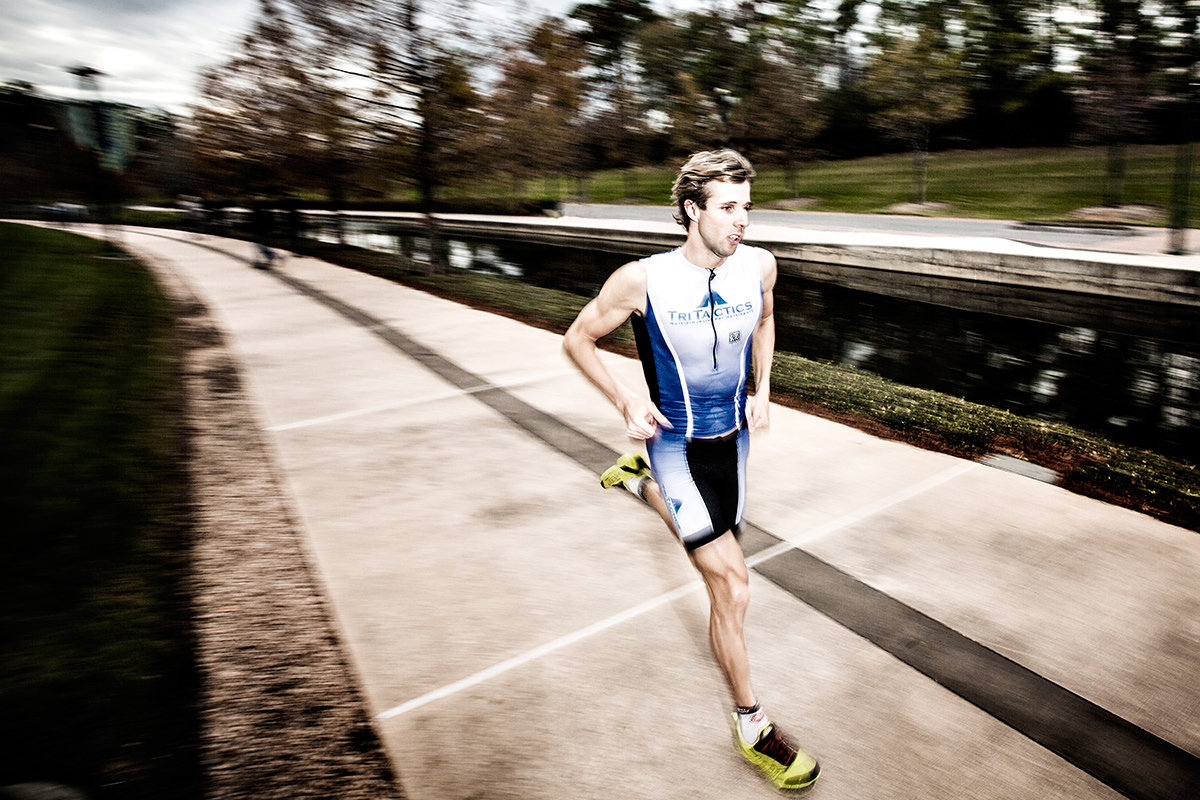 On the back end of the run shoot, we dropped the lights and utilized the nice sunlight we were getting towards the sunset hours to showcase a little more of The Woodlands and capture some more natural feeling photos for Balázs. 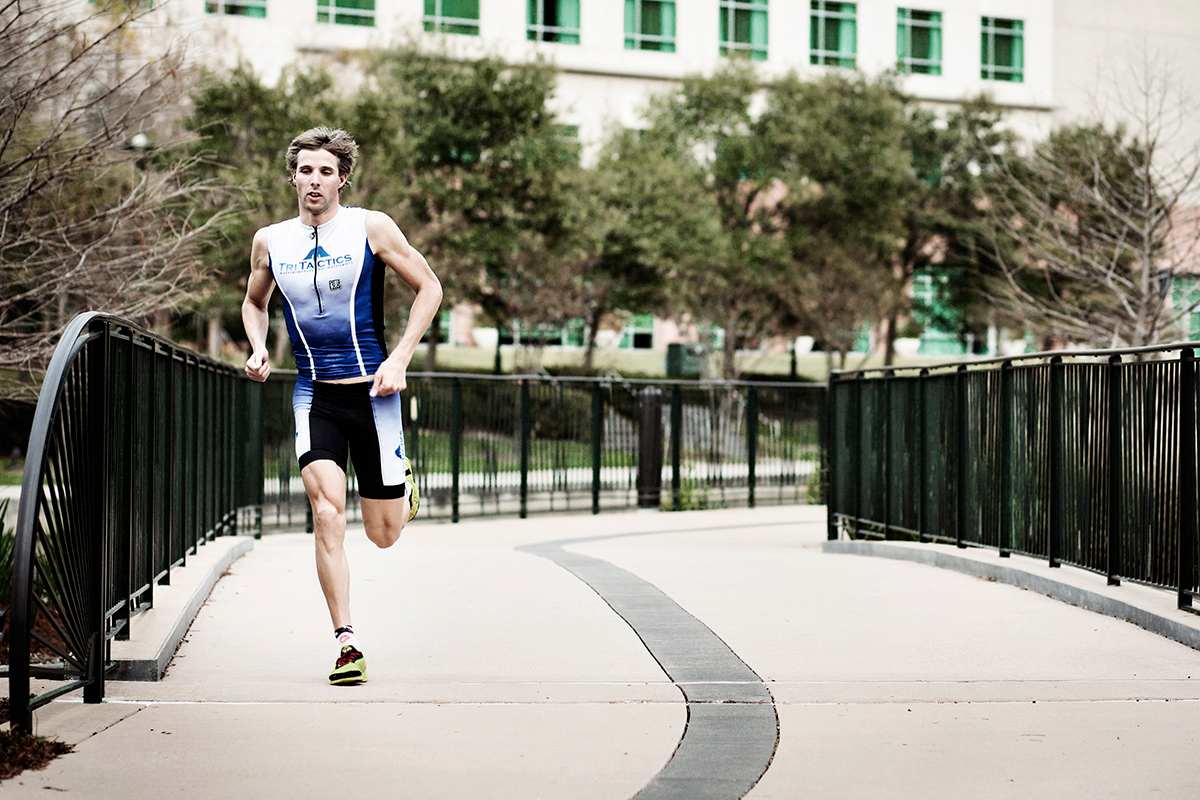 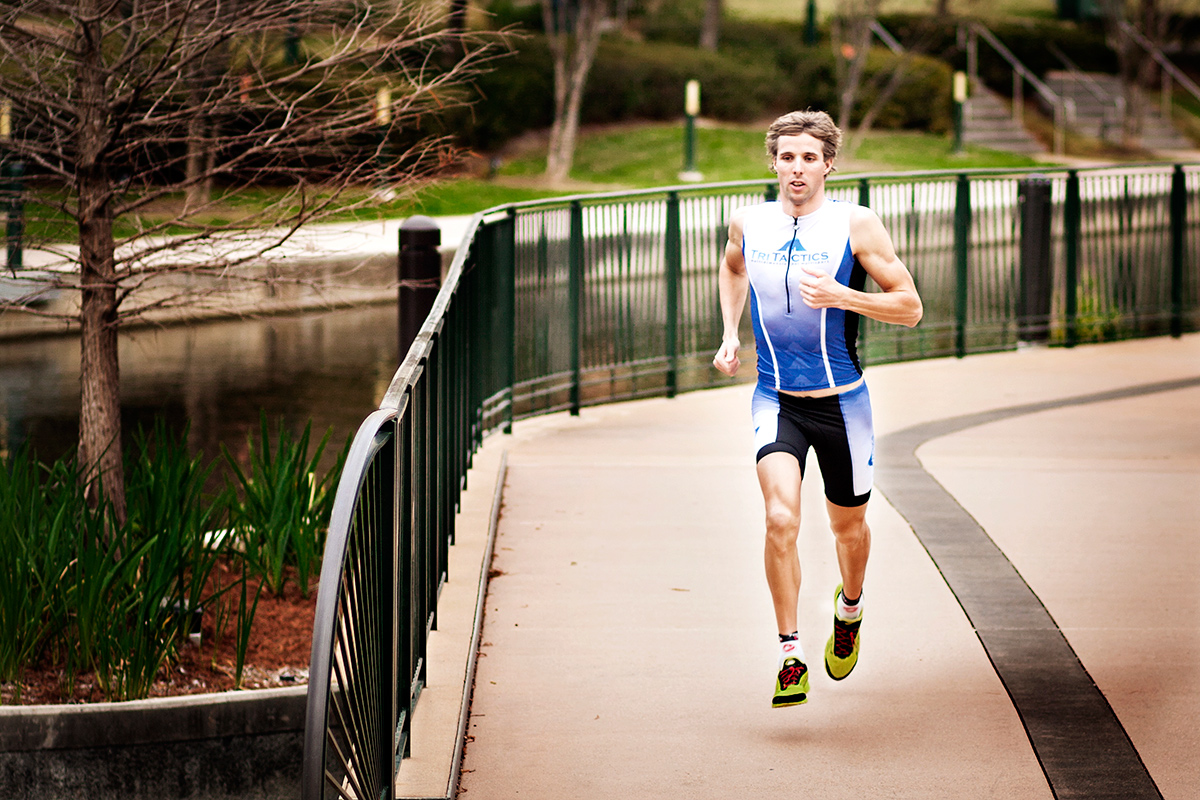 Our next shoot was an extremely short one (5-10 minute!) at the pool before one of his workouts. We had to work quickly and with the pool crowded with other swimmers as well. It wasn’t the best situation in terms of time, lighting, and setting that we could have hoped for, but with the lake being a staggering 58 degrees (F) we worked with what we had and were still able to capture this awesome shot of Balázs taking a nice long stroke. Being a long time swimmer myself, I can’t wait to work with this more and develop some of the shots I can already picture in my head!

The final shoot of the three was the bike (and one of our favorites!). After watching Chase Jarvis, Kevin Winzeler, and others post YouTube videos and amazing work of people moving at high speeds (be it skiing, biking, snowboarding, etc.) I couldn’t wait to see what we could do. We geared up in the truck and had the idea to take some portrait shots of Balázs with his bike and sponsors, then move on to shooting some of him riding with me in the back of the truck. It was AWESOME! We figured out a way to use the limited resources we have (no crazy booms or jigs on this shoot; just a simple boom, beauty dish, and some bungee cords) and come up with some great results. The final portion of the shoot was with Balazs riding past while I was stationary on the ground with a light. It was an awesome (and cooolllld!) shoot to end on and it really got my creative juices flowing to see what we can produce like this in the future! 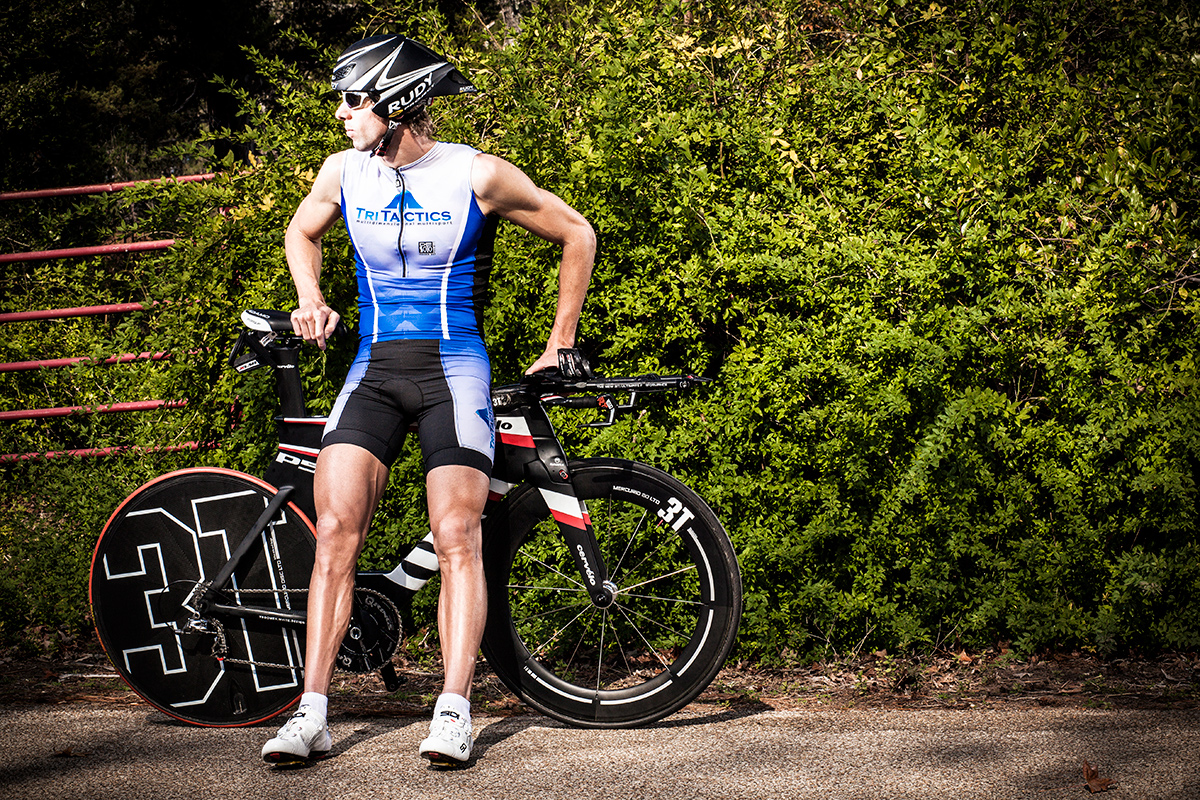 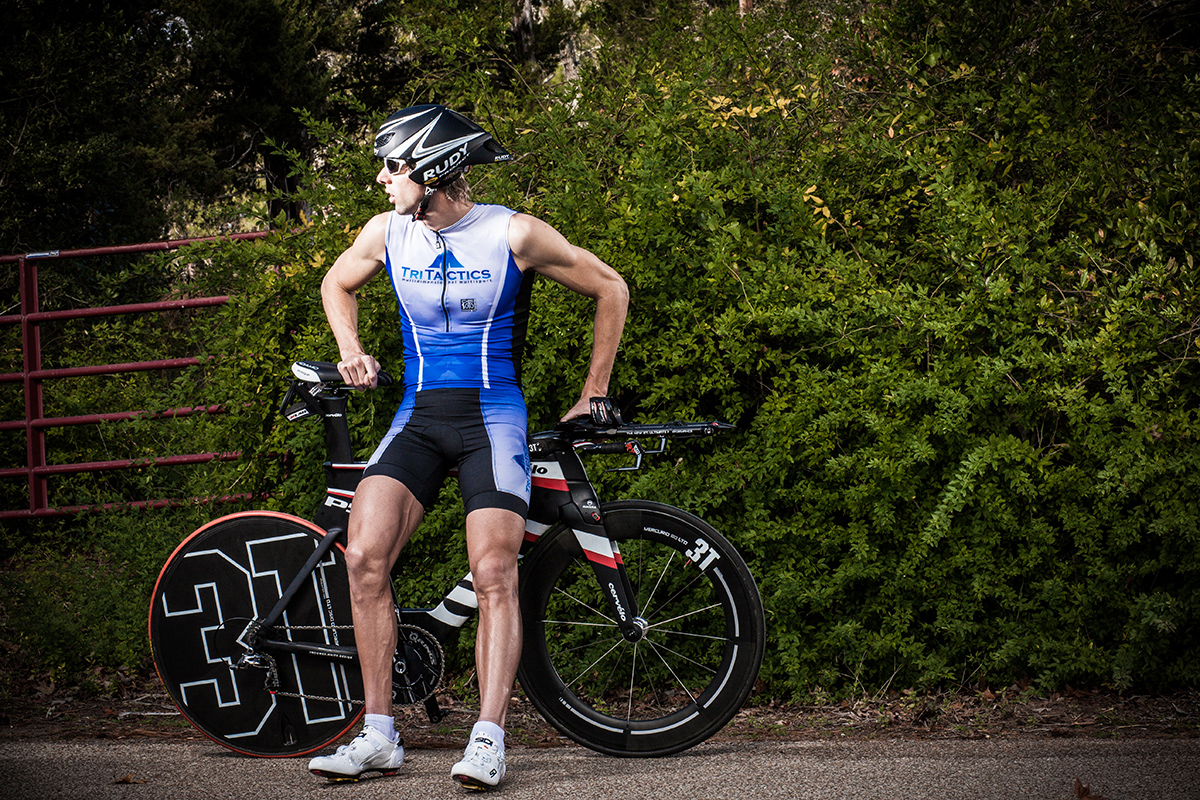 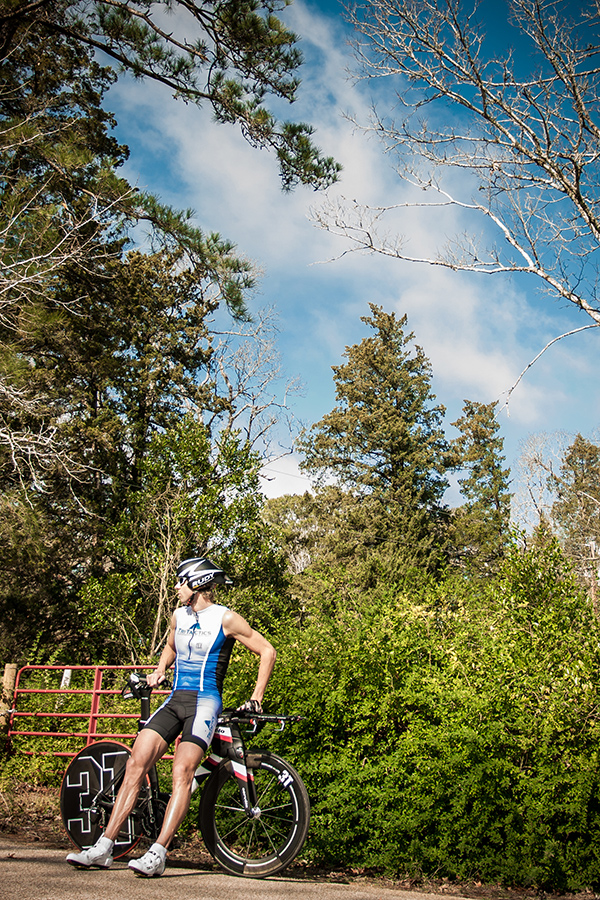 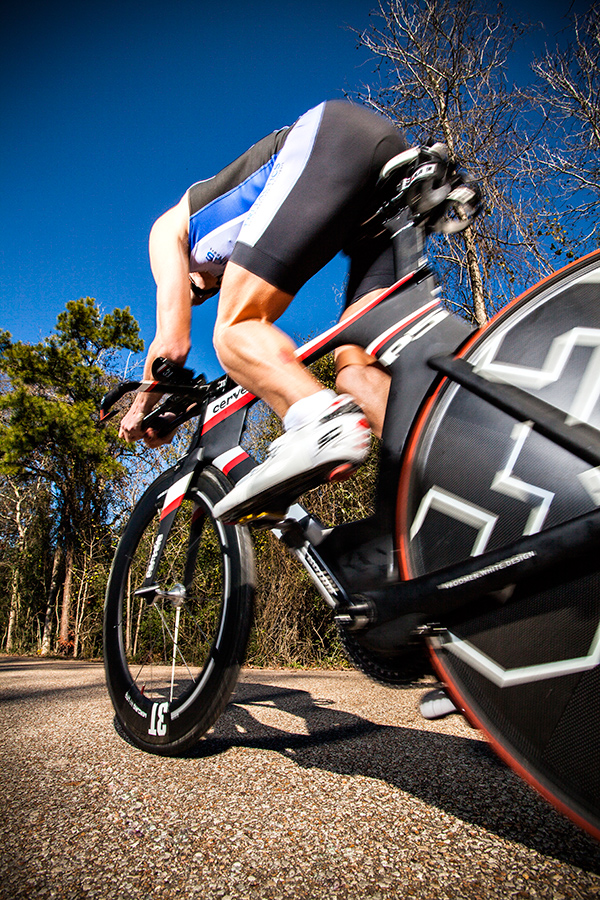 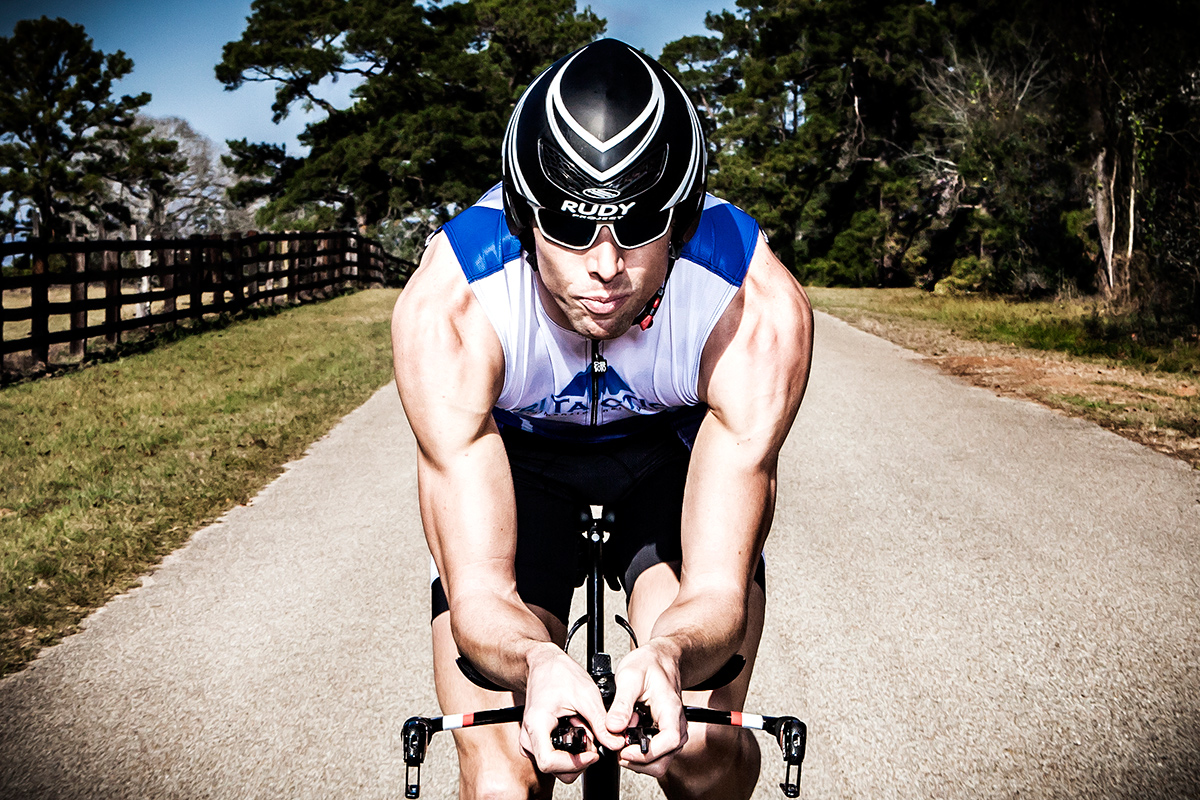 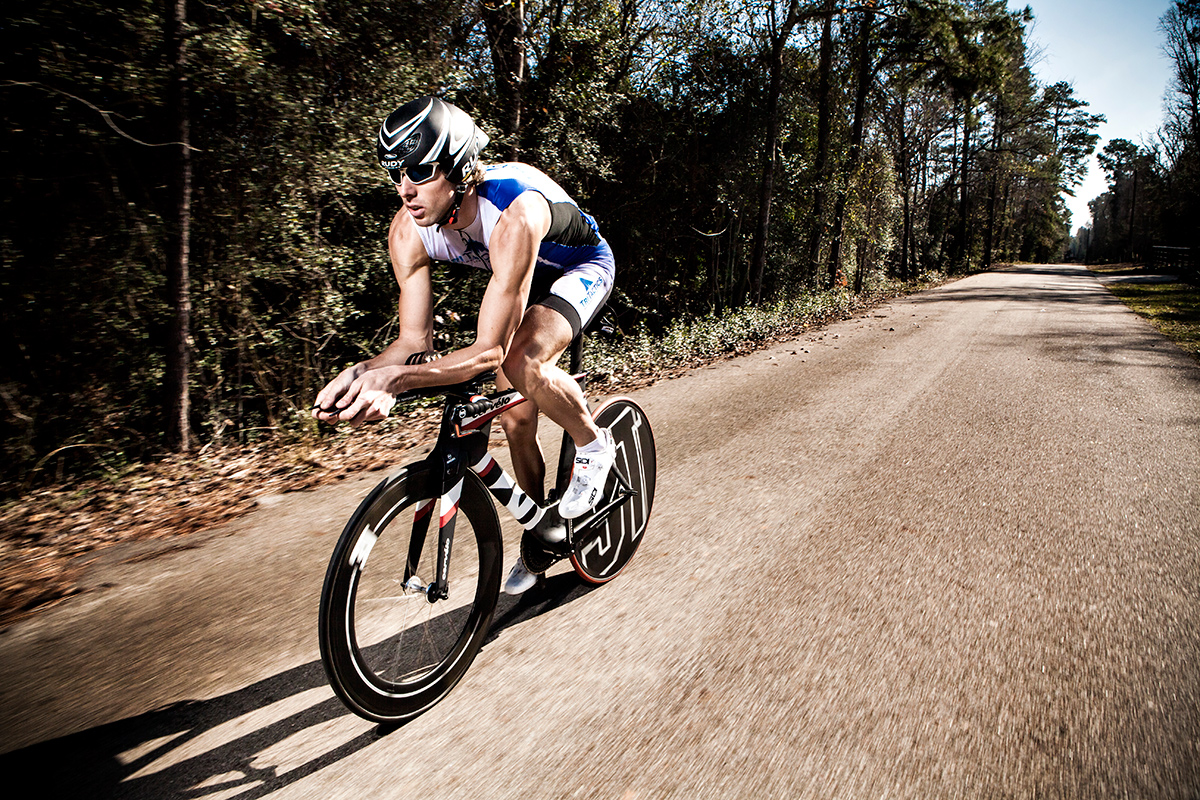 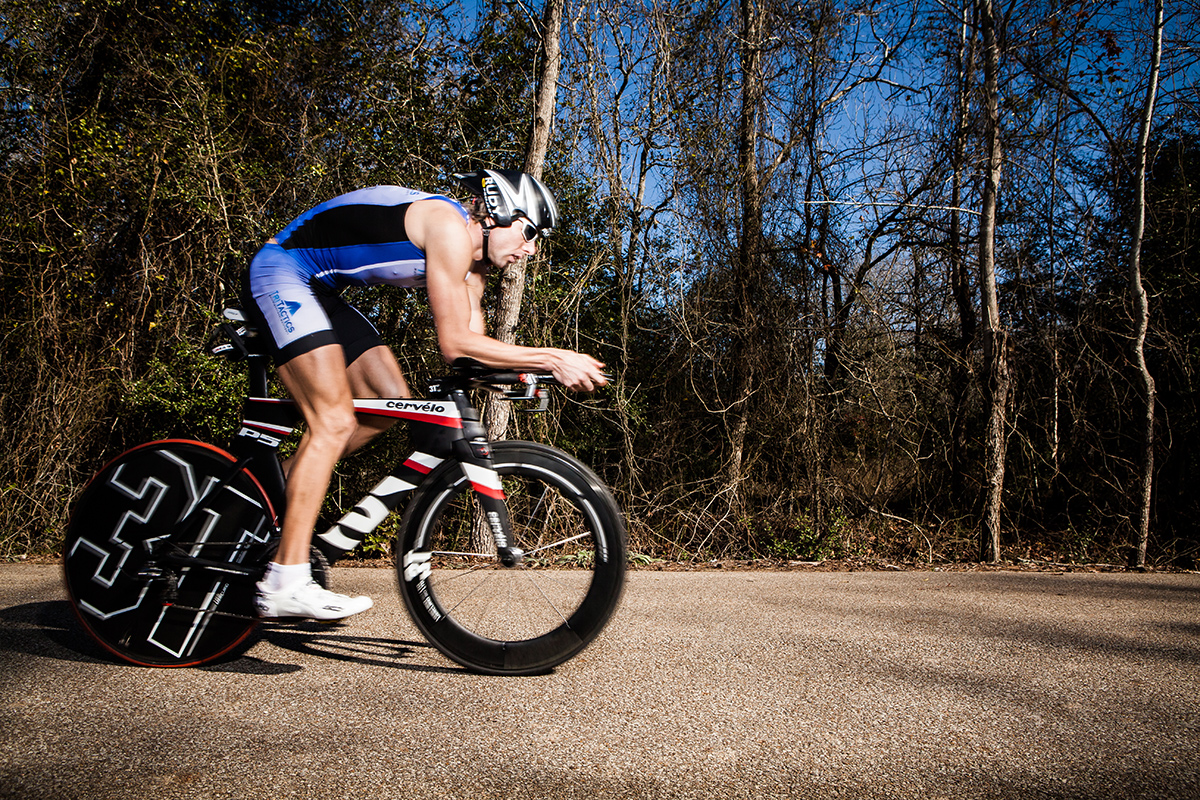 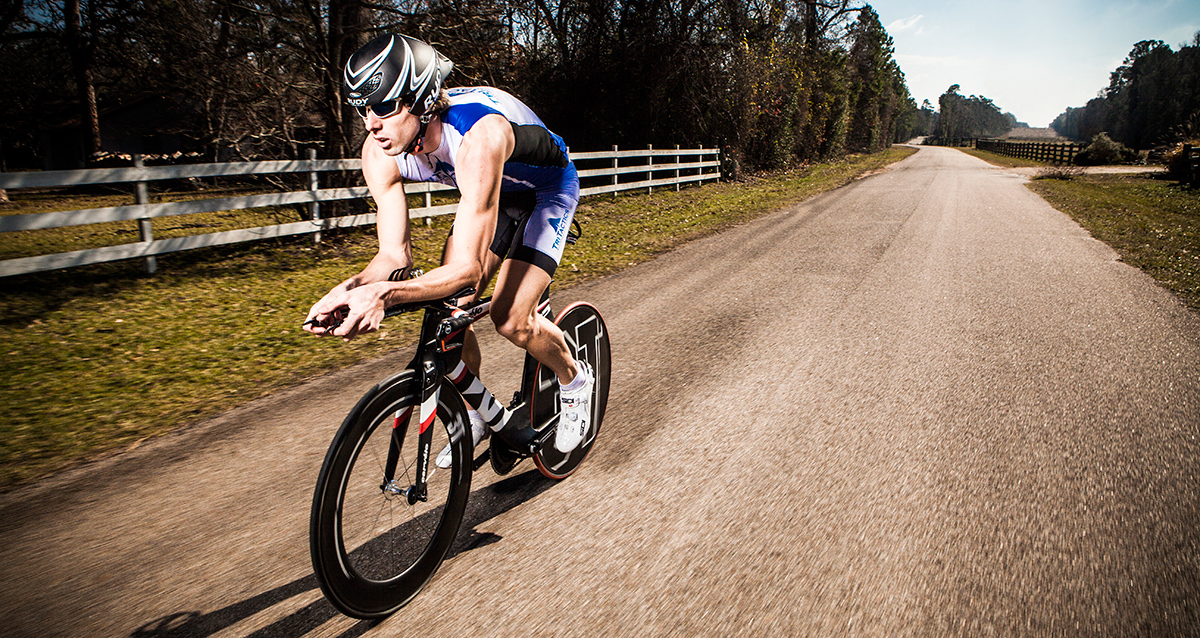 I’ve got some great BTS stuff I’m working on now and can’t wait to share with y’all on how I created the bike and run photos, so check back soon and be on the lookout for some videos coming up on YouTube in the near future! To see more of our work and learn more about who Balázs is/follow him on his course to Kona (the Ironman World Championships) this year, check out his website – www.csokebalazs.com