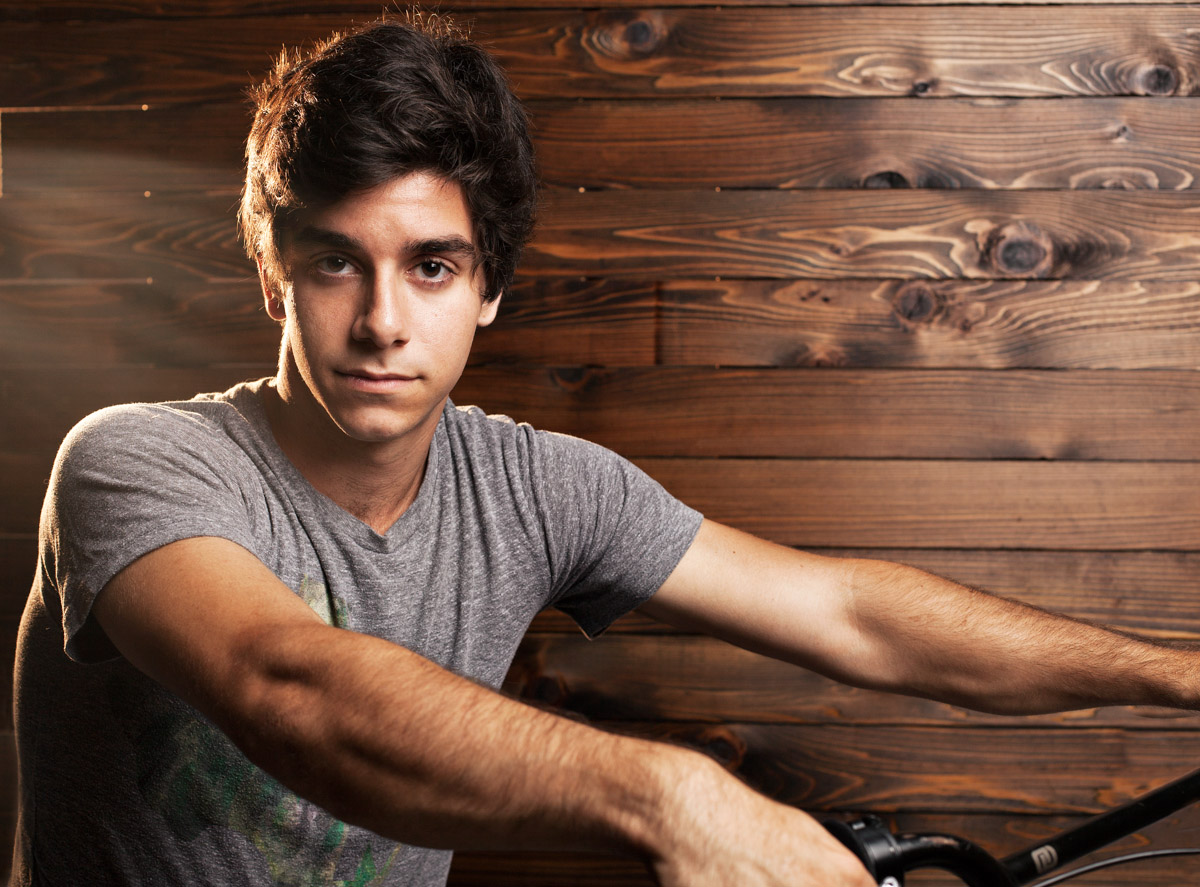 I recently had the opportunity to work with a local BMX pro, Andrew “Danger” Manelis, for two portrait shoots that centered around his upcoming status as a professional BMX athlete. The subject for the two shoots would be one centered around a portrait of him and his weapon of choice (The Danger line by Machine) and another shoot that would be him in action on some local ramps. 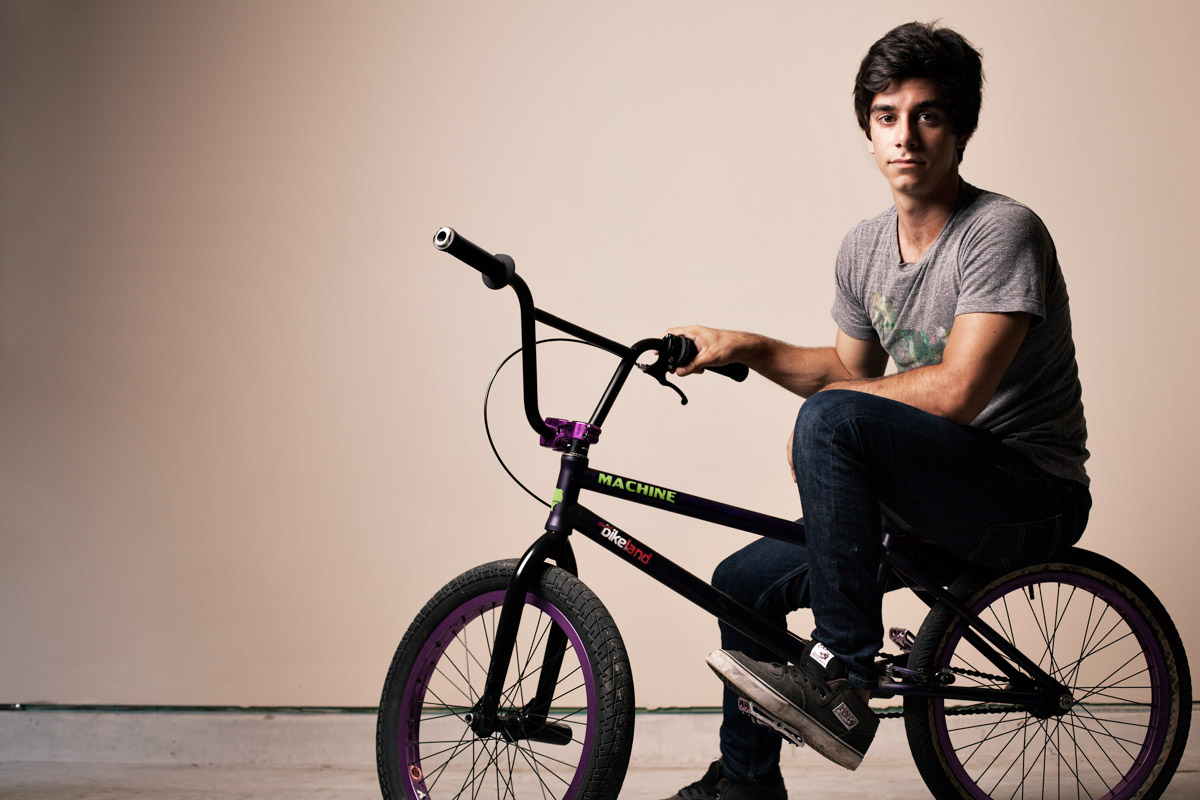 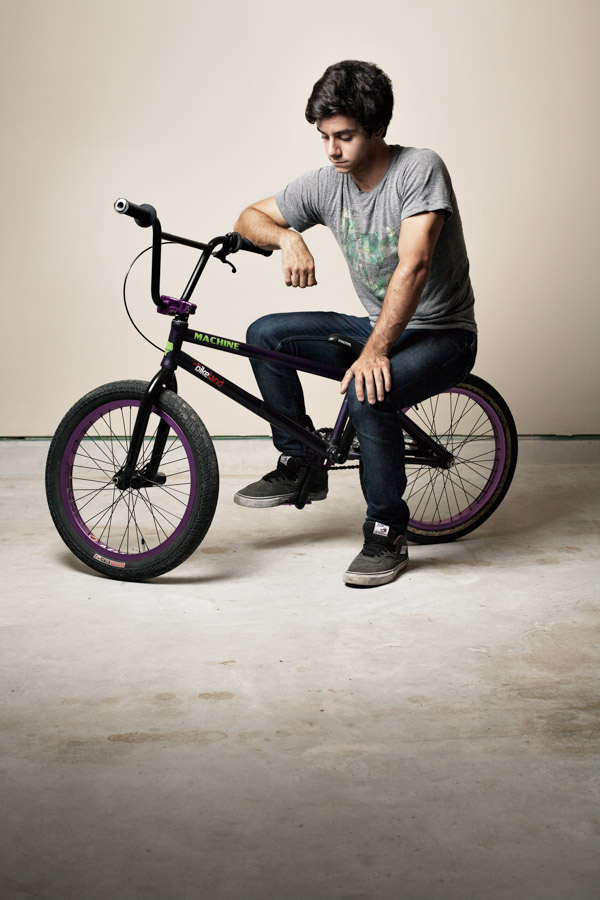 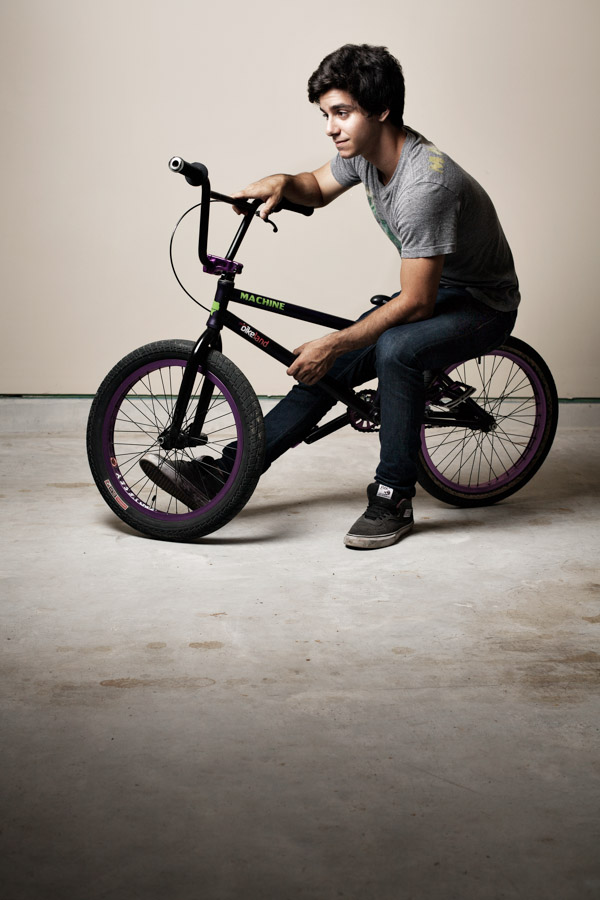 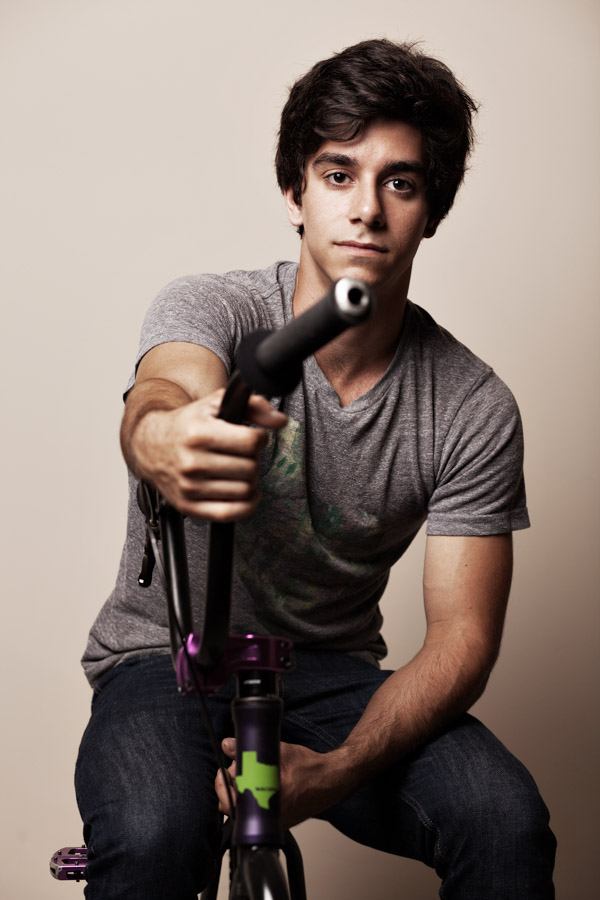 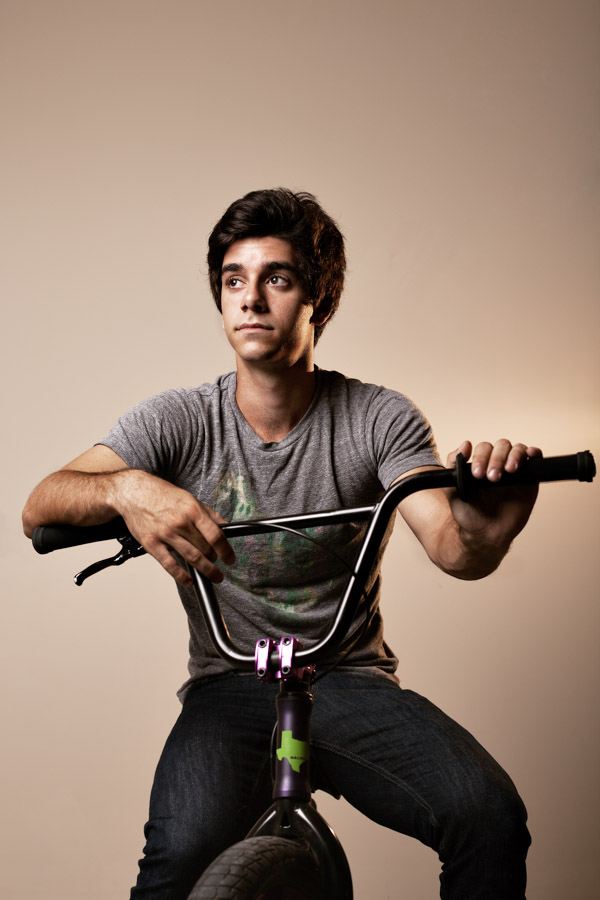 My first thought was that these were two completely different shoots and should be treated as such. No need to tie in lighting style, mood, color, etc. and to just proceed as two differently styled, lit, themed, and designed photo shoots of the same subject. But, after watching a few different movies and looking through a few different portfolios of photographers I respect and draw inspiration from, I realized that wasn’t the case at all. These were two portrait shoots of the same thing. Not just Andrew himself, but the concentration and determination it takes to roll into the bowl with a specific trick or run in mind. To know exactly how much speed, pump, and pop needed to pull of the trick and move into the next in what can only be described as not only an athletic pursuit but an art form in itself. This is what we were capturing and this is how I decided to look at the two different shoots. 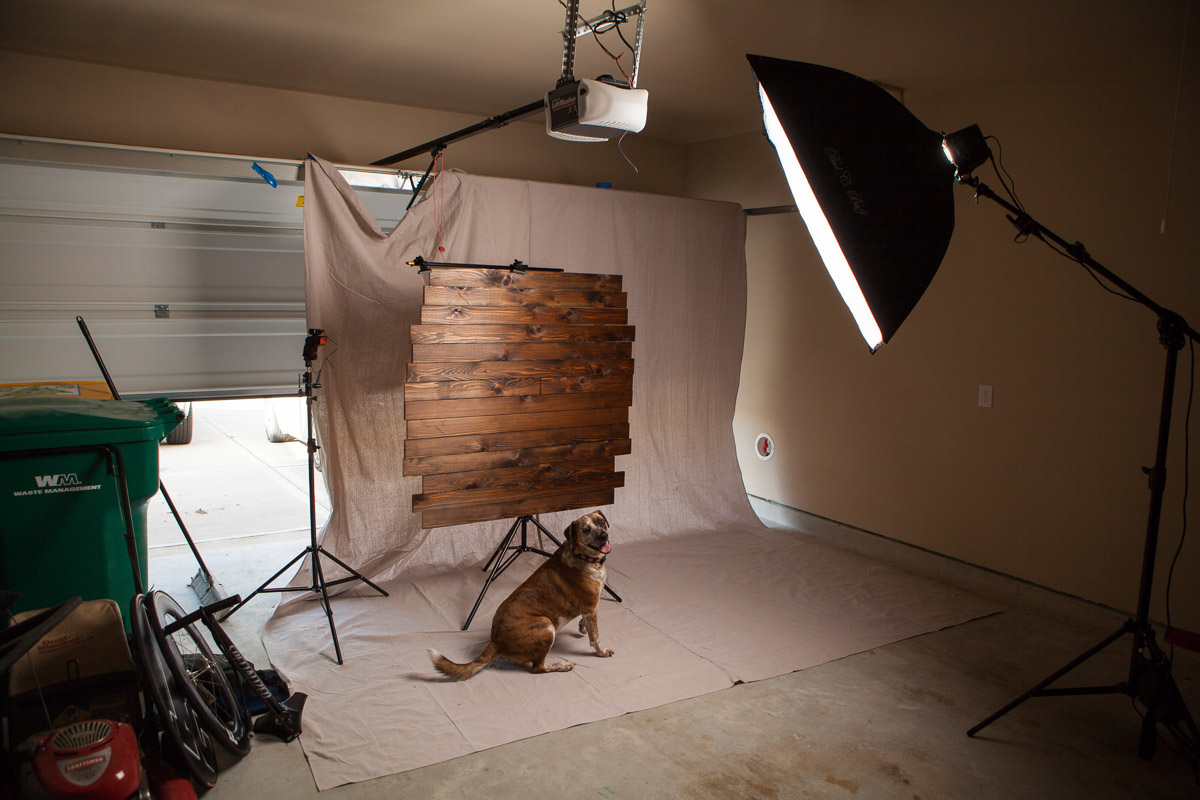 We started with the portraits and after fighting with a backdrop and place to do the shoot that was local and easy for both of us to get to but still tied in the BMX feel. We ended up in my cramped garage and made it work. I wanted to keep Danger pretty serious throughout the shoot taking the tact that he was thinking through his upcoming trick (and looking like a badass, come on…). In order to make this believable though, we wanted him to look like he would on the ramps, not standing off to one side or without his bike, but sitting on it like he would watching somebody else hit a run or before he was about to drop in himself. What you see is the result and it was a blast to create and shoot! 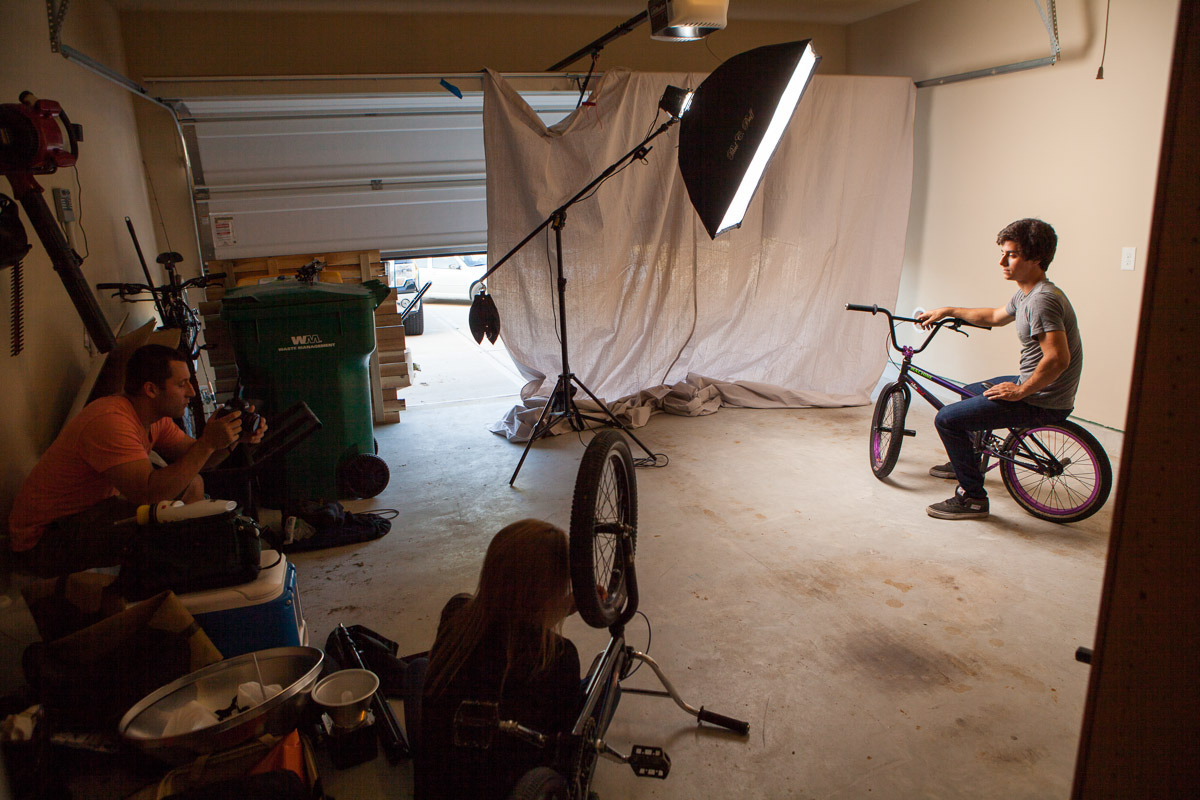 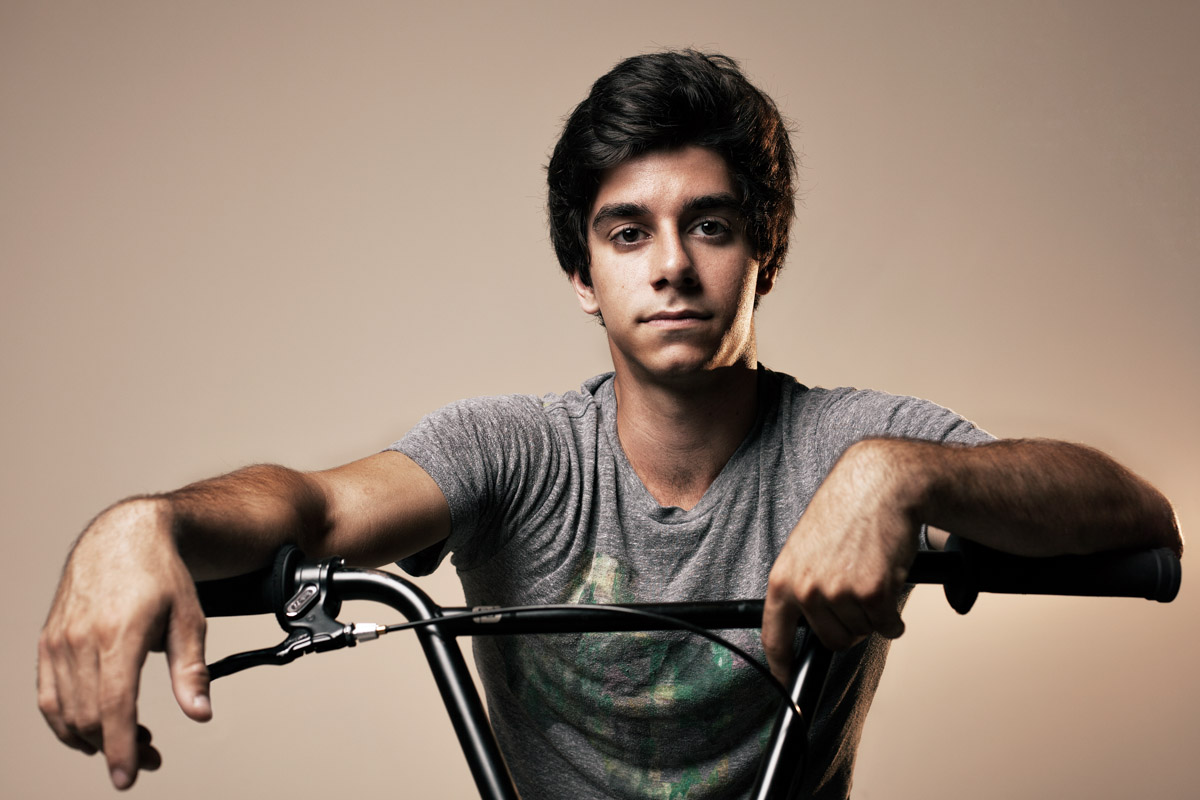 For my lighting, I did want to soften the look just a bit so I started by using a large softbox as close to him as possible. The main light is coming down at a 45 from a relatively high advantage. Then I used a kicker light (a simple strobe head with a Cybersync trigger) with an CTO gel to bring in some color and draw from the background. I tried to shoot from a relatively low perspective to give him that overbearing presence in the photo and used a Canon 50mm f/1.4 lens at a relatively shallow depth of feel to give that painterly background but still keep his entire face in focus. 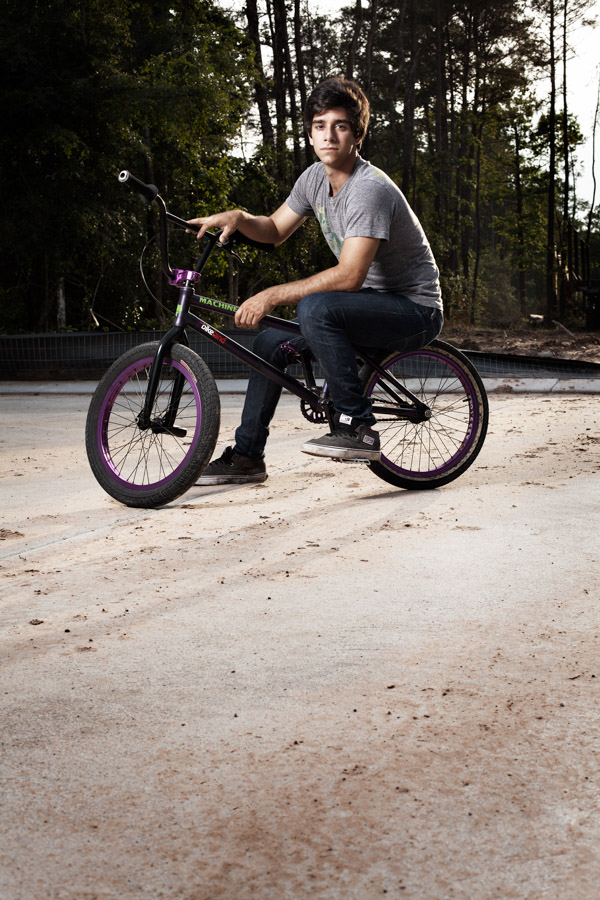 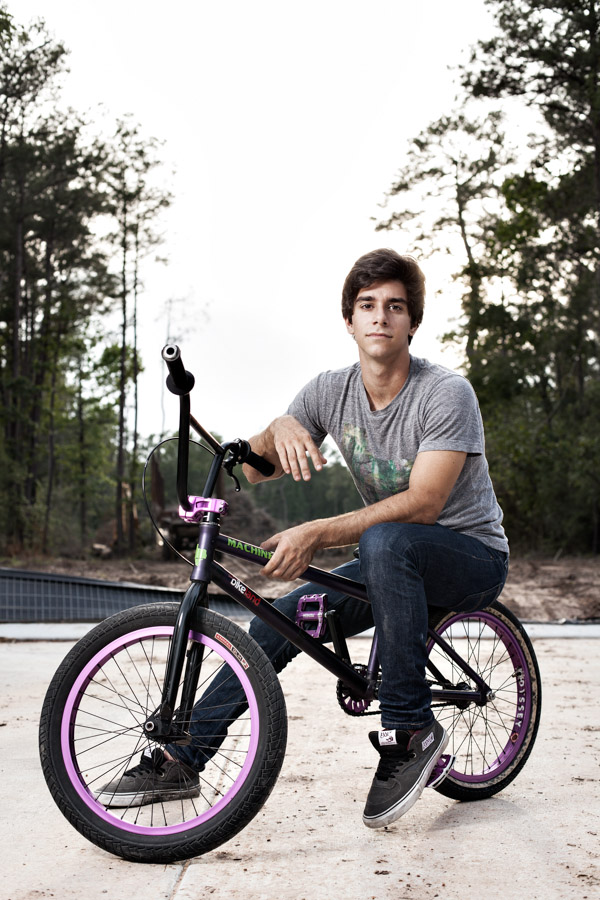 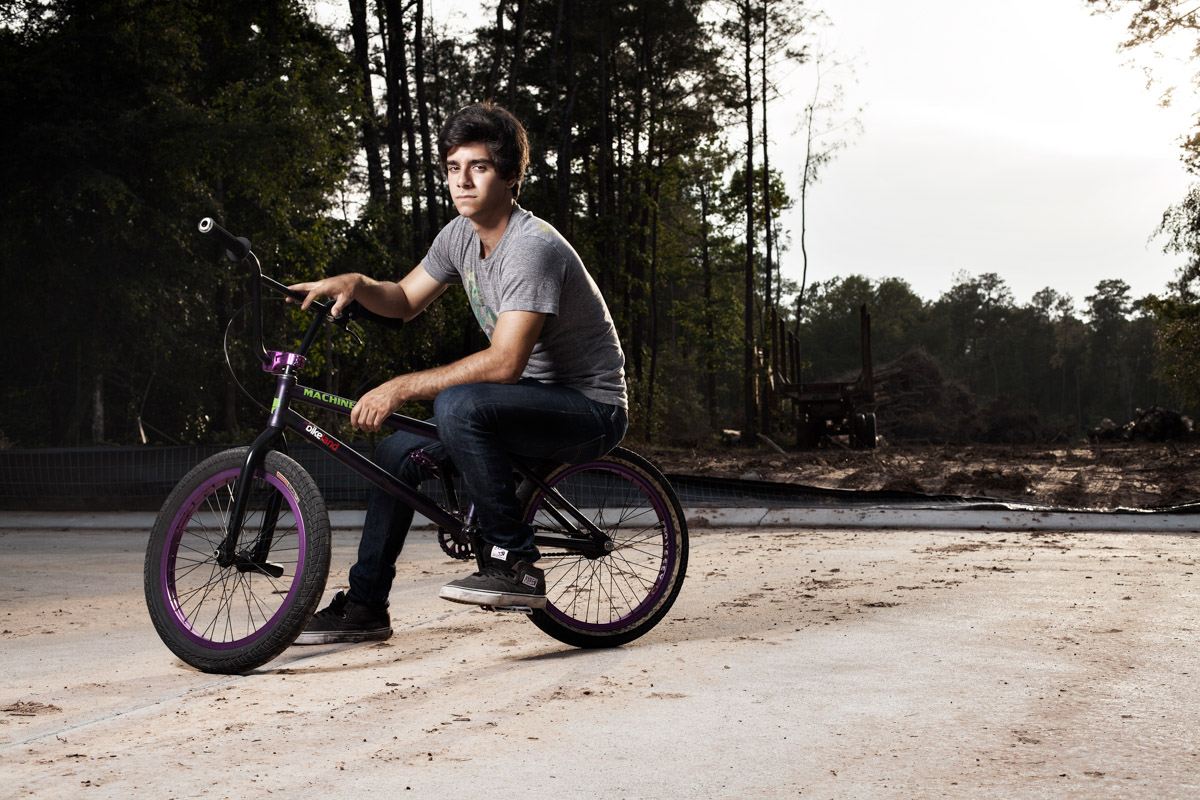 For the outdoor photos we used a harsher light source in order to overpower the sun as much as possible and use the sun itself as the background light. Again, I was shooting with the 50mm here on my Canon 5D MarkII. In order to properly expose the photo and keep the background darker than the foreground, I bumped my shutter speed up to the Canon max sync speed (1/200s) and used my in-camera meter to read 1-2 stops underexposed. I then used a light meter and, noting my reading from checking the background, bumped up my light until I was getting the same reading on my light meter that I was just seeing on my camera. (that was a quick and dirty explanation that I’ll get into more detail about in my first Newsletter coming out this month so be sure to subscribe!) 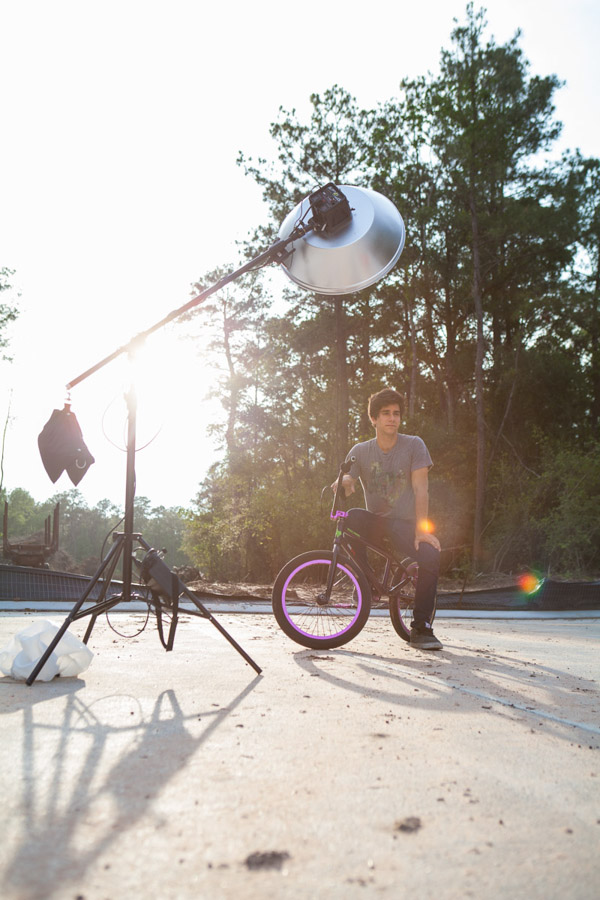 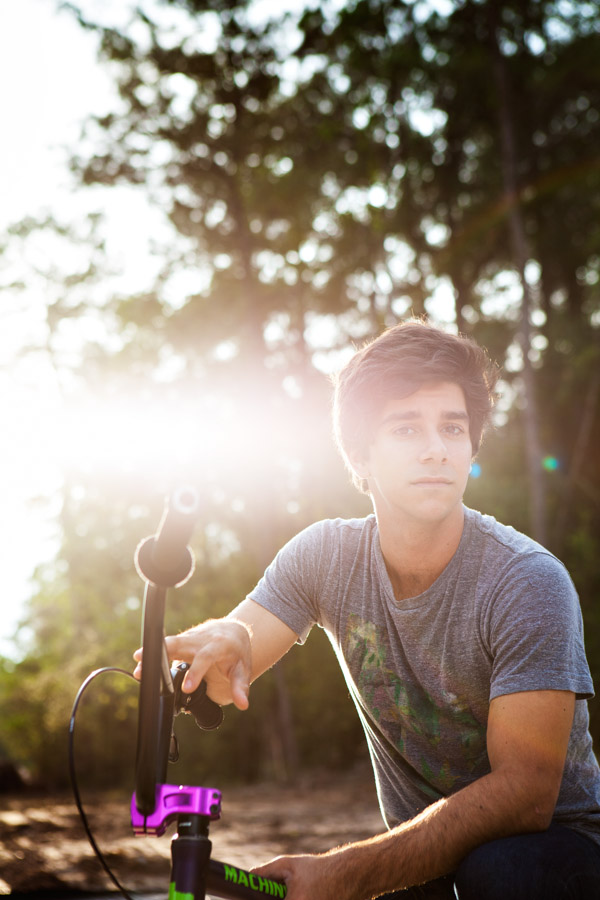 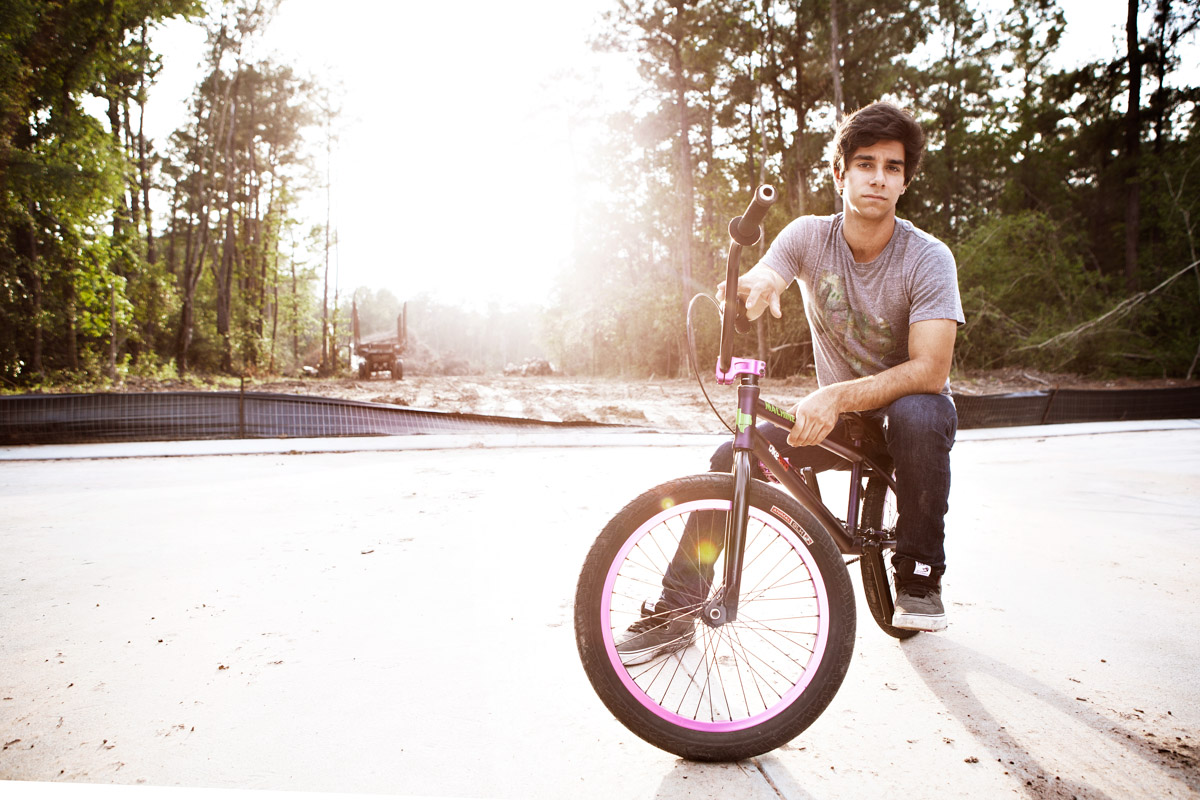 Our second part of the photo shoot was actually at the ramps and a new experience for me entirely. I had photographed friend on snowboards over the years growing up in Iowa with Mom’s point-and-shoot camera, but this was a little more complicated than that and a little more equipment heavy. Let me elaborate…. The goal here was to look at where Danger was going to hit the ramp, judge about how high he was going to go, try and figure out where his face and body position/bike position would be, frame the shot accordingly, set up a light that was in the basic spot where he was going to be (again with a Silver Beauty Dish – what we used for this entire shoot to overpower the sun), judge the light exposure on a basic guestimate of distance, and nail the trick at the pinnacle of his flight. Simple right? Believe it or not, we nailed the first trick, a turn-down/look-down at the far end of the big bowl, on the first try! Other tricks proved to be a little more difficult, but I was entirely pleased with our first outing into the bowl and my head is already spinning at the possibilities for the future of our extreme sports photography! 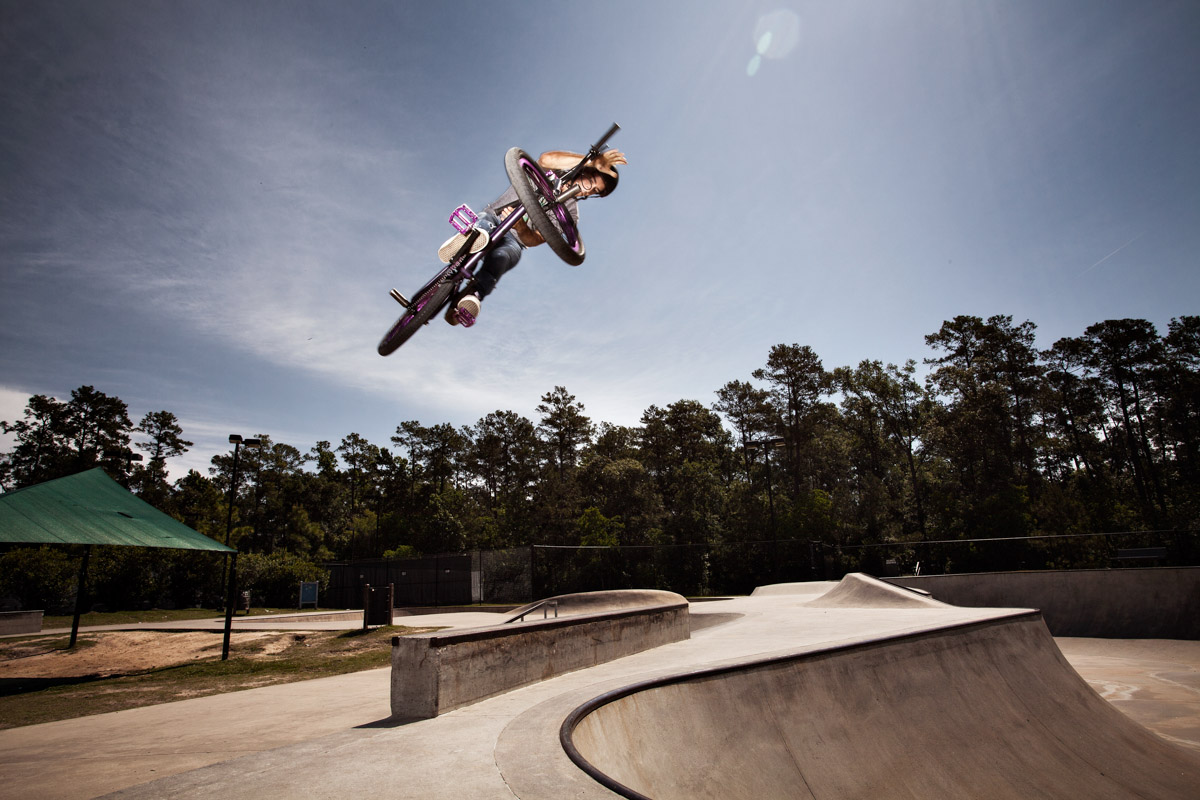 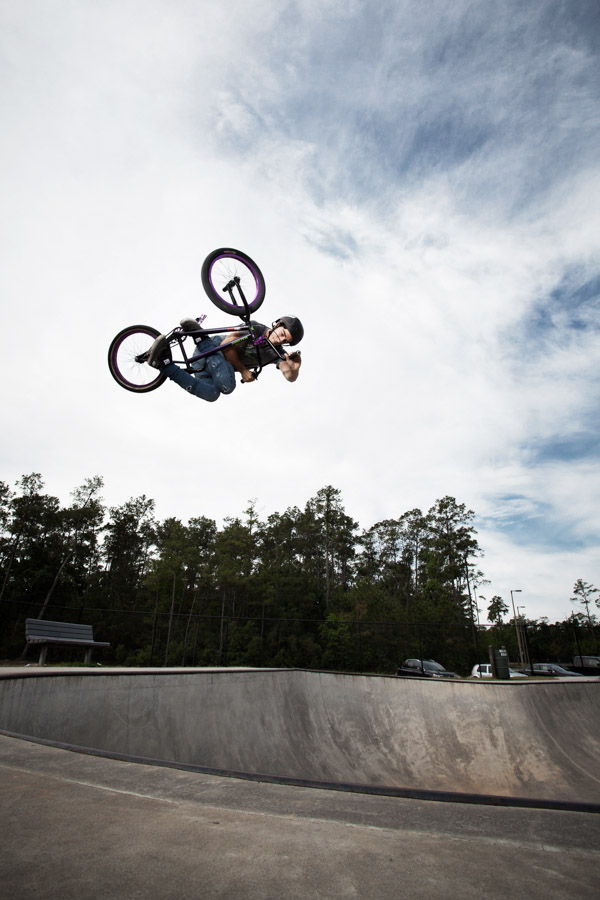 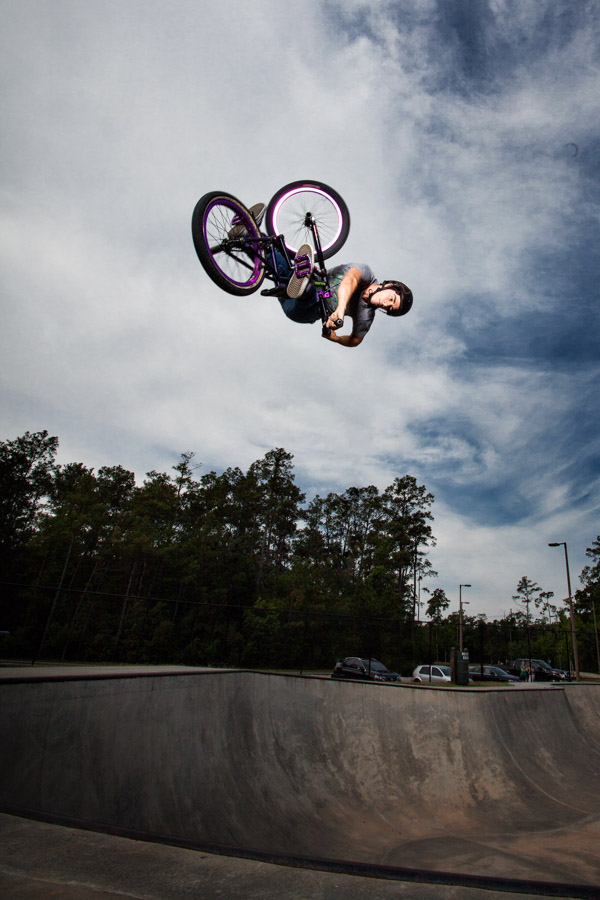 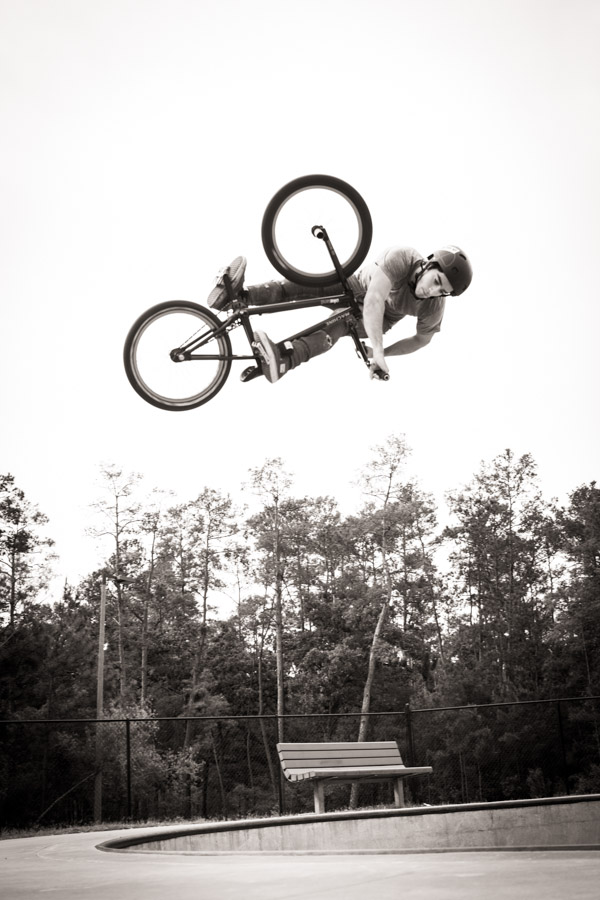 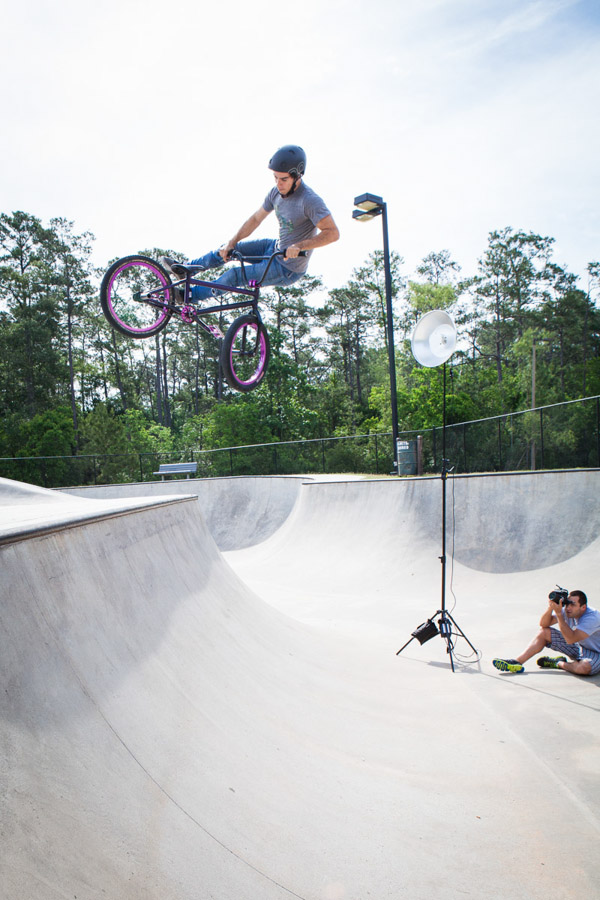 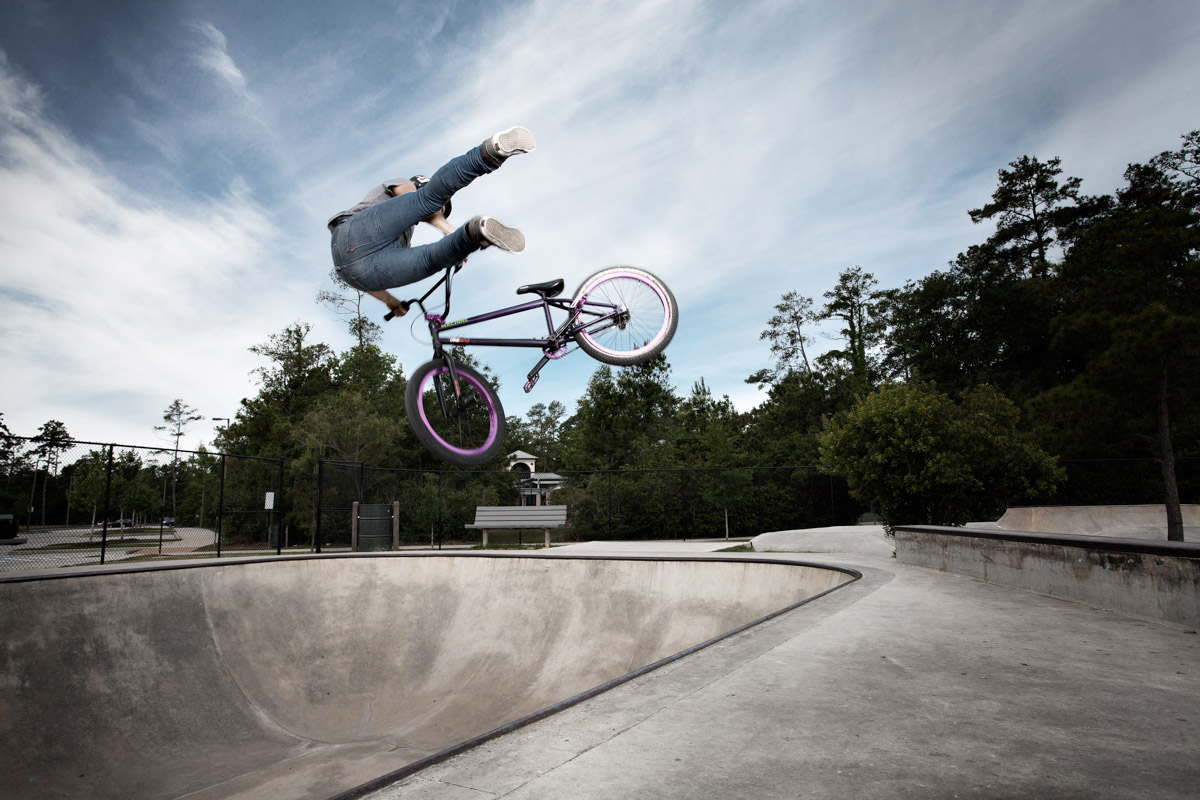 It took a few tries on different tricks but we were absolutely amazed with Danger’s abilities and he actually had Sam squirming a bit when he pumped into the ramp the first time and whipped a backflip out of the transition like it was nothing. It was freaking awesome! We’re looking forward to working with Danger more (recruiting some moving light stands i.e. humans) and capturing his amazing assortment of tricks that we have only but scratched the surface of so far. 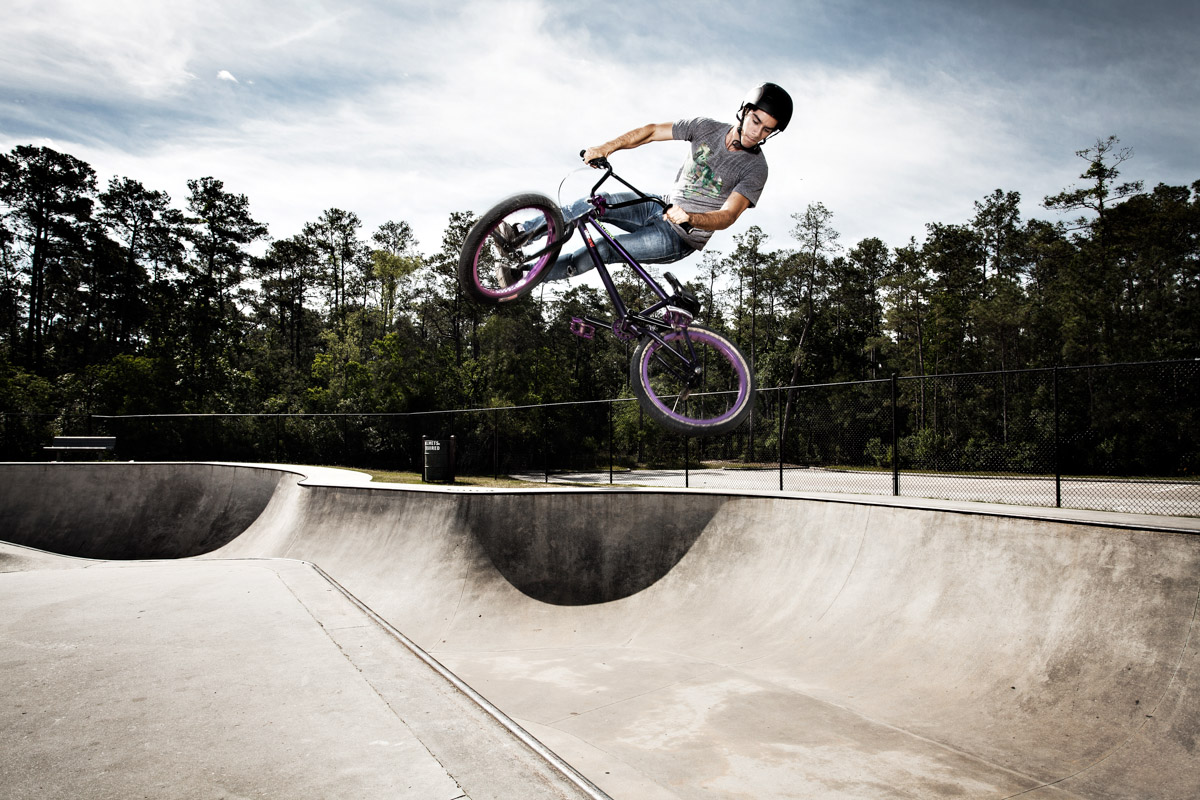 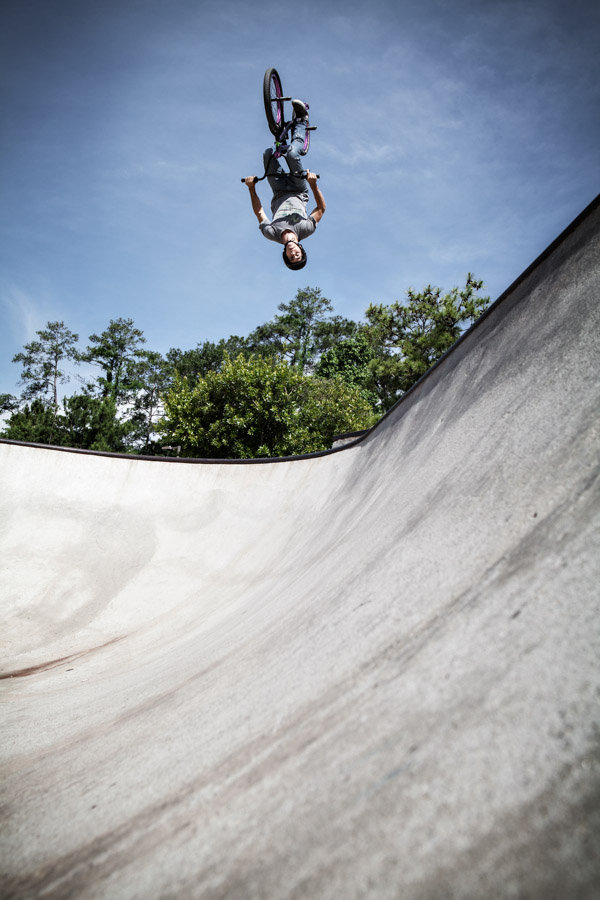 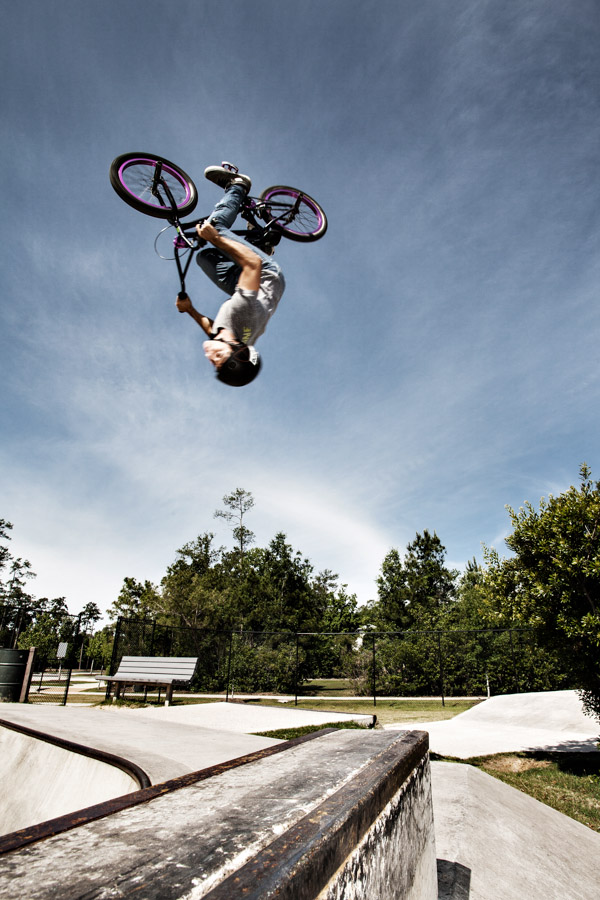 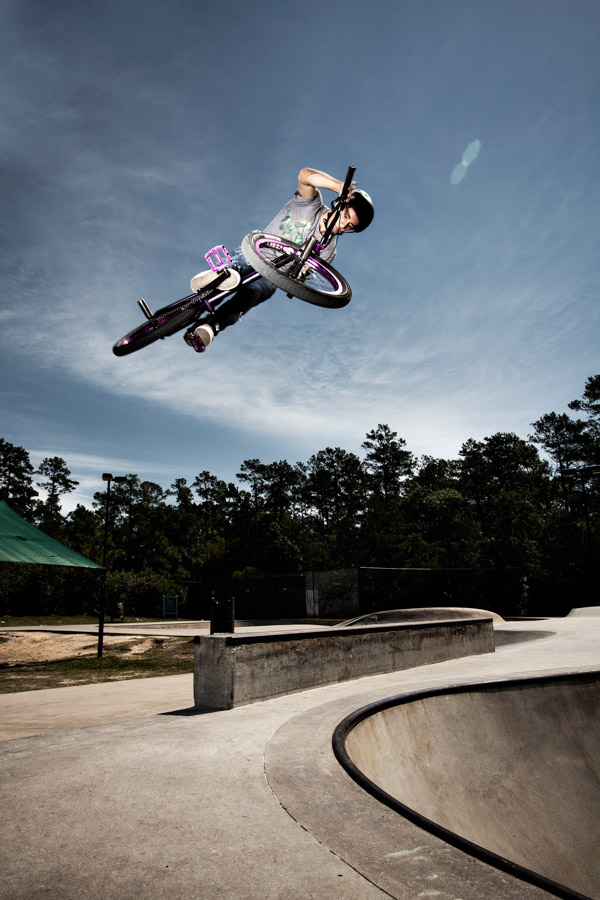 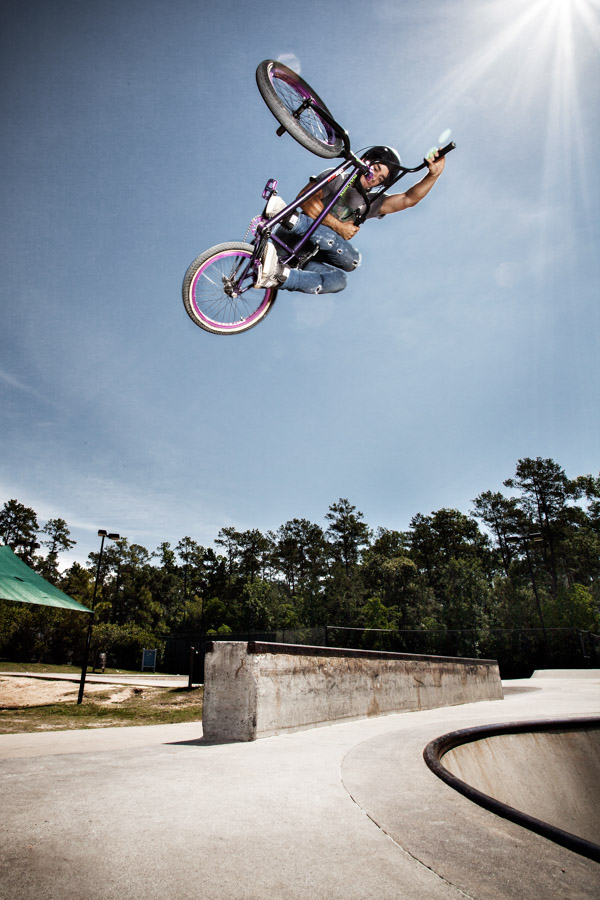 Anyway, that’s about all I’ve got on this shoot for now but be sure to subscribe to the Newsletter and don’t forget to drop any comments or questions on the shoot, the techniques, the equipment, or anything else below and I’ll respond as soon as I see it. Stay tuned for more stuff coming up as we’ve got a lot on the hard drives already and I can’t wait to share more soon! 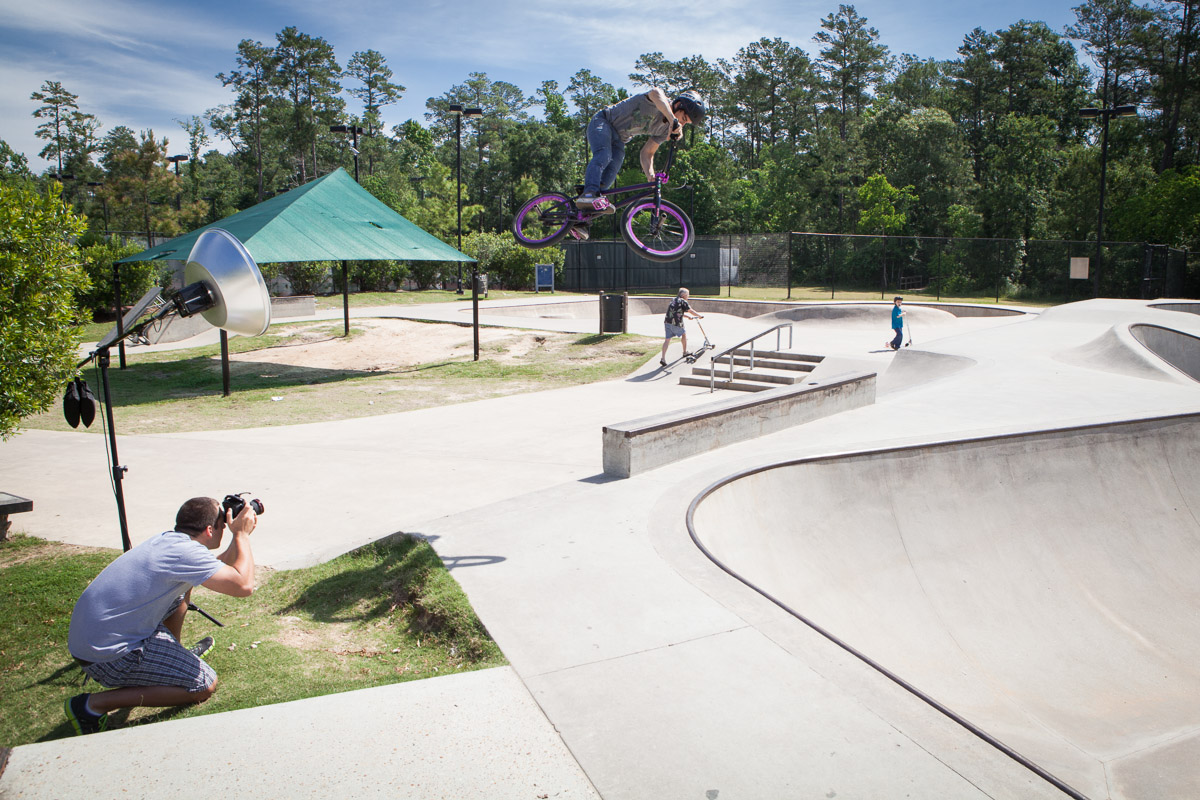