This was one of those photoshoots where everything just comes together in the best way possible. I had a phenomenal athlete and model in Claire (seriously, the things she is able to do and the flexibility and strength it takes to do them are unreal), and we just happened to have a beautiful sunrise come over the horizon that morning to light up the Houston skyline.

I always love working with Lululemon and this Ambassador shoot was no different. If anything, I had been excited about the shoot as soon as I saw Claire had been nominated for an ambassadorship on social media. I had met Claire originally at another Lululemon event in Marfa, TX. She was part of the Yogi group that was the last group of the Lululemon Residency project, and while I had gotten a chance to photograph her a little bit, I was extremely excited about the aspect of getting to work with her in more of a one-on-one environment where we could showcase her incredible abilities. 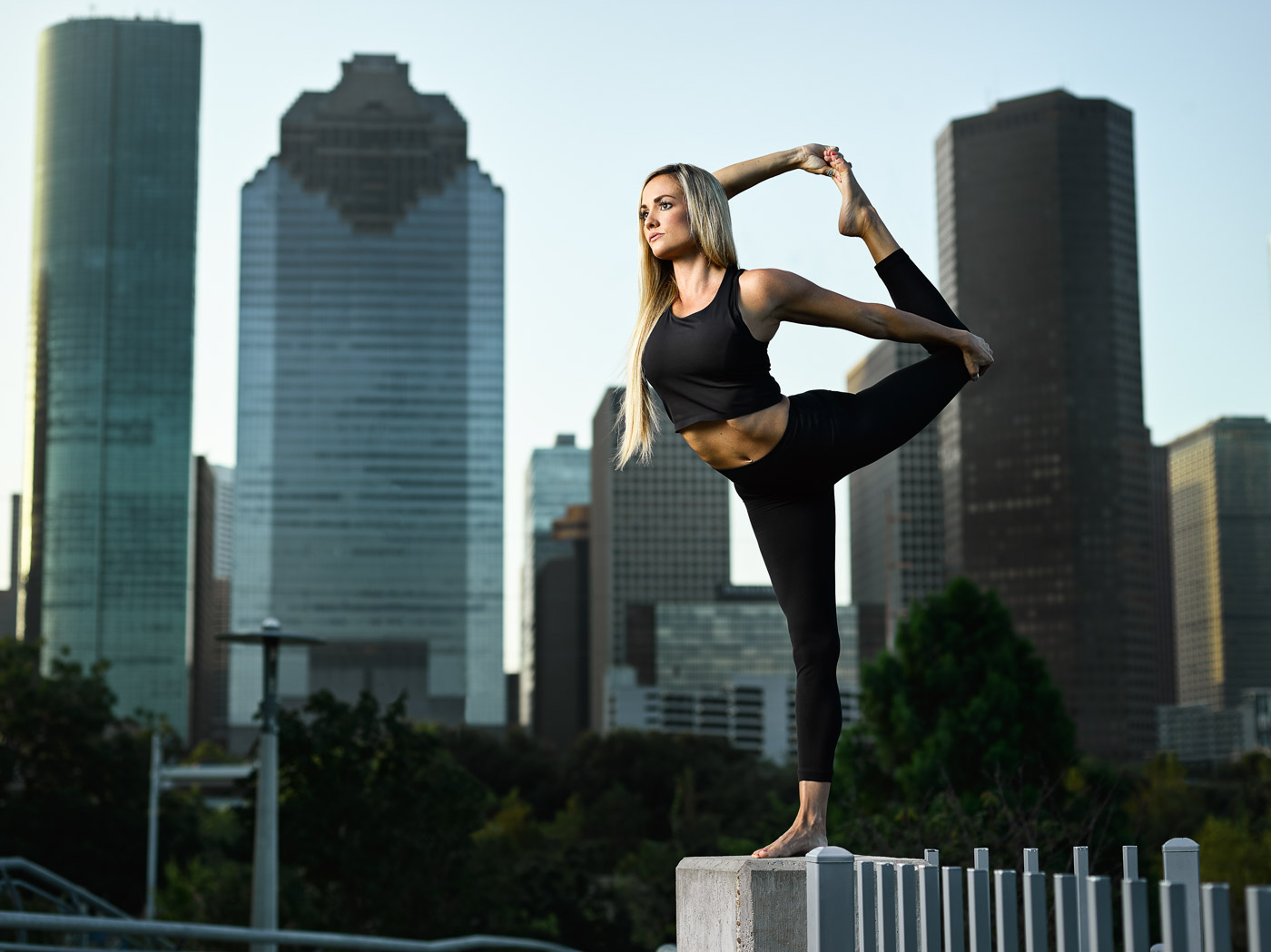 For the location, we decided to meet at the Buffalo Bayou Park so we could try to get some of the Houston skyline in the background. Claire has been a pillar in the Houston Yoga community for a long time now with her studio, Black Swan Yoga Houston. I was having some trouble finding a location where we could really get her in the skyline without too much distraction in the background when she climbed up on top of a pillar (and scared the shit out of me. (Seriously, this is the first photoshoot where I’ve ever been worried about somebody else rather than myself.) and I was able to perfectly place her into the skyline where she belonged and could stand tall and proud in the pose we had chosen as a group. I also wanted the image to look real and not “alien light”, so I waited for a bit for the sun to come up and then augmented the already nice, warm sunrise with a large octabox coming from the same direction. The image is still well lit, but it feels more flattering to my eye because I can piece together that the light is potentially coming from the sun. 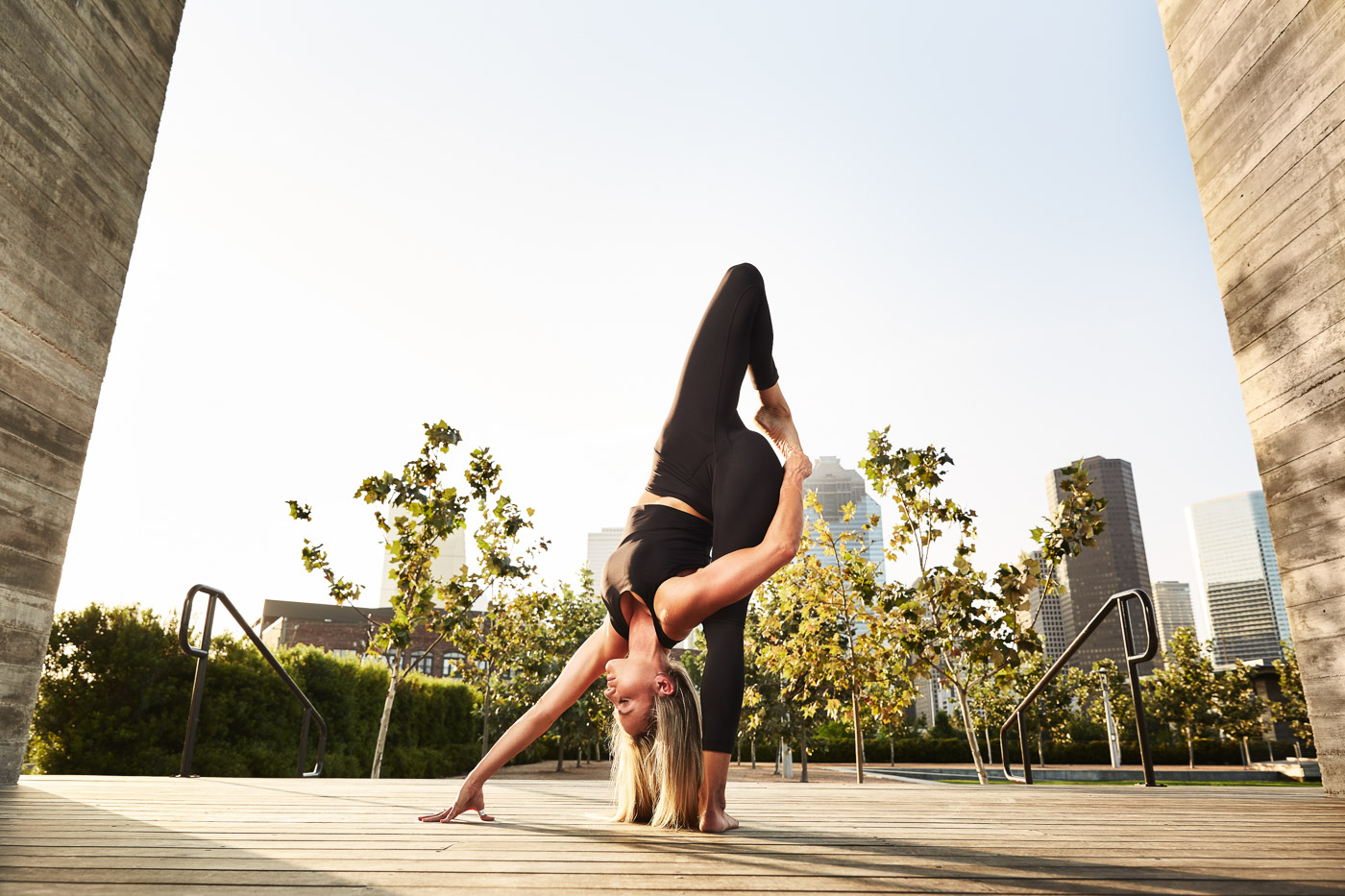 After nailing that shot and knowing we had a winner for the store, we decided to move locations and capture a few other poses that Claire is known for in her own following on Instagram. I can’t even explain how much it hurt to watch her get into these poses, but it was unbelievable to witness and I had to remind myself to keep shooting and not just be blown away. What I really wanted to work on though, was framing Claire and supporting the structure she was creating in these poses with her body lines by utilizing the structures around her. Whether it was walls, pillars, the skyline, trees, or a ring of ivy, I wanted it to compliment the shapes she was creating. I feel like Yoga is very much inspired by the shapes and natural objects around us, so I felt like bringing that into the images was a nice compliment to the amazing fitness being displayed by Claire for her Ambassador photoshoot. 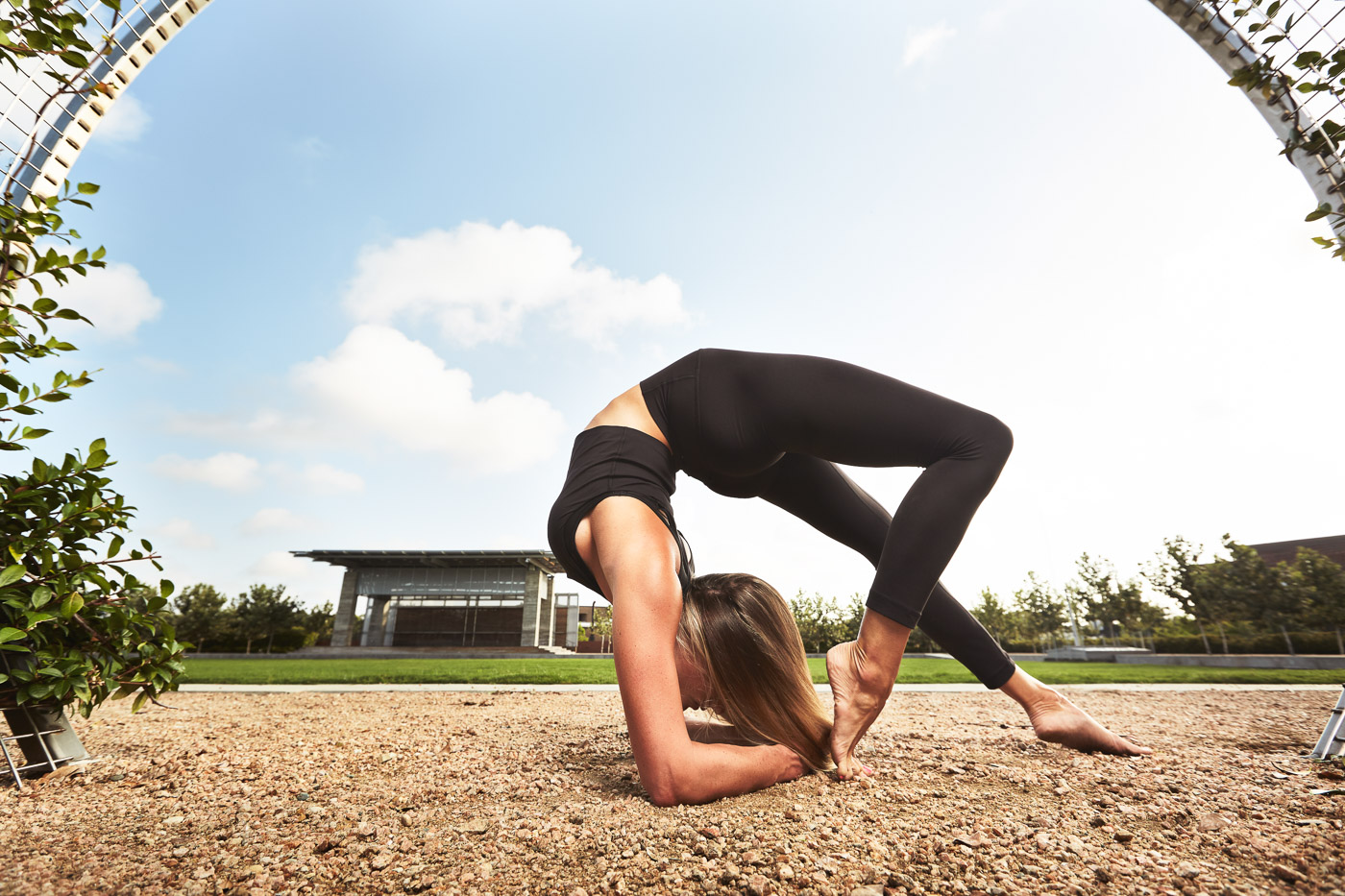 Finally, we finished up with a wonderfully serene black and white portrait of Claire using my Heroes on White setup and having her finish in the Namaste hand position of hands to heart. It was an awesome shoot and even my little brother (who was in town and opted to stay home and sleep rather than wake up before dawn with me) was disappointed he didn’t come to be a part of it. It’s always amazing to get to work with athletes like Claire, and I sincerely look forward to the next time I get to work with her again! 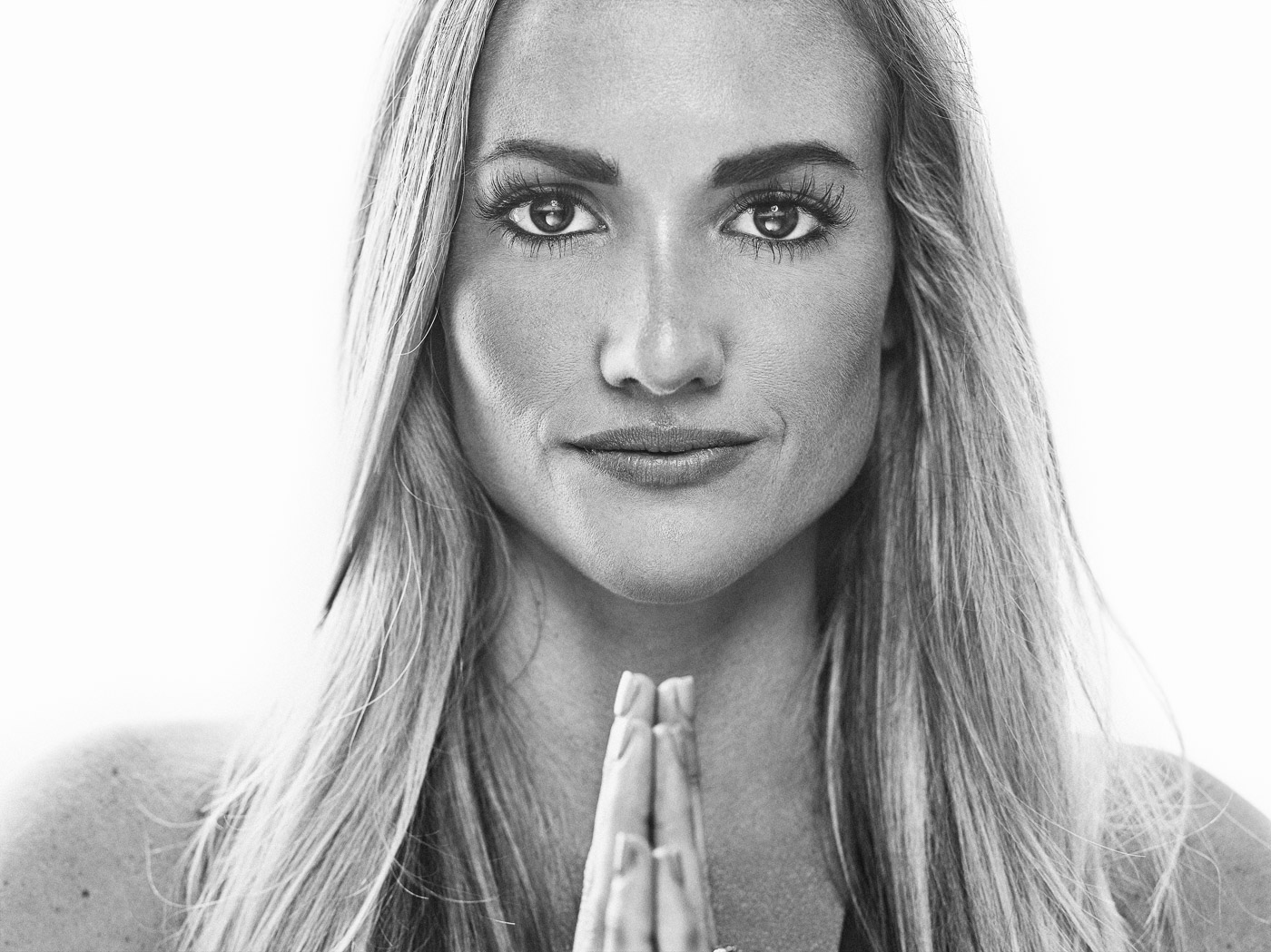