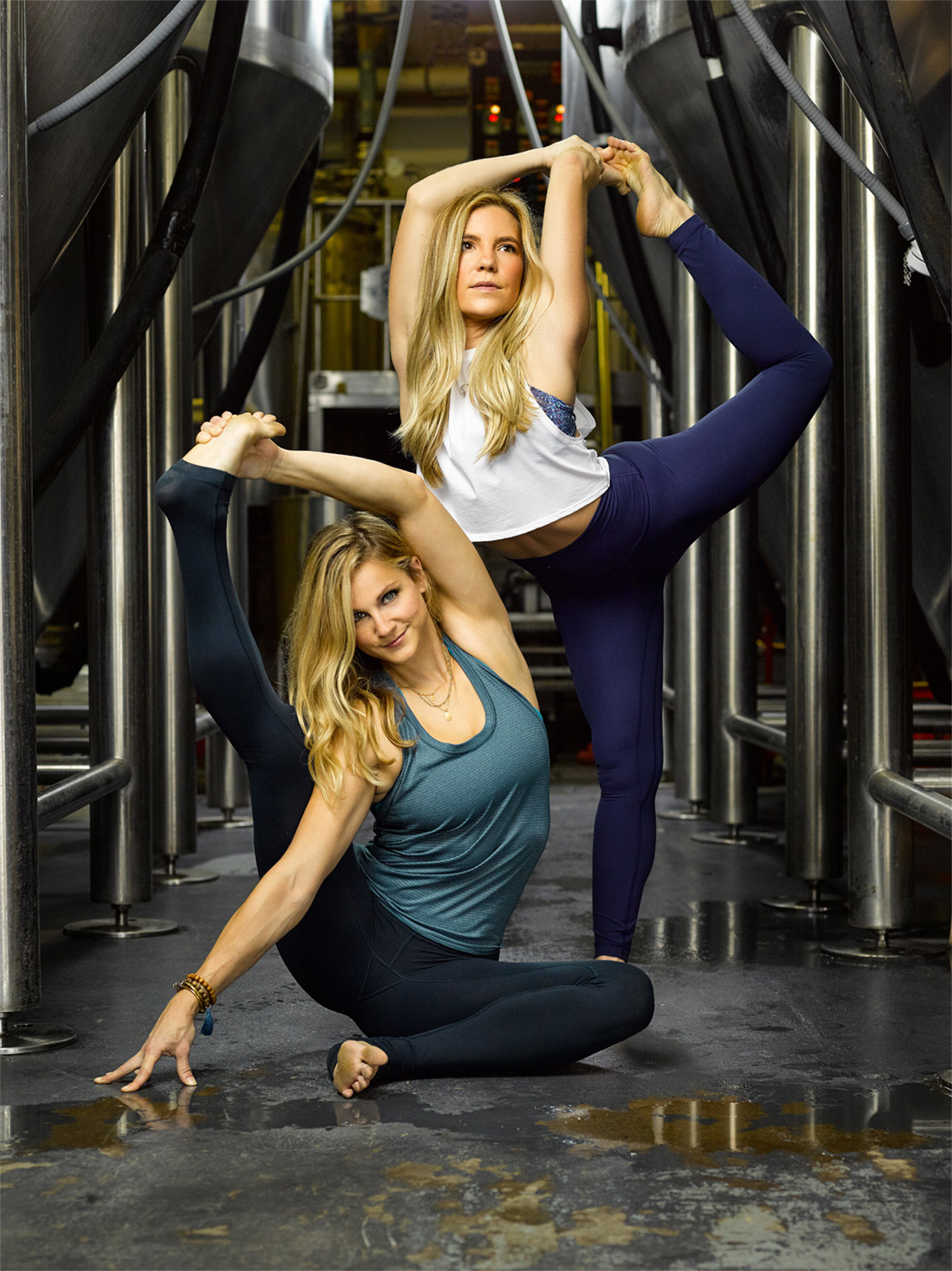 When I was first asked by the Lululemon City Centre store to photography Cindy & Angie, I really didn’t know what to think. I honestly thought I had heard them wrong when I spoke with Jeska from the store on the phone.

“Wait, you’re telling me that they practice yoga in a brewery? So we’re going to be shooting yoga. In a brewery. Well this should be interesting…” 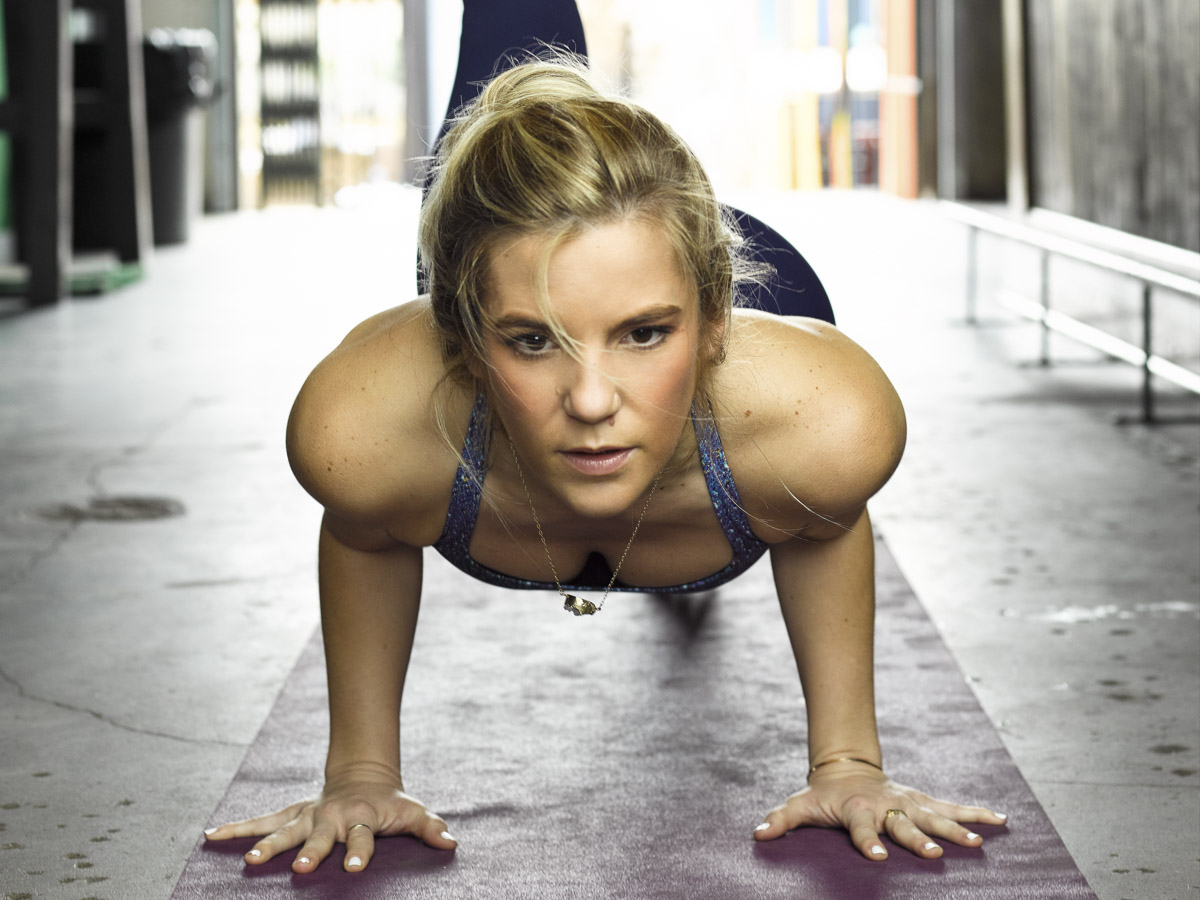 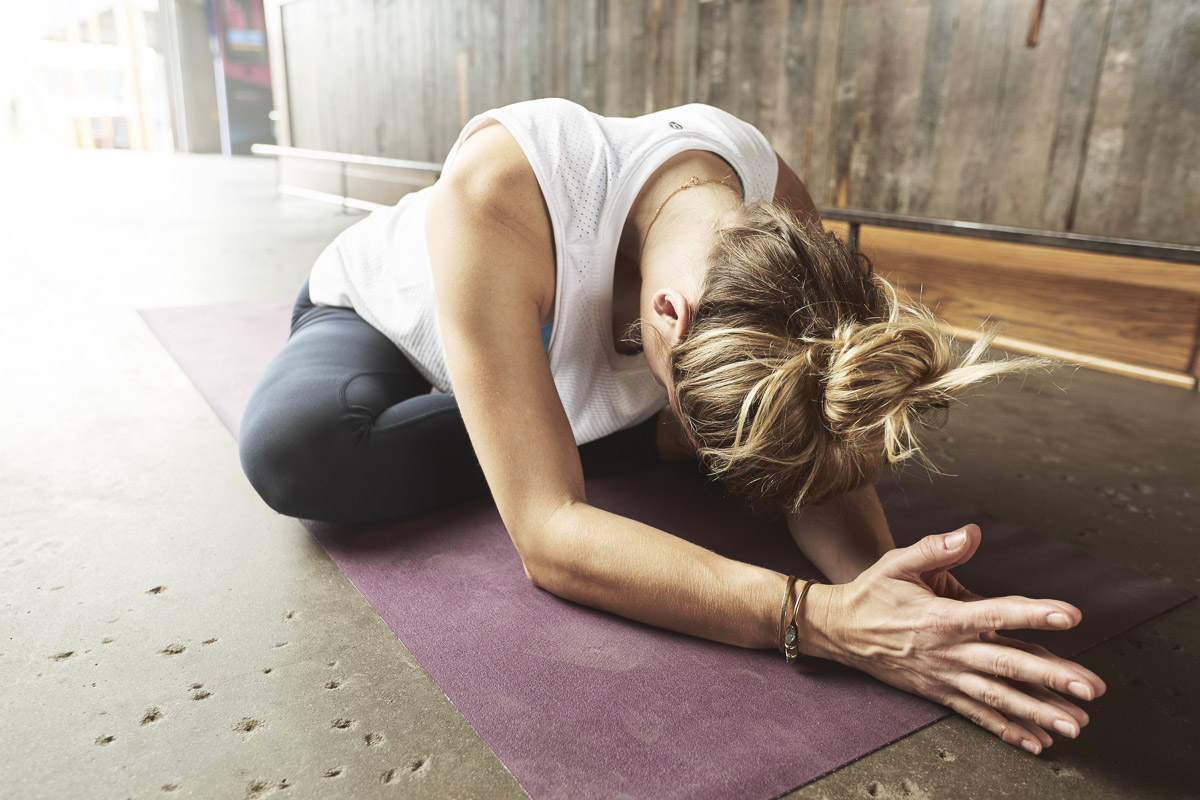 I think it was something along those lines, and it wasn’t until I really started looking into them and what they were doing that I was absolutely stoked to get them in front of the camera. I mean come on, how often do you get to put these two things together and shoot yoga in an industrial environment without it being totally cliched and out of place? I knew I was going to have a blast with it!

For those of you that don’t know about this go look it up. Angie and Cindy started partnering with local breweries around Houston to utilize their taproom space for yoga classes before the breweries were going to open so they could roll the class into a social get together to have fun and drink a post-sweat beer. It’s the Beer Run of yoga, and it’s awesome! Their personalities are perfect for it too and as soon as I met them and had them in front of the camera for 10 minutes I could understand why Lulu was so excited to ask them to join the ambassador group! 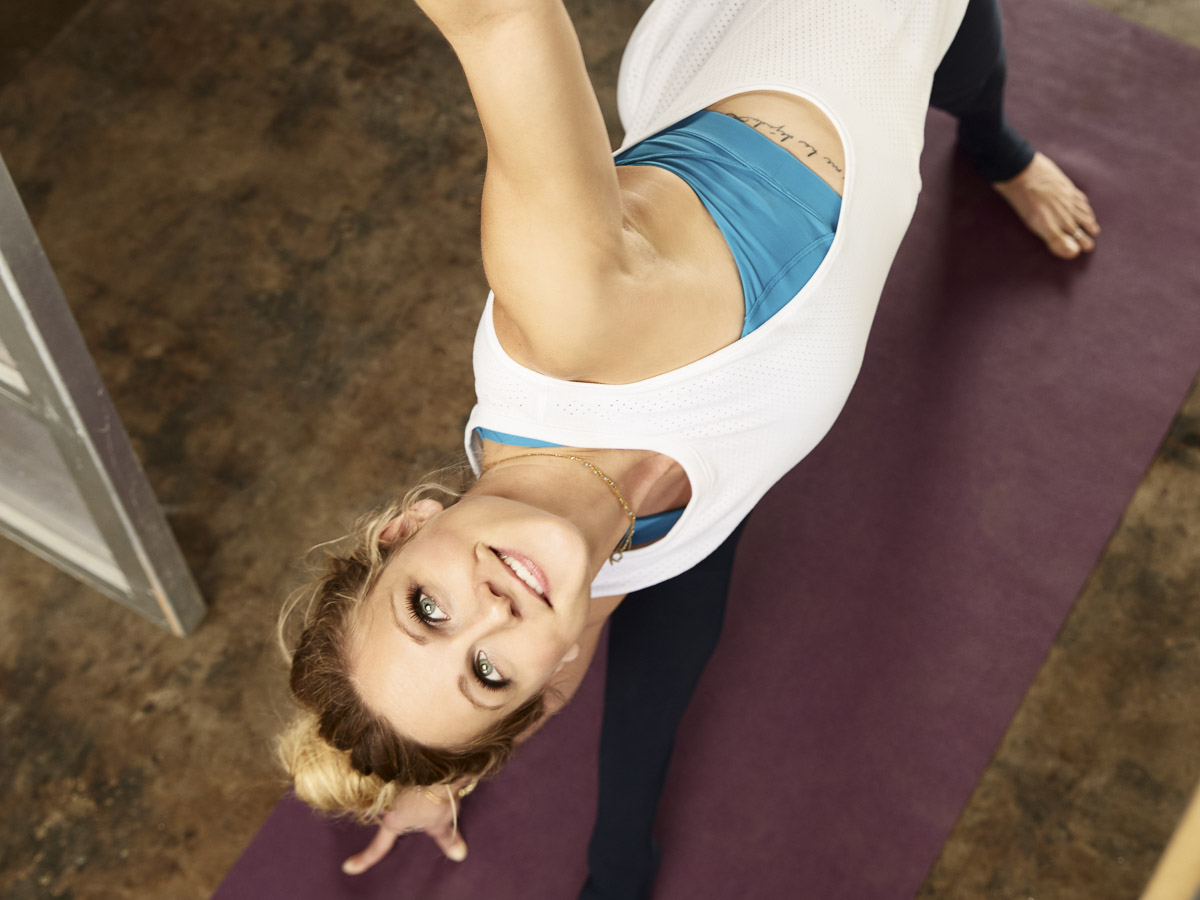 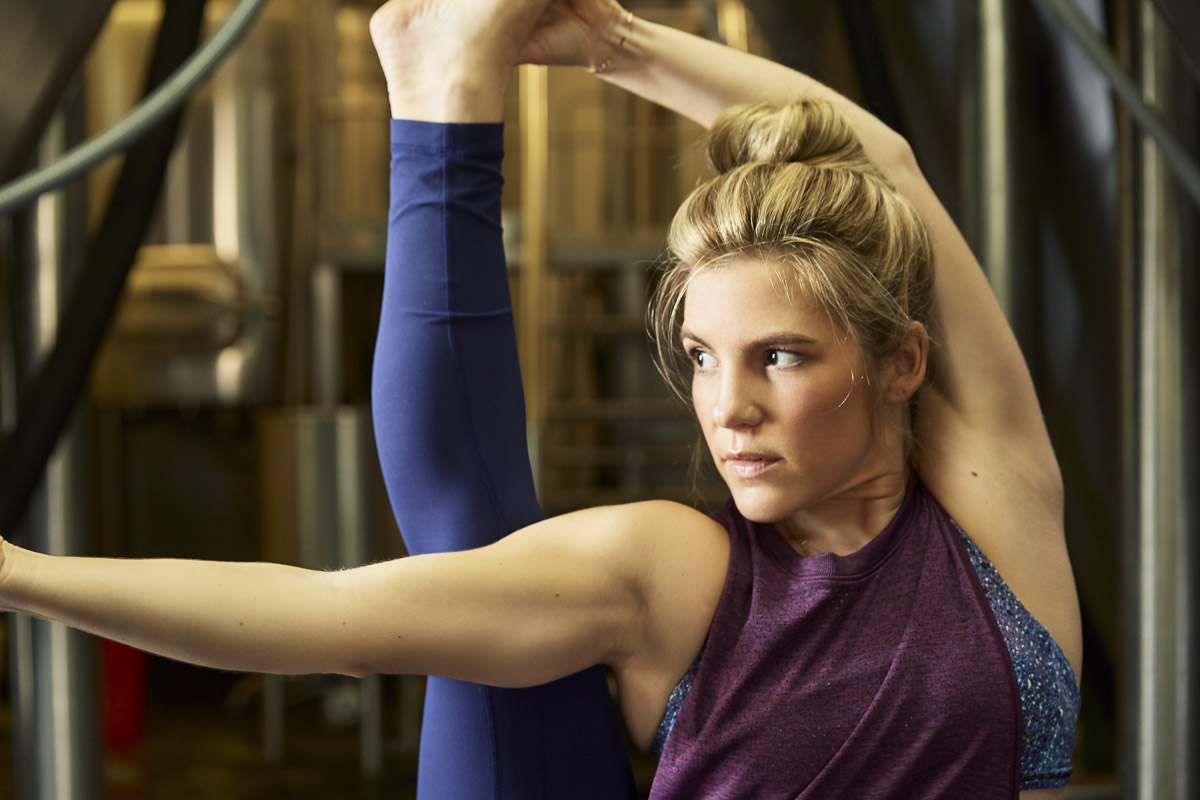 Now, don’t get me wrong, there were definitely some challenges trying to pose two people practicing yoga in a way that was complimentary and well lit in a space that was not created for lighting. But, after a lot of playing around we really dialed it in a created some great shots of the two of them practicing together before moving on individual photos. That is a little backwards than I had been working because it put the Hero image first in the line-up and then rolled into the supporting images, but it also made a ton of sense because it was the way to move the shoot through the most comfortable process possible for the models in front of the camera. 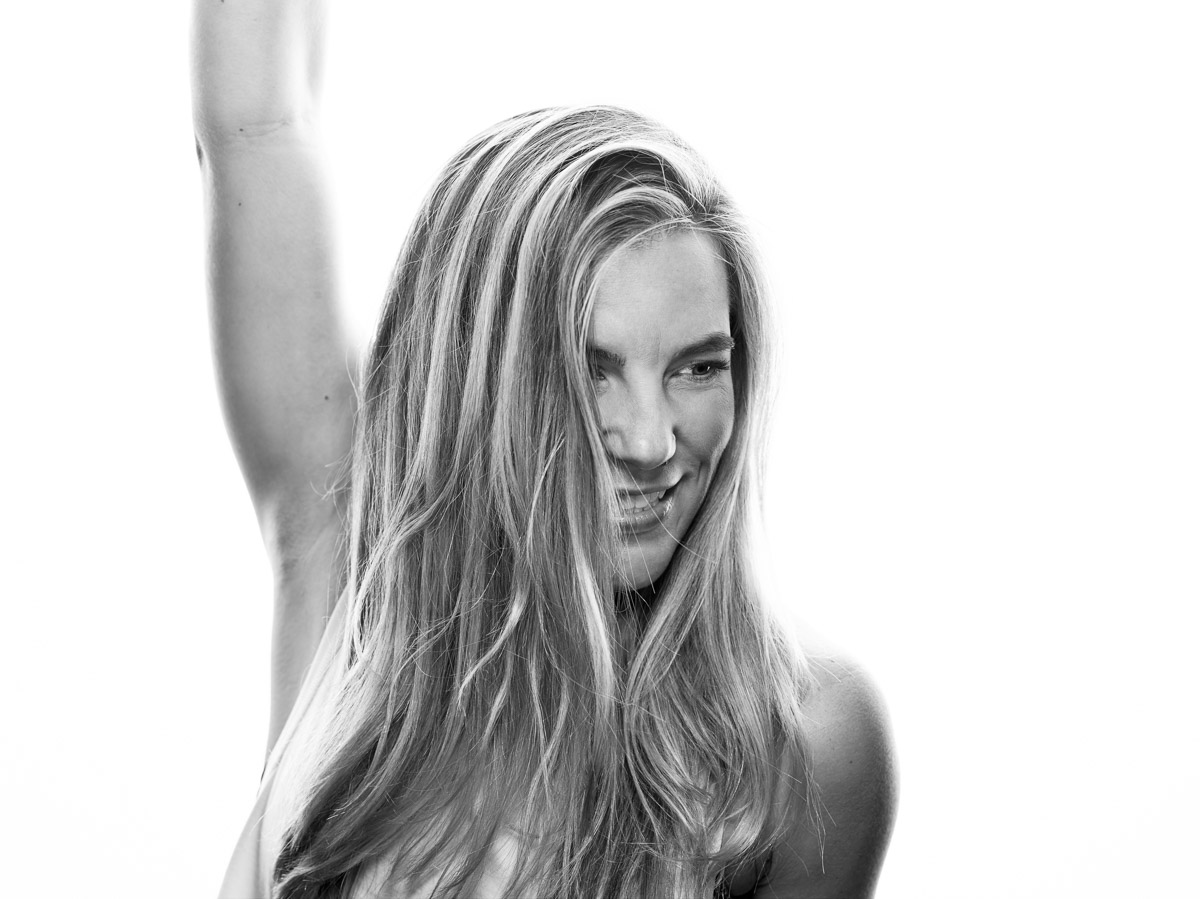 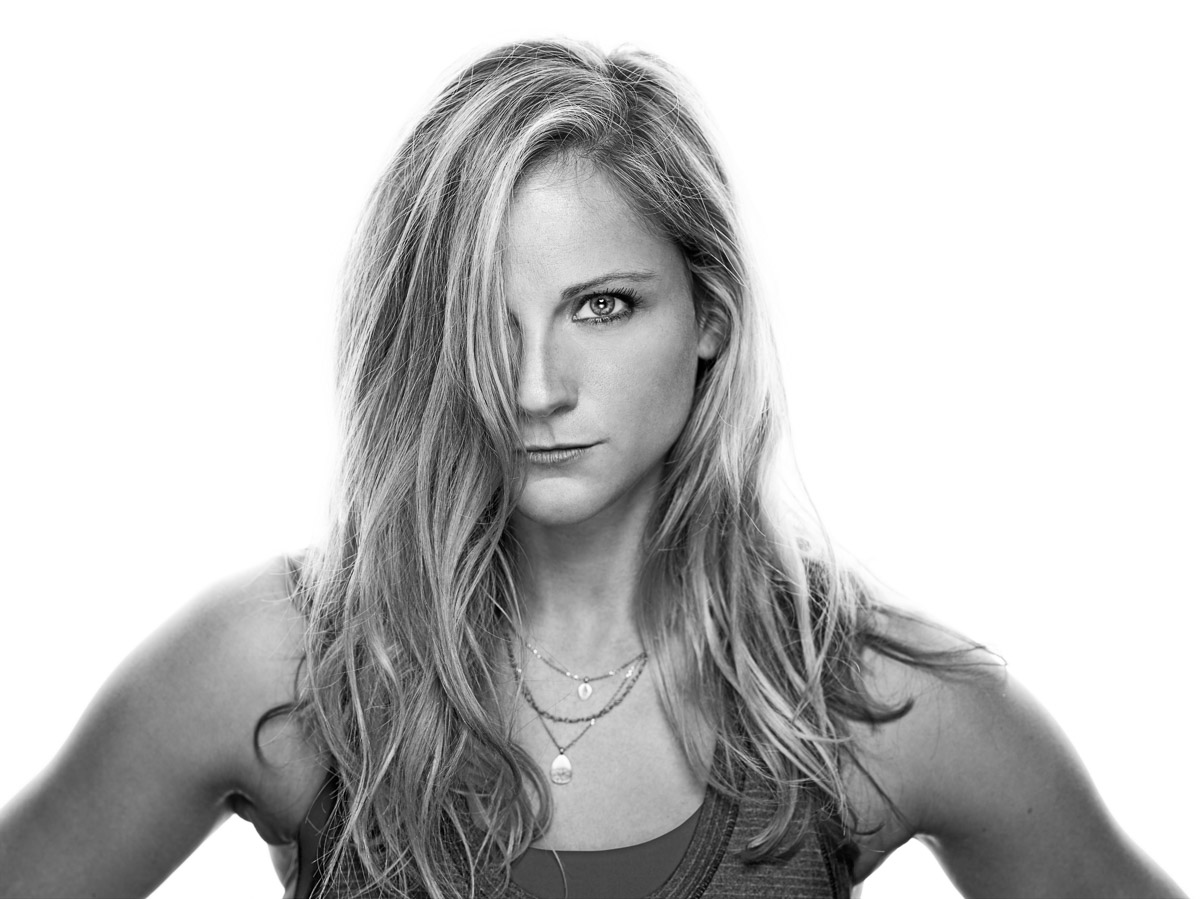 To sum up though, if you’re in the Houston area – go check out Yoga & Hops and join Angie and Cindy for a great practice and a cold one!!