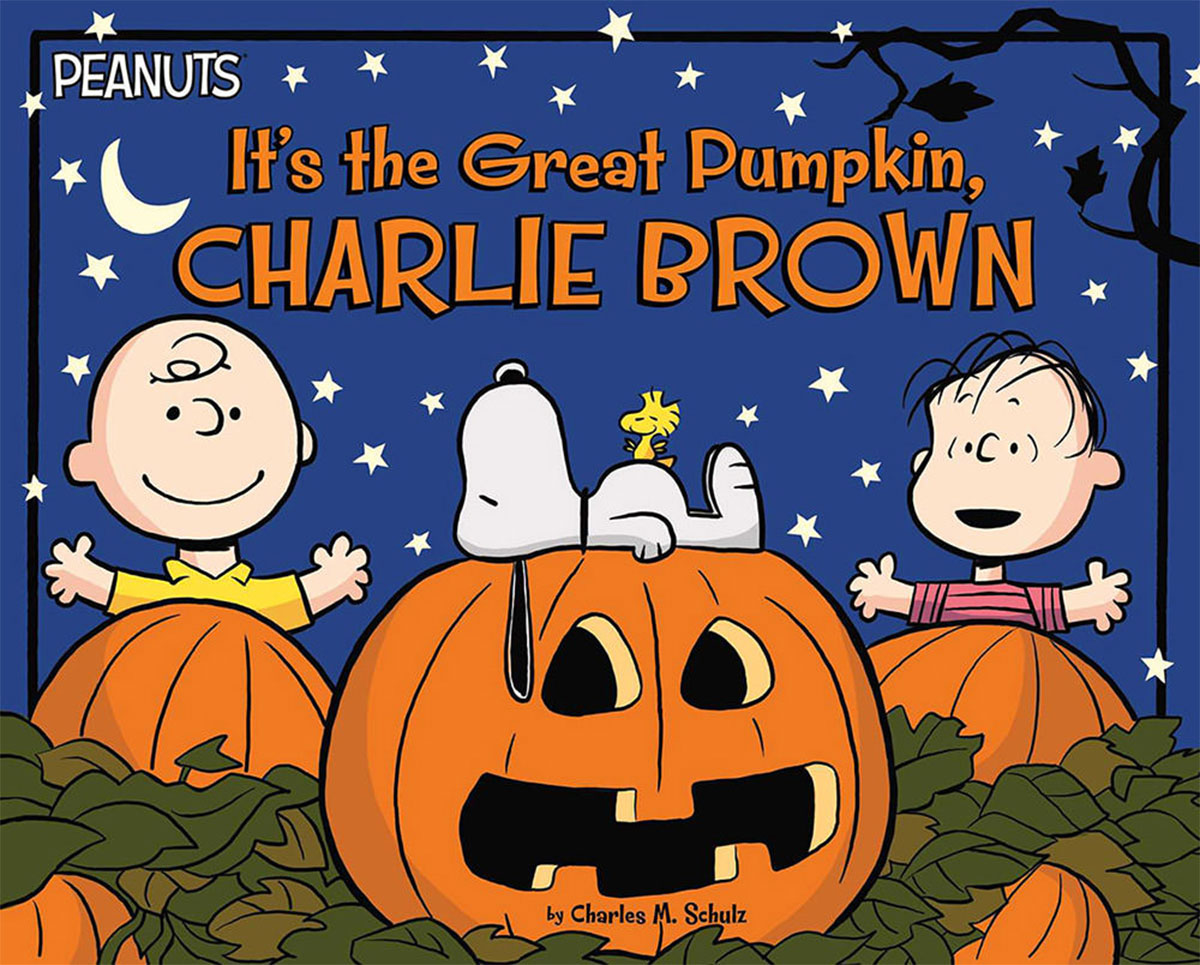 Happy Halloween everybody!! For those of you who don’t know me personally, I’m going to let you in on a few things before I get into the meat of this blog post. 1) I am a huge fan of the holidays. Just ask my family and wife… I basically start counting down the days in June/July, and I get more excited about the fact that the start of football season means the upcoming holiday season more than I do watching my Aggies break my heart year after year. 2) I’m huge on tradition. Shocker right? An Aggie that loves tradition. Stereotypes aside, it was ingrained into me by my parents (also Aggies… maybe we do fit the stereotype pretty well after all) when I was growing up and I still do a lot of the same things every year. Most of them revolve around the Christmas season, but there is one that I look forward to every year around this time. For 25 minutes each year, I shut everything down, grab a cup of coffee or apple cider, and I watch It’s the Great Pumpkin, Charlie Brown. It is a classic and one of my all time favorites. Oh yeah, 3) I love The Peanuts. If you don’t, you are seriously missing out on some great life lessons and all around good times with Chuck, Snoopy, and the gang. But, I digress… To the point of the matter, while I was going through this year’s run through, I noticed something about the beginning of the cartoon that ends up being a theme throughout and spoke to me as a photographer and an artist. So, I’m going to try and channel my inner-Chase Jarvis here for a moment and spread some Linus-like wisdom on y’all. First, some background. It’s the Great Pumpkin, Charlie Brown was a follow up to the HUGELY successful Merry Christmas, Charlie Brown. Charles Shultz (the creator) and the team that created the first movie weren’t sure they could live up to the same expectations delivered for the Christmas Special but they set out to do so anyway. Shultz has always had the story focus on Charlie Brown, Snoopy, and their happenings and anecdotes with the other characters, but he has always used one key member of The Peanuts for his source of wisdom. Linus. Linus is the unsuspecting hero of the series with his wisdom and the help of his ever-present, little blue blanket. He reminded everybody what the meaning and spirit of Christmas is all about, but in ITGPCB, Linus takes a different role as the kid who believes in The Great Pumpkin, a Santa like myth that only he believes in who delivers toys to all of the good, believing children around the world. Now to my epiphany this year as I watched and guzzled coffee on a rainy Saturday morning… As artists, a lot of times people look at what we do for a living and they just can’t figure it out. It isn’t 9-5, it isn’t steady, it may not necessarily speak to them, and it is a risky endeavor to take professionally at best and a sentence to a life of struggle at worst. We live with that constant fear because it drives us to be better, work harder, and express ourselves even more through our work. That’s not to say that all jobs and careers don’t do the same thing, but the life of an artist, be it a photographer, a musician, a painter, or a comic, it just a little bit different than most careers and hard to put a finger on for some.

In ITGPCB, Linus is that struggling artist and he delivers a key message to all of us in an extremely downplayed manner: Never let your dream go, follow your heart, and ignore what others may tell you. At the beginning of the movie, we see Linus sitting at his table again, penning a letter to The Great Pumpkin about his continued faith in his existence and his appreciation for sincerity. All the while, the other characters are belittling him and telling him he’s a fool for believing in such a lost cause. He’s called crazy, a laughing stock, told that his belief in his cause isn’t worth the same faith as that of another, and he’s just waisting his time. At the end of the letter scene, we still see that even Linus can have a bit of doubt when he finishes his letter with the line, “Everyone tells me you’re a fake, but I believe in you. P.S. If you really are a fake, don’t tell me, I don’t want to know.” We see doubt creep in a little as he is laughed at by all but one, the woman who is absolutely infatuated with him – Sally, who he even ends up scoring a date in the pumpkin patch with. So many times this the position we find ourselves in as artists. I know that I’ve heard the same things over the years, not necessarily expressed in the same hurtful manner, but cautioned to me about my pursuit as a photographer. The life of an artist is a difficult one and not necessarily understood by friends, family, and many others. It’s so much easier for us to pick a more mainstream career, but it’s not where our hearts lie. There is always a part of us, an inner-voice that screams for more. Ignoring it feels like a disservice, but if we choose to follow it, we have to be a little like Linus and believe in the face of adversity and negativity. If you’re lucky, you’ll find a Sally who will support you, love you, and tell you that you, “Say the cutest things,” for the rest of your life. You need that and its more important than I could have ever imagined. Especially when doubt begins to creep in a little bit after a bad review or meeting and that seed of doubt starts to grow. In the same way that Sally’s belief in everything Linus helped urge him to vocalize his belief and mail the letter anyway. 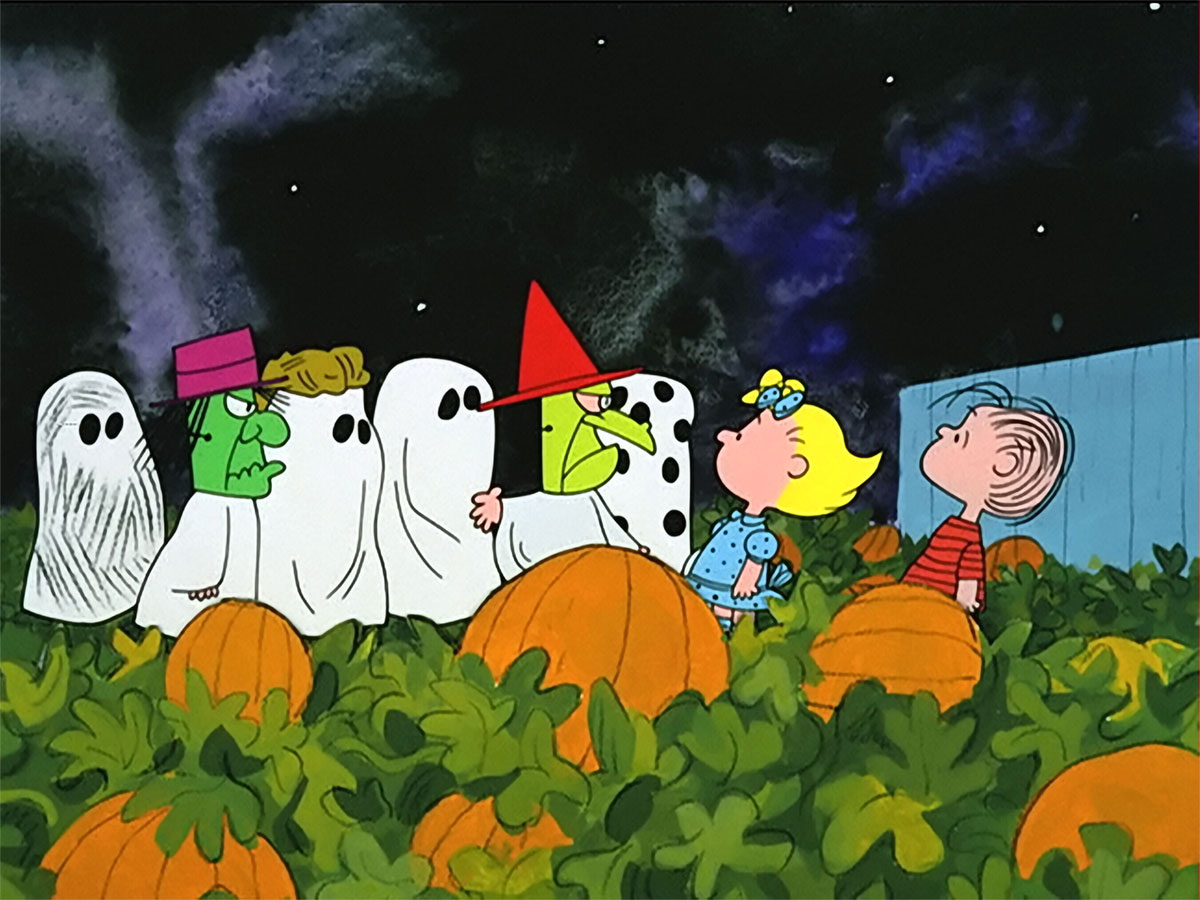 As the show progresses, we see Linus alone in the pumpkin patch awaiting the great pumpkin and everybody else busying themselves with the festivities of Halloween. Creating costumes, planning parties, collecting candy… and rocks. He’s laughed at again and again, asked if he wants to join the rest of the group for trick or treating, and told he’s going to miss out. Perfectly content with waiting in his sincere little pumpkin patch with Sally, as long as he doesn’t hold her hand. Again, a perfect analogy for the life we choose as artists. We could join the mainstream and work the corporate ladder like so many others. It is a known entity full of candy, happiness, friends, and a relatively planned outcome. It’s an awesome choice for most and I don’t discredit it at all. I’m an engineer, remember? We choose to stick to our pumpkins with the belief that when we do finally meet the legendary outcome we’ve been seeking this whole time, we’ll have so much more to show for it than we would have otherwise. It’s hard. It’s absolutely a difficult thing to see the successes and planning of others and keep on driving, but if you truly believe in what you’re doing and you want it bad enough, you have to keep at it. It’s not going to be easy and it may seem lonely, but I guarantee you’re going to be happier if you can stick to your guns and do it. 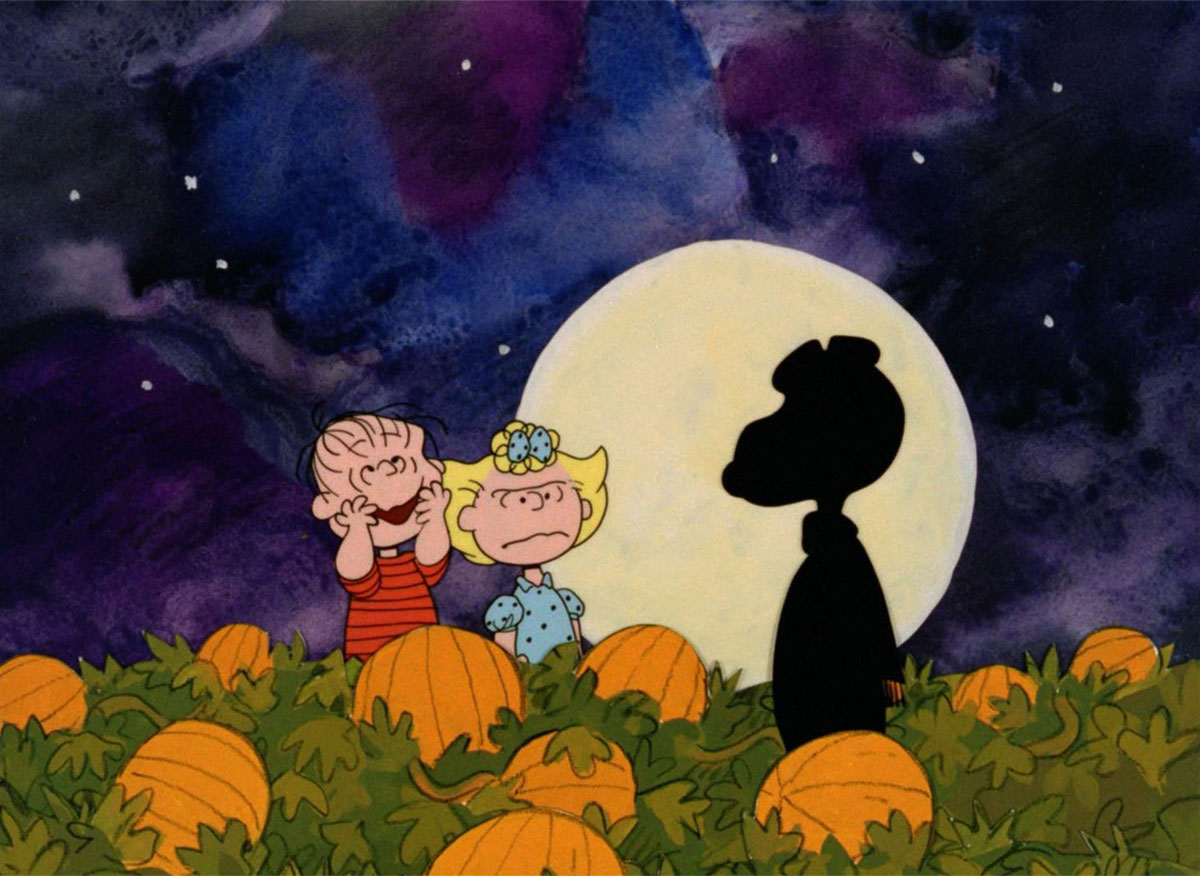 As for the end of the show, this time it didn’t work out for Linus quite like he hoped, but ultimately his family and friends were there to take care of him, bring him out of the cold night, and console him in his time of difficulty. This is a another perfect moment in Shultz’s show because it shows us that even those who might question our pursuits will ultimately be there for us in the end no matter what. Even after the big loss, his faith still was never shaken and he vowed to keep believing in The Great Pumpkin, ready to work even harder and be more sincere the following year! In closing, if you love it, if you believe in it, then be a little like Linus and keep the faith. Find people who are willing to surround you with love, support an idea that may seem like a fantasy to others, and wait in a pumpkin with you and you’ll always find happiness, no matter the outcome.